Fluorite stone and its properties 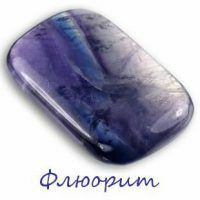 Fluorite - a stone of amazing beauty and extraordinary properties, thanks to which this mineral has found application in various spheres of human life.

The first stone of fluorite was described by G. Agricola. This same famous German scientist called the stone - "fluorite", which in Latin means "flowing".This name of the stone is not accidental, because fluorite contributes to the fact that the ore during melting is easier to separate from the slag, making them really more "fluid".

The official name of the stone was received in 1546.But fluoride was used by mankind much earlier.

There is evidence that the vessels made from fluorite were also used by the ancient Romans. However, then it was called "murin" and was highly appreciated. Often, made of fluorite vases, boxes and jewelry, called "mourning", were on par with products made of gold.

Decorations made of fluorite, made, according to archaeologists, more than a thousand years ago, were discovered both in the territory of modern Czechia and on Ukrainian lands.

During the antique period, fluorite produced expensive jewelry. Soon the fashion passed, and this stone, thanks to its wide range of colors, was used by skilful masters only to make imitations of precious gems: emeralds, rubies, topazes, amethysts, sapphires.

Confirmations to this have been discovered quite recently. For example, it turned out that expensive dishes, once owned by Tsar Alexis Mikhailovich, and which for a long time were mistaken for amethyst, was made of fluorite.

Only at the end of the 16th century, after describing the stone and giving it the name "fluorite", the fashion was renewed with renewed vigor.

In ancient India, fluorite was revered not only for rare beauty, but also for its powerful magical properties.

Currently, fluorite is used in the chemical, smelting, jewelry and optics industries.

Externally fluorite is a transparent or translucent beautiful stone of a unique color scheme. Its blue, yellow, pink, purple, reddish-pink, blue-black hues have no analogues and simply amaze with its beauty.

Quite often you can find fluorites with unusual, unique patterns, created splotches, spots and stripes of different colors, as well as the zoning color - the transition from less saturated to a more intense degree of color.

The name of the stone comes from the Latin word "fluor", which literally translates as "flow", and is associated with its high melting properties. Other names for the stone are associated with them: "plavik", "melting spar".

Given that in the old days fluorite was often used to simulate precious stones, this mineral was also called the transvaal, fake and South African emerald, the "false-topaz", "false ruby", "false sapphire", "falsh-amethyst"and described it G. Agricola called the stone "ore flower".

As a separate unique mineral, fluorite took its place of honor among gems only after its unique properties were discovered - a glow in the dark and the ability to leave an indelible trace on the glass after dissolving in sulfuric acid.

There are several varieties of fluorite, based on the color range:

The fluorite is fluoride of calcium in its species. Its chemical formula is CaF2.


Fluorite is colorless in its classical form( without impurities), however, the impurities contained in it color the stone in a wide variety of colors: green, turquoise, golden yellow, pink, blue, dark purple. This color of fluorite is due to the presence in its chemical composition of rare-earth elements, as well as uranium, strontium, chlorine, thorium, samarium and iron. It is often inhomogeneous, with zonal staining.

Fluorite crystals are transparent or translucent with a beautiful characteristic glass shine. They are quite fragile, but they have a rather high density - from 3.1 to 3.2 g / cm3.

High and melting point of fluorite is about 1360 ° C.But the hardness of the mineral is not very high and is 4 units on the Mohs scale.

It should be noted that fluorite easily dissolves in hydrochloric acid, leaving an indelible trace on the glass. The main distinctive physical properties of this stone are:

Fluorites with defects in the crystal structure are often encountered, which contributes to the reaction of the stone to heating and radioactive irradiation. With a similar effect, the color of the stone changes. So, when heated to 700 ° C, fluorite fades and can completely discolor, and under the influence of X-rays - restore color.

Folk healers recommend fluorite as a remedy for getting rid of acute headaches and migraine headaches.


It is believed that this stone:

Lithotherapists suggest that the therapeutic properties of the mineral:

For therapeutic purposes, special balls are made of fluorite for performing stone massage of the face and body surface area.

Since ancient times, strong magical properties have been attributed to fluorite. Even the mages revered and feared him. Quite often, for carrying out spiritualistic sessions, predicting the future and conducting meditations, fluorite balls were used.

According to astrologers, fluorite is suitable as a talisman for all signs of the zodiac. Most positively, this stone affects Gemini, Aquarius and Pisces.

Application of the stone

In the modern world, fluorite has found extensive application in many industries:

How to distinguish natural fluorite from counterfeiting

Fluorite is a fairly fragile stone and requires a very careful attitude and special care.

It is useful once a week to "discharge" the fluorite under running water and "charge" it for one or two hours under the sun's rays.

Photos of fluorite and products from it 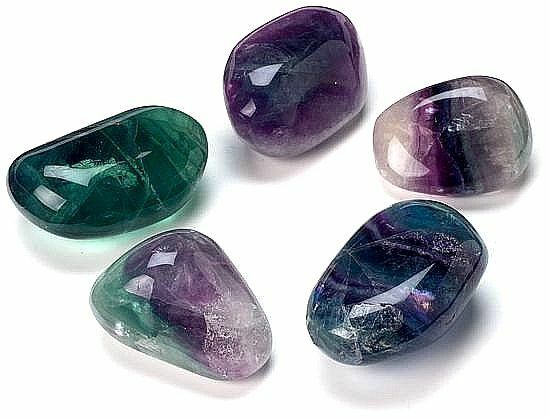 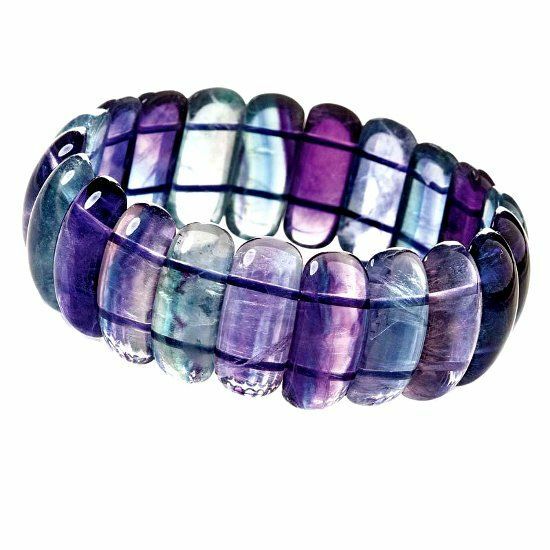 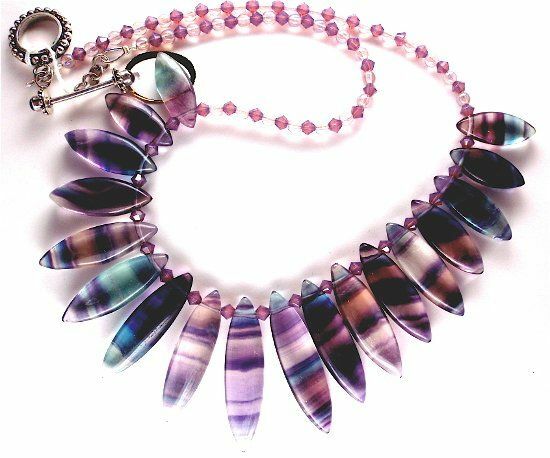 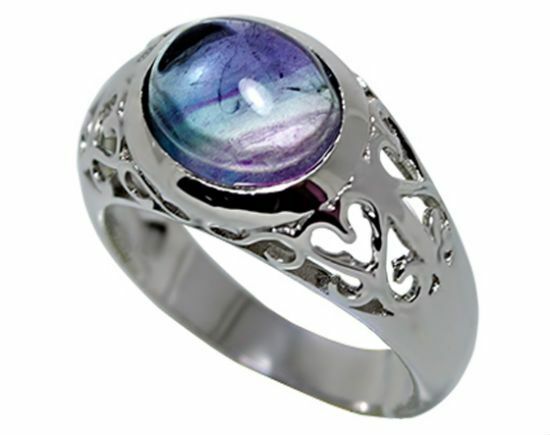 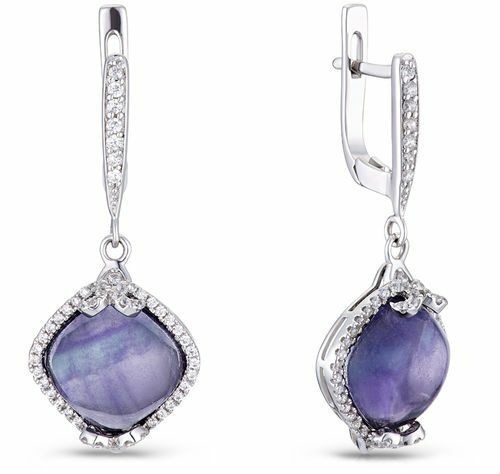 Very beautiful stone! For the first time I hear about this, and would not refuse to buy a product for one of it. Earrings, or pendant, or ring. Moreover, so many good properties are observed. I believe in the strength of the stones and try to decorate the jewelry so that the stones in them contained, I somehow helped))