The stone lapis lazuli and its properties 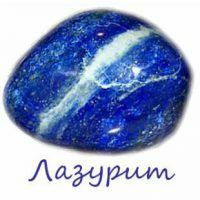 "Azure stone" - so in Russia was called a beautiful sky-blue gemstone lapis lazuli. This beautiful decorative stone was used in decorating the interior of the temples and facing their facades. Shining in the sun, a deep blue-blue color, this stone aroused special sincere awe in believers.

And today, products made of lapis lazuli are very popular.

The history of lapis lazuli is more than 7 thousand years, from the moment when itThey began to mine in the Badakhshan mines of Afghanistan. A special attitude to this stone was in many countries of the world.

The modern name of the gemstone "lapis lazuli", according to specialists, appeared in the 18th century and came from the words "azul", which in Arabic means "heaven" and "lazhvard", which means "blue" in Persian.

In Italy this gem was called "Lapis Lazzuli", and in France "Pierre d'Azur".There are other names for this mineral: lazuli, lapis lazuli, "sky stone".

Saturated bright blue and blue shades of the gem give sulfate and sulphide ion radicals. It is their presence that provides this or that color of the stone. Depending on the shade and homogeneity of the color, there are such varieties of lapis lazuli:

The chemical composition of this gem includes:

The crystals of lapis lazuli have a simple cubic structure.

Lazurite was initially mined in Afghanistan, in Badakhshan. Here and to this day are the richest deposits of several of its varieties. No less famous for today are deposits of lapis lazuli in Pamir, in China, Tibet, India and Burma.

Scale lapis lazuli in Canada, the USA( in California), Tajikistan, Russia( in the Southern Transbaikalia and Baikal region), in Africa.

Medical properties of the gem

It has long been believed that lapis lazuli is a wonderful tool for restoring vision, it is enough to contemplate this beautiful gem every day for at least a few minutes.

In addition, traditional healers attributed the stone to anti-inflammatory, anti-burn and analgesic properties.

Lithotherapists recommend wearing lapis lazuli around the neck in the form of beads or gold-framed ornaments. This, in their opinion, can help:

And folk healers advise wearing lapis lazuli or products from it to pregnant women. They are sure that this stone can protect the future mother from miscarriages and help cope with the toxicosis.

Ancient Egyptians considered lapis lazuli as a divine stone and believed that it was possible to communicate with gods using it, so they made special paint from lapis lazuli and painted the clothes of high priests. In addition, the Egyptians were confident that this stone is able to free the soul from demons. For this purpose, they applied to the top of the lotion, made from grated lapis lazuli, water and gold powder.


In Europe, lazuli was considered a stone of sincerity and frankness, and its receipt as a gift is a manifestation of true friendship.

And today, people who believe in the magic power of stones, say that lapis lazuli can help a person:

To this end, various talismans and amulets are made of lapis lazuli.

Astrologers say that it is possible to wear lapis lazuli to almost all the signs of the zodiac. Only the Capricorn of this gem is recommended to be avoided.

Most of all, this stone is suitable for people born under the signs:

To a lesser extent:

Lazurite is a jewelry, ornamental and ornamental stone. It can be easily processed: cutting, grinding, cutting and grinding. Thanks to this stone is widely used for manufacturing:

It should be noted that in the jewelry business the most popular is a homogeneous dense lapis lazuli purple, dark blue and cornflower blue. It is cut in the form of plates and cabochons and is sent to silver or non-precious metals.

As an ornamental stone, lapis lazuli is very similar in its characteristics to marble and is successfully used for the manufacture of table tops, stained glass and wall panels, writing materials and souvenirs.

According to legend, the tablets that were given to Moses on Mount Sinai were made from lapis lazuli.

Jewelry from lapis lazuli was found by archaeologist Roman Hirschman during excavations of the burials of two women who lived in Iran at the end of IV-III millennium BC.e.

Above the throne of the famous Iranian king Khosrov II Parviz, who ruled Iran from 591 to 628, hung a canopy made of gold and lapis lazuli, which depicted the signs of the zodiac, stars, planets and ancient reigning persons.

1248 kilograms of Badakhshan violet-blue lapis lazuli were used to cover the columns of the iconostasis of St. Petersburg's St. Isaac's Cathedral, reaching a height of five meters.

Today in the State Hermitage there are exhibited a vase and a table top, carved from a monolithic stone and lined with lazurite.

Natural lapis lazuli is particularly resistant to high temperatures. According to the manuscripts dating from the 17th century, in order to reveal the defects in the structure of lapis lazuli, before using it for making jewelry, it was mulled on fire for several days.

How to distinguish natural lazurite from counterfeit

Natural lazurite is forged quite often. Naturally, most often, the most expensive varieties are forged. For this purple color is painted with jasper or sodalite.

To distinguish a fake from natural lapis lazuli is quite easy. This can be done with the help of light, water and fire.

Photos of the stone of lapis lazuli and its products 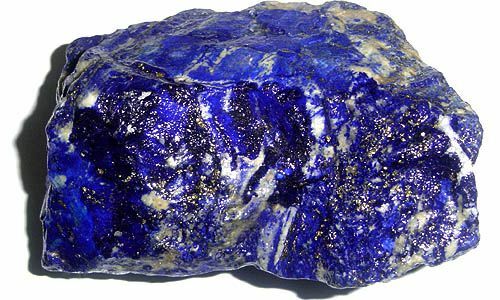 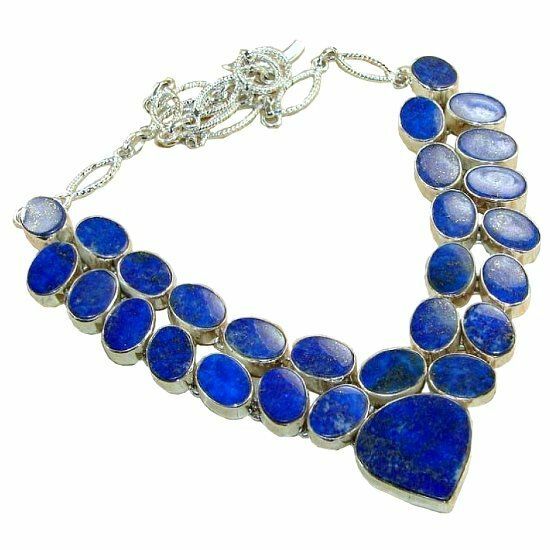 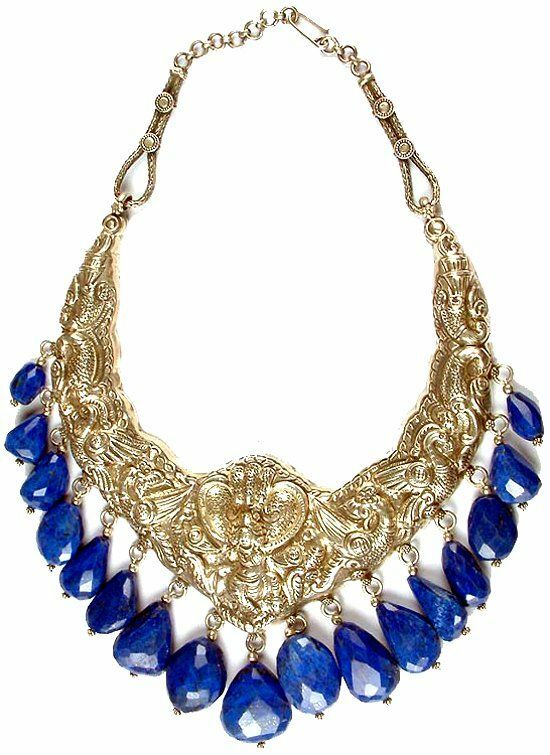 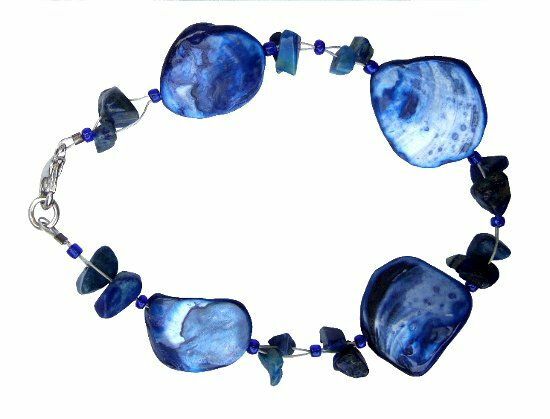 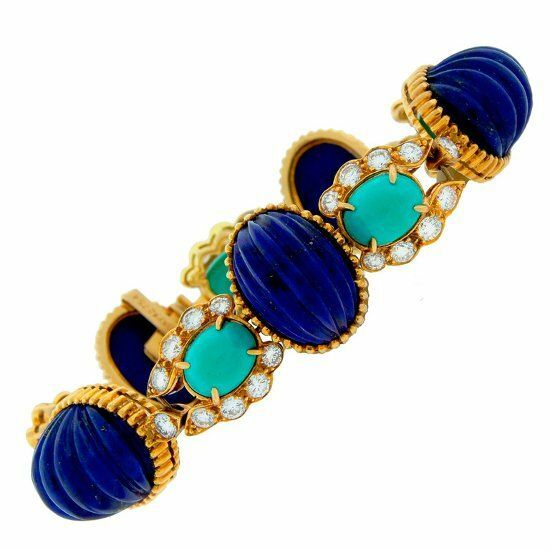