The reasons for the appearance in the language of white plaque 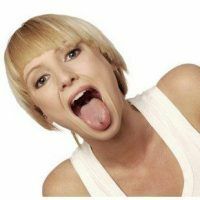 There is an opinion that the language should be gently pink, without plaque and stains. But a white coating on the tongue is formed in every healthy person. It is caused by the accumulation between the papillae of remnants of food, dead epithelium and leukocytes, curdled protein saliva. In other words, getting rid of it is completely impossible and not necessary. Signs about the violation of body functions only the situation when the tongue is coated with white coating, it is impossible to clean mechanically. Let us consider the most frequent reasons for the appearance of white plaque in the language.