Stone coil and its properties 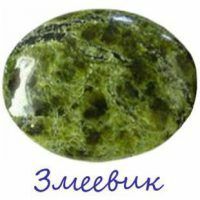 Serpentine - a fairly common jewelry and ornamental decorative stone, "snake" coloring which gave birth to many legends and myths.

As an ornamental stone coil is used in Europe for more than 400 years. Initially, various interior items, dining sets, countertops, watches, caskets, writing instruments and other products were made from it. And in Germany, the pharmacy vessels made of serpentine were especially popular;it was believed that this stone has special antiseptic properties.

Due to its low hardness and its unusual variegated color, the coil was widely used in Florentine mosaic.

Made jewelry, amulets and mosaic from the coil and in Central America, and, long before the arrival of Columbus.

In China, as well as in other Far Eastern countries, the coil was used as an inexpensive imitation of jade and jadeite.

In Russia, the coil was used mostly for facing the palace interiors, although the skillful Ural masters managed to make various interesting souvenirs from this pliable stone. Some varieties of coils went to the manufacture of inserts in jewelry. Especially popular this mineral was in the XVIII century, after the discovery of its vast deposits in the Urals.

The sound name of the stone "serpentine" is directly related to its unusual coloring, very similar to the coloring of snake skin: characteristic spots and veins on a greenish-yellow or dark green background.

The color of the mineral is also associated with its other name - serpentine, derived from the Latin word "serpens", in the translation meaning "snake".Another name for the mineral is the apothecary stone. His serpentine got for the fact that initially he made various utensils for pharmacies, including apothecary cups and mortars.

This is an opaque stone with a fibrous or leafy structure. It refers to inexpensive decorative semi-precious minerals. Some of its varieties resemble nephrite in appearance, but differ in their chemical composition and physical properties from nephrite, in particular in density and hardness: the coil is much softer and easier to treat.

stone Coil is a dense, massive rock with a fibrous, cryptocrystalline or fine crystalline structure. The coils belong to a whole group of minerals of the same composition formed as a result of hydrothermal changes in magnesian or carbonate rocks( dunites, peridotites, pyroxenites, etc.) rich in magnesium.

In terms of chemical composition, coils are magnesium silicates containing magnetite, carbonate, talc and other minerals.

The coil crystals are mostly opaque and not very solid. The hardness of coils according to the Mohs scale ranges from 2 to 4, and the density is 2.6 g / cm3.They have silky glass greasy luster, are easily polished.

The color of the minerals in this group is from greenish-yellow to dark-green, and the pattern is coarse-grained, finely-sprinkled or banded, depending on the chemical composition of the stone and its structure.

coil varieties Depending on the color and features of the pattern, these types of coil are divided:

Coils are widely distributed. Their deposits were discovered at various times in the USA, India, Italy, Mongolia, New Zealand, Kazakhstan, Afghanistan and Cuba. A lot of coil deposits have been found in Russia, in particular in the Urals, Siberia and the North Caucasus.

Since ancient times, the stone of the serpentine has been used to treat many bodily and mental illnesses.it was believed that he was able to pull out of the damaged field of man all negative entities.

Modern lithotherapists advise to use a coil with:

However, for the treatment of various diseases, lithotherapists recommend using the serpentine differently. For example, in order to calm the headache and get rid of sleepiness, they recommend wearing earrings with this mineral, and that the bones grow more quickly in fractures - wearing inlaid rings and bracelets.


It is also believed that the serpentine can enhance the action of any medication. However, for this purpose it is recommended to keep the preparations in containers made of this stone.

Long ago people believed that the magical properties of the serpentine are so strong that they can only be used by sorcerers, sorcerers, magicians and shamans.they can bring complex trials and dangers to the common man. At the same time, people believed that if a person stood these tests, he would gain power over the stone, and then the coil would help him achieve his goals and exit from particularly difficult life situations, strengthen his physical and intellectual capabilities and give courage.

Modern esotericists consider the coil to be a strong energetic, which contributes to the spiritual balance of a person and can help him feel protected.

As a talisman, this stone is recommended for lawyers, sportsmen and businessmen, this stone will help them achieve the highest results in their core activities.

According to astrologers, the stone coil is most suitable for Capricorns and Virgins.

So, Capricorn, he is able to help in sports achievements, and Virgo - in the knowledge of the world of nature and the intricacies of communication.

It is strictly forbidden to wear a coil to people born under the signs of Cancer and Pisces. It is believed that the serpent can seduce them with cheap entertainment and lead to a vicious lifestyle.

All other signs of the zodiac, astrologers recommend wearing a coil not more than two or three times a week.

Due to its small hardness and at the same time high decorativeness for many centuries, various types of coil were used as jewelery and ornamental facing stones as well as stone-cutting materials.

And today coils remain one of the most popular natural materials used for interior decoration. They walled walls and fireplaces, decorated the interiors of swimming pools, bathrooms, saunas and baths.

How to distinguish a natural coil from forgery

A coil is a fairly inexpensive jewelry and ornamental stone, however, even acquiring this sufficiently accessible stone, one can get a cheap plastic counterfeit.

To avoid disappointment, you need to know how to distinguish a natural coil from a plastic counterfeit.

Photos of the stone of the serpentine and its products 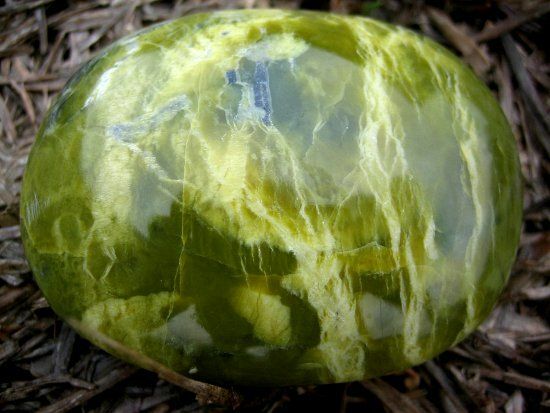 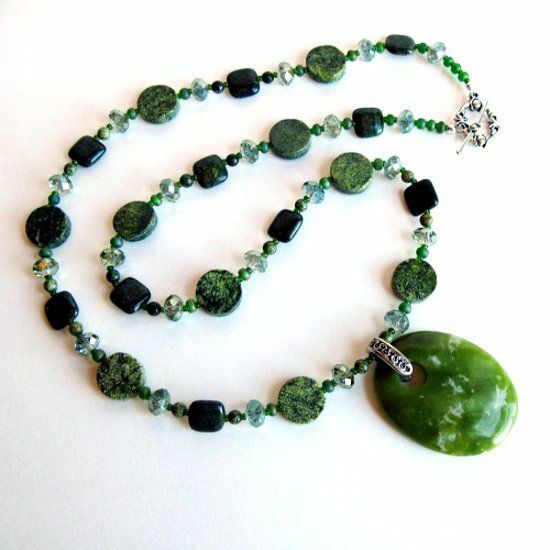 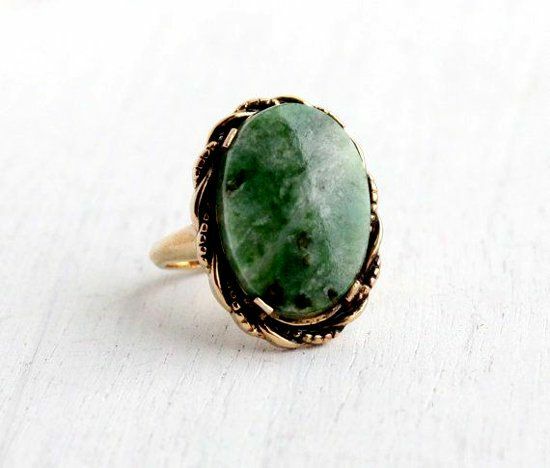 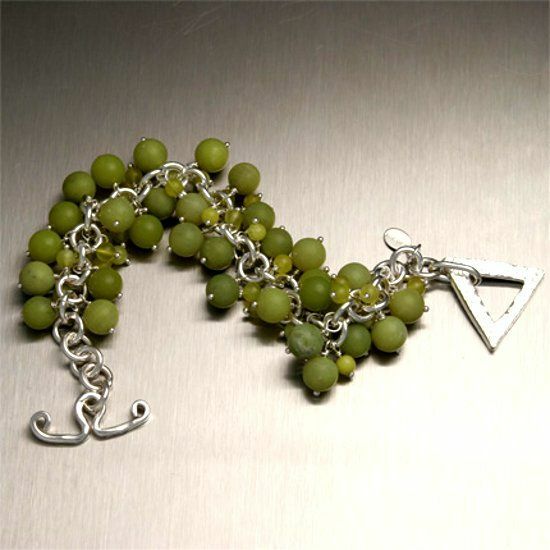 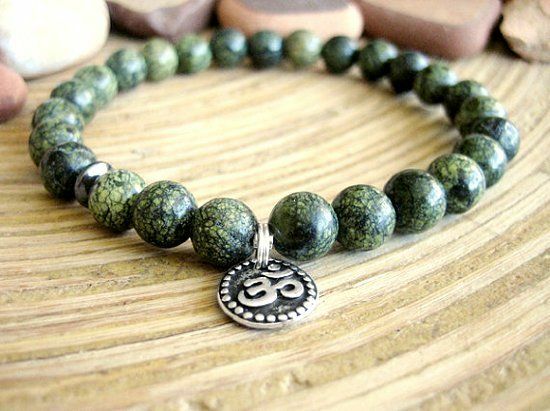 I was born under the sign of the zodiac-raka. YOU write that the crayfish categorically does not fit the stone of the serpentine. But when I saw the beads from this stone and immediately bought it. They were so attracted.that I approached the counter several times and still got them. I rarely dress clothes.

The stone itself called you, everything else does not matter! !Astrology is often grossly mistaken in my opinion( (Everything is very individual and astrology here is powerless! The coil will protect you all life from evil people and inferior inhabitants of the astral. The stone loved you and will willingly draw to you all the positive and necessary for your Earthly life! Believe only your feelings! ! Do not listen to the fools of the stars!

I have a coil in the form of an egg and a stand against it, too, from a coil. Long stood locked in the sideboard, and recently I decided to rearrange him to the bedroom on the shelf. And I began to notice once a week the egg in the pedestal is tilted, I put it in place exactly, and it again takes a week to get in the position of ponies, and lately I'm correcting it every day. .. What does it mean? ??