Stone labrador and its properties 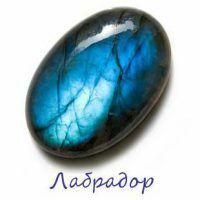 A stone with an unusual name Labrador is a fairly rare mineral from the group of plagioclases( aluminosilicates), the feature of which is a special iridescent effect, coloring the stone in all colors of the rainbow. Due to its iridescent color and its magical properties, the labrador is considered one of the most mysterious stones.

Description of a mineral

In appearance, a labrador is an opaque stone quiteunpretentious colors: from gray to blue-black. But thanks to the iris( colored iridescent iridescent surfacing on its surface), also called "labradorization", this stone looks amazingly elegant and beautiful. Labradorization occasionally is continuous, located on the entire surface of the mineral, but more often it is located locally in the form of spots and various patterns. By its color, the Labrador's irisation can be of all colors of the rainbow: blue, blue, green, yellow, red, and sometimes combine not one but two, three and more colors.

The name of this mineral with unusual rainbow overflows was due to the name of the place where it was first discovered - it is the Labrador Peninsula, located in the east of Canada.

Another name for the stone appeared due to its unusual iridescent multicolored coloring, reminiscent of a bright peacock's tail - "peacock stone".This is the name for the mineral in India.

And, finally, another ancient name of the Labrador - "tavusit" or "tausinny stone."This obsolete name comes from the Persian word "tavusi", literally denoting "peacock".

European missionaries first saw the Labrador, visiting the camps of the Eskimos of North America, where various crafts and ornaments were made from this stone.

It was brought to Europe in the late 18th century, or rather, in 1770.Labrador immediately fell in love with the main European women of fashion - Englishwomen and Frenchwomen, who gladly wore earrings, brooches, pendants and rings with "peacock stone".

In Kievan Rus this rainbow stone was used for interior decorations when erecting temples, cathedrals and tombs of princes, as evidenced by preserved mosaics and fragments of decoration.

A special surge in fashion for the Labrador in Russia has been observed since 1781, after the discovery of huge blocks with the presence of mineral eyes in the vicinity of St. Petersburg. Petersburg nobility appreciated the beauty of the stone. From it began to order various objects of an interior: figurines, bright snuffboxes, table-tops which decorated even imperial residences. There was a fashion and on "peacock coloring" in clothes. Ball gowns from a motley, shimmering cloth, reminiscent of the color of the Labrador, as well as jewelry from the stone itself, were at the peak of popularity.

In Ukraine, the richest Labradorite deposit was discovered in the middle of the 19th century.

In the XX century, the Labrador was a popular finishing stone. In the Soviet Union, he was deconstructed by metro stations, monuments and sculptures. You can see the Labrador in the decoration of the entrance to the mausoleum of the "leader of the world proletariat" Vladimir Lenin.

Labrador belongs to the group of feldspars. It is found in nature in the form of inclusions into rocks or in the form of continuous crystalline masses. If the breed is 60% or more of a Labradorite, it is called Labradorite.

The main composition of the stone labrador includes:

The main impurities that are present in the Labrador composition:

The chemical composition is determined by the color of the stone. Usually it is gray, dark gray, greenish gray, almost black. But the main decoration of the stone - labradorization - is associated with the peculiarities of the crystal structure of the stone and the interference( redistribution of intensity) of light in its thin plates. Partly, the labradorization is caused by inclusions in the mineral of ilmenite.


The stone labrador has a matte, glassy sheen, it breaks easily on impact, crumbles when squeezed, melts and dissolves in acids.

Depending on the color of the irradiation( labradorization), these varieties of labradorite are distinguished:

The main deposits of Labrador are in Ukraine and in Canada. A small amount of mined mineral in Germany, Greenland, India, in Tibet and Australia. Australian Labradors are often of high quality.

The most valuable specimens of Labradors - spectrolites - are mined exclusively in Finland. The first deposits of these unique bright specimens of stone were discovered here in 1940.

In Burma, you can find exotic specimens of black moonstone, and in the United States, in Oregon, an unusually beautiful labrador with gold iris, the so-called "golden stone", is mined.

Lithotherapists say that wearing a labradorite stone contributes to the overall strengthening of the body.

In particular, this mineral is advised to be worn with:

In addition, pendants and rings with inserts from the Labrador, according to folk healers, are able to:

Among the magical properties Labrador is credited with the ability to develop extrasensory abilities, enhance the gift of foresight and the ability to a special, mystical awareness of the world. Not for nothing Labrador has long been considered the favorite talisman of sorcerers and healers and was an indispensable element in conducting various magical rituals.

A stone is also useful for ordinary people. So, it can:

Labrador and the zodiac signs

According to astrologers, the Labrador is most suitable as an amulet for Lions, Aries, Scorpions and Virgins.

But Aquarians, Cancers and Capricorns to wear it is not recommended.

Made from it are inserts in jewelry - necklaces, cufflinks, earrings, rings, bracelets. They make small objects of the decor from the Labrador.

In the 19th century it was used as a facing material on the territory of the Soviet Union, but today such luxury is available only to the richest people in the world. Currently, the price of jewelry Labrador items reaches 100 US dollars per carat.

How to distinguish natural labrador from forgery

The stone labrador, thanks to its exceptional feature - labradorization - is difficult to confuse with other stones, as well as to forge.

To recognize the imitation, it is enough to twist the stone in your hands: unlike the fake, the natural Labrador will shimmer with a variety of colors, and you will see a spectacle reminiscent of the effect of the Northern Lights.

Pictures of jewelry from a stone labrador 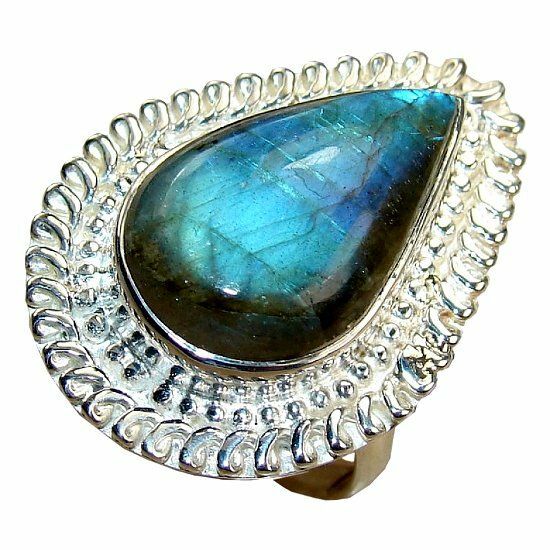 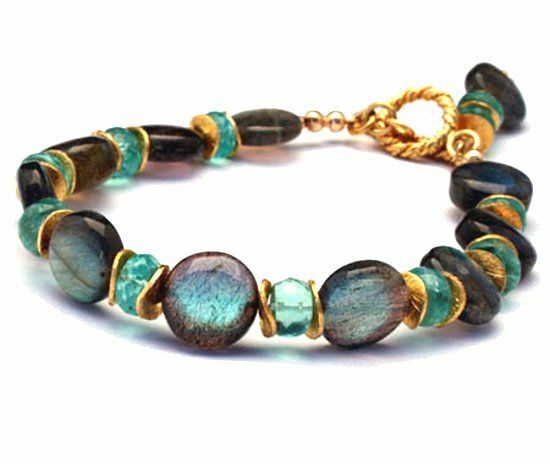 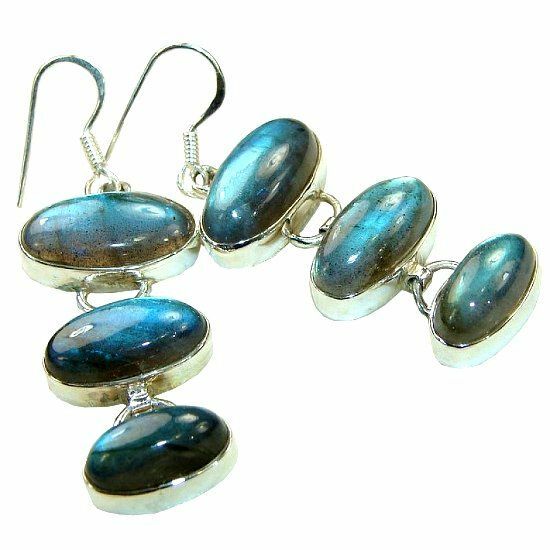 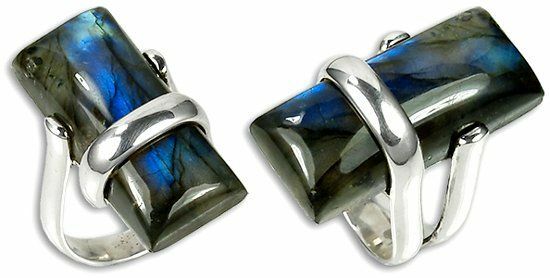 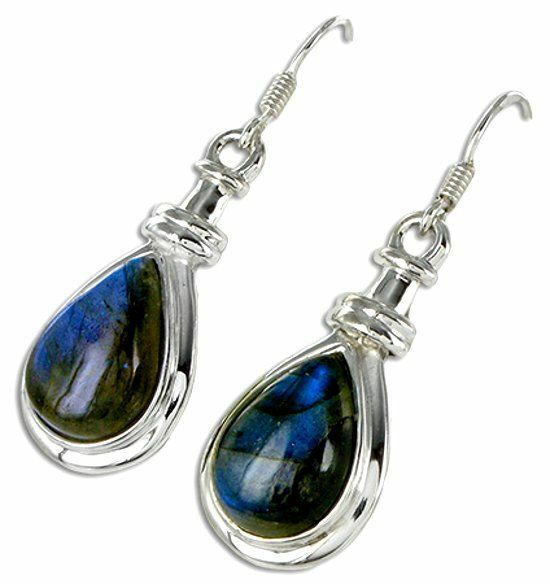 I am Aquarius and Labrador is one of my favorite stones, it fits all signs except archer and after 30 years. And it is Aquarius that suits him most! Otherwise, I agree with the article and yet Labrador falls in love with his master and helps him through life( if a person is pure soul), the stone is beautiful! At first, it looks unimaginative, but it plays in the light like a rainbow - like the northern lights! I really fell in love with him!

Svetlana, I do not know where you get the information, but Sagittarius, Scorpio and Ophiuchus, if you like, this stone is more suitable than Aquarius)
But if it performs its functions with you, then do not turnattention to, what others write!) Good luck!

I am Sagittarius and this stone is very suitable for me. I do not imagine anything on myself, except Labrador. All that is written here about the stone, really. He's magical.

And I am a scorpion, fascinated by a labrador. The stone is not exactly ordinary, it can change colors. Very attractive.

And I'm generally GEMINI, he liked me, I drew my soul, I took it. A BEAUTIFUL AND EXTREME STONE.

I only bought an earring and a labrador ring 3 days ago. Very like, but upset, because.in the photo it is clearly blue, the main color, and I have a gray, and, only with the sun, playing sky-blue. It's a fake copy?

Read that specialists distinguish this stone by gender).So, for example, light specimens having a golden-blue color are considered male, and dark-colored crystals, gray, having shades of brown-green color, are feminine. So Vera you have, based on this information, a female stone, labradorsha)))

Vera, and he should be like that. But in the sun it plays with all its colors. Labradors are different, and the differentiation is also different. You have a real stone.