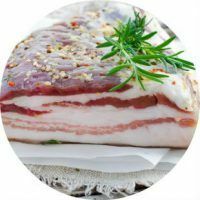 Salting by salting is very popular, as it does not require special culinary skills and costs, it gives different taste results. Salting can be done by several methods( dry, wet, hot, with the use of smoking and cooking fat), which are described in the following recipes.