Useful properties, contraindications and ways to use sage for women 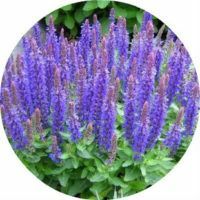 Salvia officinalis is considered one of the most popular herbs both in folk and official medicine. Still Hippocrates called for using the medicinal qualities of the plant to treat a wide range of diseases. Sage contributes to getting rid of various pathologies and even the prevention of certain diseases, especially in women.