Garnet stone and its properties The pomegranate is one of the most beautiful and widespread stones loved by jewelers. However, often speaking of this gem, we represent only a stone of beautiful dark ruby ​​color, while garnet has many varieties, and its color spectrum includes almost the entire color spectrum, except blue.

In Ancient Greece, these stones were called "anthrax", which means "coal", in ancient Rome - "carbuncle", in Russia - "venisa", "chervets" or "beats".The last of the listed ancient Russian names of pomegranate corresponds to the Arabic name "bijazi".

These gems were carried with them as a talisman and a symbol of love, they encrusted rings and earrings, hats, military armor and court clothes. They admired and dedicated literary works.

Only in 1270 thanks to the medieval alchemist Albert Magnus, the general name of this beautiful gem - "garnet" has appeared. It came from the word "granatus"( lat.), Which in translation means "like the grains".Indeed, in its form this mineral resembles the grain of a real garnet.

Since 1803, this name has been applied not to one, but to a whole group of minerals that have similar properties and composition.

In the 17th and 19th centuries, garnet jewelry became extremely popular in Europe.

So, grenades are a group of minerals of silicate class, united by a common type of their crystal structure with isolated tetrahedrons( faces of square shape).

All of them have valuable physical properties - high mechanical strength, thermal and chemical resistance, the ability to reduce the speed of sound at the time when a sound wave passes through them. However, despite the identity of physical and chemical properties, the color scale of these precious stones is different - red, black, yellow and even green. It is determined by the chemical composition of the crystal.

It should be noted that only some varieties of garnets are precious stones, while others are not at all suitable for jewelry business. Initially, for jewelry used only "pyrope" - stones of a noble dark red color.

To date, there are 14 different types of garnets.

The most famous of them:

A group of minerals called garnets are divided into two separate subgroups:

The world's most famous garnet deposits are in Australia, India, Argentina, Zambia, Austria, Brazil, Madagascar and Sri Lanka, Mexico, the USA, Norway, South Africa, as well as in Russia( in Chukotkaand in Yakutia).

Unusual green grenades are mined in the Urals and called "Ural".

The healing properties of the pomegranate

Many people from ancient times believed that pomegranate has outstanding healing properties. Thus, in the Middle Ages, in order to protect themselves from injuries and illnesses, the crusaders put on rings encrusted with grenades before the campaigns.

In Russia, folk healers believed that grenades can help pregnant women during childbirth.

In India, it is believed that the energy of the grenade is supported by immunity, the work of the heart and lungs.

It is believed that garnet can have a beneficial effect on:

The magical properties of the mineral

Magic properties of pomegranate are covered with legends. First of all, this precious dark red stone was attributed to the ability to give power over people. That is why garnet was a talisman of reformers and converters, spiritually aspiring people.

Since ancient times, pomegranate is a talisman and all lovers. It is considered a symbol of loyalty, loyalty, permanence and strength. In the Middle Ages, lovers exchanged products encrusted with grenades.

Also garnet as a talisman is worn by sculptors, artists, poets, musicians, fashion designers, directors and actors - people of those professions whose success depends on their full return, emotionality and passion.

It is believed that the pomegranate is able to give its owner a good mood and drive away sadness, amuse the soul and bring joy, save from the leakage of energy and awaken passion.

These astrological signs are recommended for wearing red garnets, Libra and Aquarius are green. But the Cancer and Pisces grenades are not recommended to wear at all.

Different types of pomegranates use:

There are many different legends and beliefs related to pomegranate in different countries.

For example, it is believed that stealing this precious stone is dangerous, because a stolen grenade will sooner or later destroy a thief. But bought, donated or inherited stone will certainly bring good luck.

According to legend, it was the bright red garnet that illuminated the path to Noah and all the rescued on his ark.

In Persia, pomegranate was called only as a royal stone, because on its large stones it was decided to cut out a portrait of the ruler of the country.

In feudal Europe, stone was called the frozen flame of the human heart and was often given as a sign of love and devotion.

Very fond of grenades in the Czech Republic. Thus, the famous Czech composer and conductor Bedřich Smetana donated a necklace from large select dark red pomegranates to his wife as a sign of love after long happy years of life together.

Gave a set of garnets from his beloved and the famous German poet and statesman Johann Goethe.

Jewelry of pomegranate used to decorate herself Catherine II.Do not lag behind it and the modern crowned people of England and Belgium.

A special celebrity for the stone was the lyrical work of Alexander Kuprin "Pomegranate Bracelet".True, inspired the author to write this romantic story bracelet, inlaid not with red, but with an unusual green garnet.

How to distinguish natural garnet from forgery

Granate is forged very rarely, because at its cost synthetically grown garnet is more expensive than natural stone.

However, if you doubt the authenticity of the garnet product, you can conduct a small experiment based on a mineral property such as light magnetism.

For him you will need:

Stages of the experiment:

This is a fairly reliable way to make sure that the garnet is real. But the most accurate definition of a forgery is possible only with the help of a special device - binolupy.

Pictures of garnet stone and its products 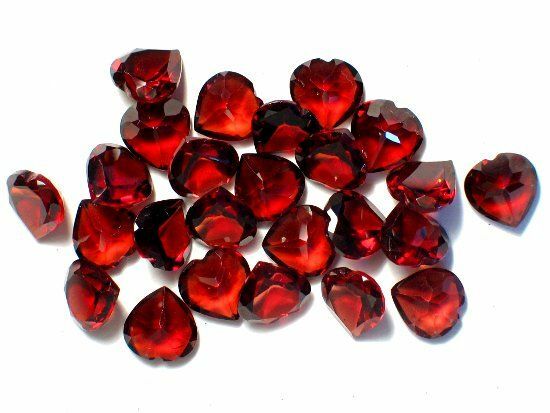 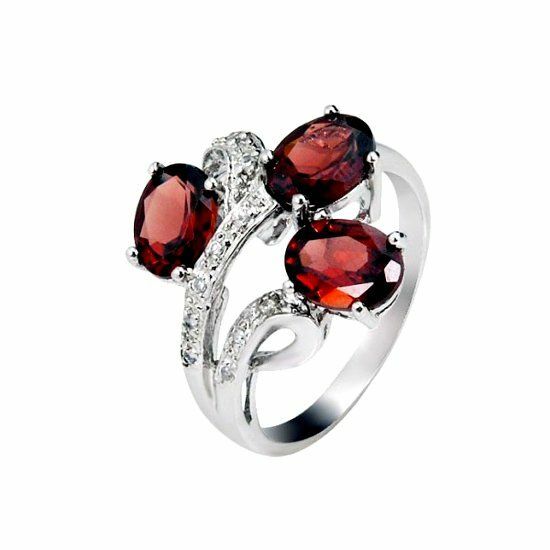 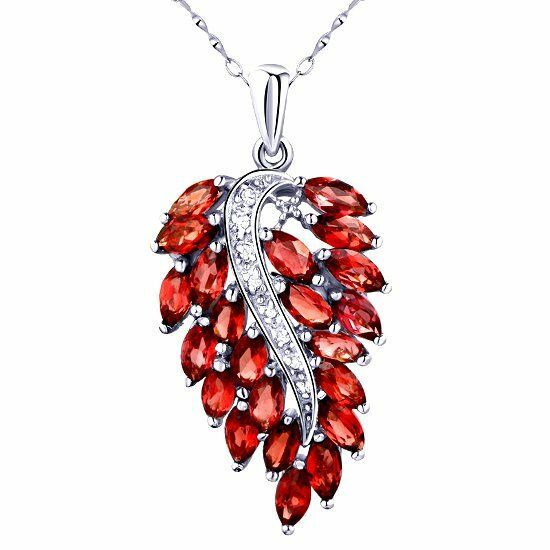 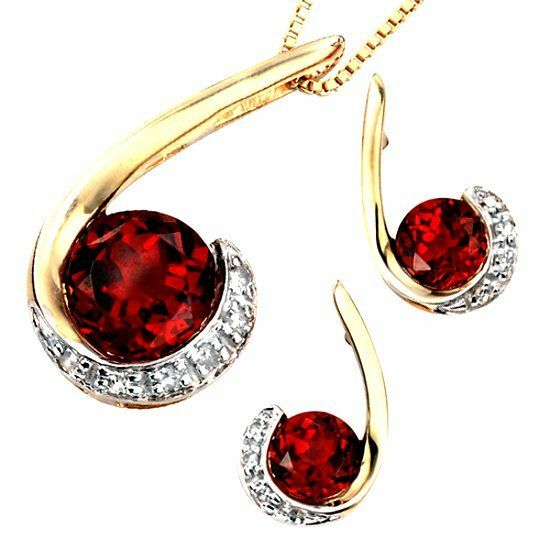 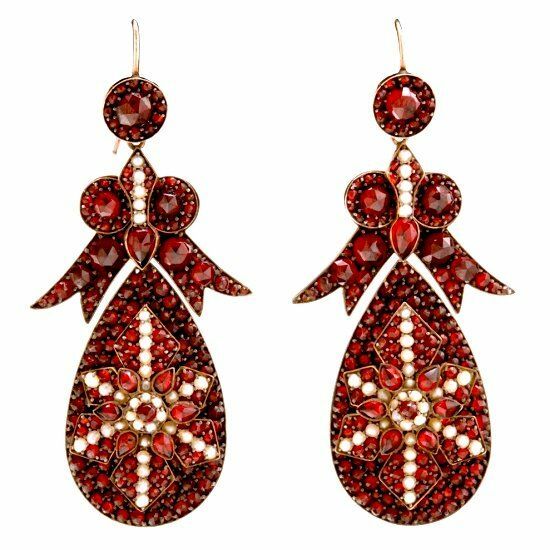