Amazonite stone and its properties 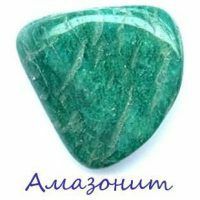 Amazonite is the stone of fearless warriors and good-natured housewives. Due to its unique properties, the stone Amazonite enjoyed popularity in ancient Egypt and continues to be at the peak of popularity in the modern world.

The history of the Amazonite originates in the Ancient EgPte. His skillful masters used a beautiful stone for making various ornaments and amulets. For example, during the excavation in Egypt in the tomb of Tutankhamen, many Amazonite items were found, set in silver.

A little later the Amazonite used Scythian tribes. The stone was not ignored in the Middle East. For example, in Mongolia gem served as a mascot of the family.

At the beginning of the XVIII century, deposits of amazonite were discovered in the Urals, after which Russian masters began to actively use it in ornamental art. Mass production of amazonite floor lamps, countertops, candlesticks and vases began. Today many products of the XVIII-XIX centuries are on display at the Hermitage.

In 1937, in the technique of the Florentine mosaic, a map of the USSR was made, in the manufacture of which, apart from other minerals, a unique amazonite was used.

Amazonite refers to the green-blue variety of feldspar. This unique mineral has a delicate color range that ranges from pale green to greyish-yellow hues with characteristic green inclusions.

The cost of a stone depends on the color saturation. Most of all, the Amazonites are appreciated with a uniform coloration of a rich blue color. The natural stone has albite inclusions, which give the mineral a unique mesh pattern.

Often, amazonite is called an "Amazonian stone", but where the name of the stone came from, it can not be reliably said.

There are two hypotheses:

Amazonites are divided into groups according to their color and texture. Its most famous varieties are:

In its type, amazonite is a type of feldspar. In nature, the mineral is found in granitic pegmatites, where it forms irregularly shaped single-crystal inclusions and coarse-grained veins and accumulations.

In its chemical composition, amazonite is potassium aluminosilicate with various impurities, such as lead( Pb), cesium( Cs), rubidium( Rb), manganese( Mn).Each of these chemical elements affects the color gamut of the Amazonites.

So, for example, a green tint gives the stone impurities of lead, and the admixtures of iron color the mineral in a soft blue color.

Natural mineral is opaque and has a shell fracture. Also for amazonite glass shine and triclinic syngony are characteristic( the structure of the crystal, in which the primitive cell is the most unsymmetrical).

Today, amazonite is mined practically on the whole globe.

The most famous stone deposits are in such countries as: Ukraine, Tajikistan, Kazakhstan, Kyrgyzstan, Mongolia, Finland, Norway.

Since ancient times, amazonite is famous for its medicinal properties.

This stone is used in the treatment of:

Lithotherapists claim that the stone contributes:

Jewelery with amazonite helps with psychological and psychiatric diseases, during stress and insomnia, effectively eliminates the headache.

In addition to its special physical and therapeutic properties, the popularity of amazonite is also due to its magical properties.

The most effective effect of amazonite is on Aries and Lions. These zodiac signs have a natural relationship to the Amazonite, and the stone will help them to strengthen their intuition and reveal their creative potential. Scorpio amazonite helps to get rid of prolonged depression, however, it is often not recommended to wear a stone.


On Cancer the mineral acts extremely negatively, it develops laziness and multiplies all fears.

Often, amazonite is used as an inexpensive ornamental and jewelry material.

For the manufacture of jewelry amazonite is cut by cabochon. It is made of various beads, earrings, bracelets, pendants and rings.

In addition to this, the stone is used for making decorative articles: candlesticks, caskets, figurines, mosaic patterns and ashtrays.

Sometimes a stone serves as a source of cesium and rubidium.

How to distinguish natural amazonite from forgery

Amazonite is forged very rarely, since it has an affordable price. But if you are still trying to deceive, exposing the deception is easy enough:

Amazonite is a fairly loose stone, but when storing it, do not forget that:

When cleaning the stone, use a mild soap solution and warm water. After such a cleansing procedure, do not forget to wipe the mineral dry with a soft cloth.

Photos of the stone of amazonite and its products 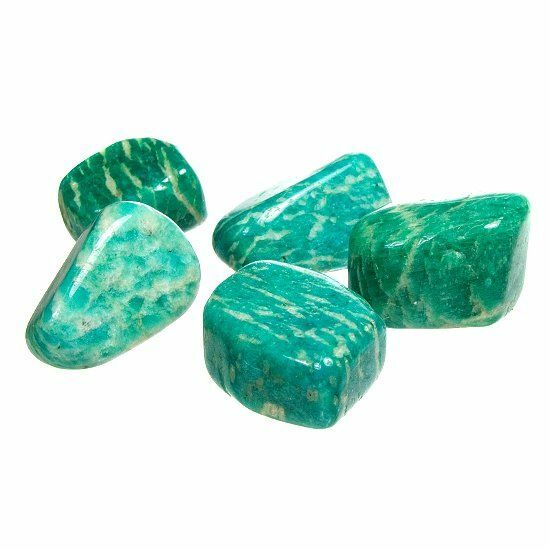 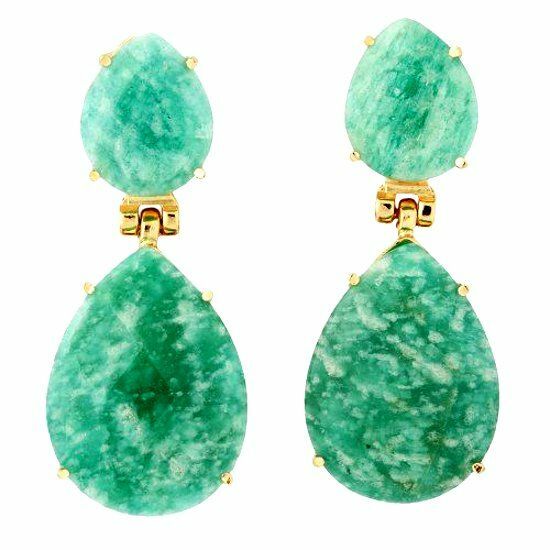 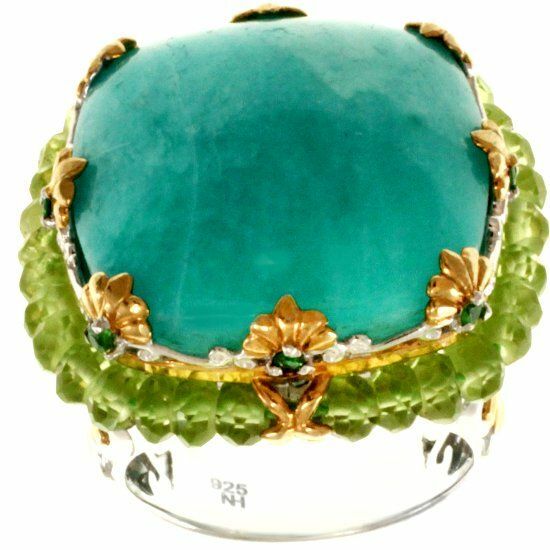 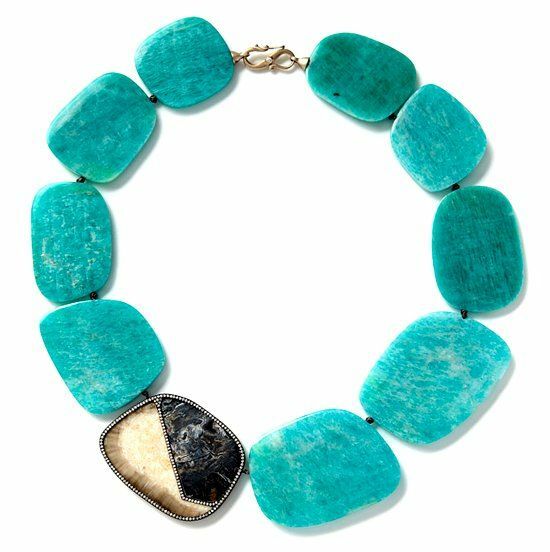