What does the term amorphous person mean and what qualities does it have? 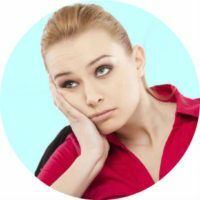 The word "amorphous" is Greek in origin and has the meaning "formlessness".In the explanatory dictionary of Brockhaus and Efron this term means a special state of substances in the structure of which there is no order. Usually the state of amorphous substances is opposed to the state of crystalline substances.

Properties inherent in amorphous bodies studied in the physics course can be extrapolated to humans. Thus, in amorphous substances( in contrast to crystalline materials) there is no crystal lattice, as in an amorphous person there is no inner "core", adherence to principles.

For example, in the classroom many tease one boy. Most of the students do not have anything against him, they just do not want to come into conflict with the ringleaders. The behavior of this majority will be conformist, unprincipled and amorphous.

Amorphous substances are characterized by the absence of a boiling point, and an amorphous personality is extremely difficult to get rid of, nothing touches it. Again, the same example with the persecution of one student by others: the student himself can not react at all to the happening, because he has already accepted it, or he hopes that he will soon fall behind them. Alternatively, the boy is initially amorphous, and his classmates do not touch him. He just goes with the flow.

In addition, the sign of amorphous substances is fluidity and plasticity, so an amorphous person does not have his own vision of the world, his opinion is constantly influenced by others. So, a person without his own opinion, being in the company, takes over other people's ideas, thoughts and even the manner of communication and attitude to various phenomena.

The interpretation of the term "amorphous" with respect to human properties has much in common with the same concept with respect to substances. The main general quality is the absence of a rigid framework, constant variability, flexibility.

Amorphous person is not characterized by ambition and exactingness. Aspiring to any goal and active actions, he will prefer laziness and sluggish, but calm stability.