Stone quartz and its properties 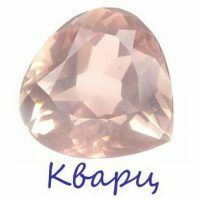 Quartz is the most common and at the same time most unusual mineral, which is represented by an incredible variety of the most diverse varieties, shapes and colors. It is considered an ornamental stone, but among the various types of quartz there are also semiprecious and even precious stones, because all known amethyst, aquamarine, agate, rock crystal, citrine, cat's eye and many other popular jewelry stones refer to quartz.

The origin of the name of this mineral has several versions. Thus, some scientists believe that the modern term "quartz" originated from the German word "quarz", which in turn originated from the Saxon word "querkluftertz", literally translated as "transverse veins".Another group of scientists insists that the term originated as a derivative of the Old Cornwall name of silica crystals - "cross-course-spor".

Quartz can be found in many metamorphic and magmatic rocks, including granites, gneisses, as well as in detrital sedimentary rocks, in marine and river sand.

By its nature, pure quartz is transparent and colorless, like water; it's not for nothing that the ancient peoples compared it with ice. But, connecting with other minerals and chemical elements, quartz can take the most unexpected shapes and color in a variety of colors, forming a huge group of minerals.

Numerous varieties of quartz are divided into two types:

Crystalline varieties of quartz include:

The cryptocrystalline varieties of quartz are:

In its chemical composition, quartz is silicon dioxide. Its chemical formula is SiO2.It is a part of many minerals in the form of silicates and mixtures. The main varieties of quartz are due to the microscopic inclusions of other minerals, mainly iron oxides, the connection with which gives the quartz a variety of colors.


In appearance this mineral is colorless hexagonal crystals( crystals in the form of hexagonal pyramids), which have some piezoelectric properties.

Quartz crystals are quite solid and are capable of scratching glass, although they are inferior to diamonds and corundums. On the Mohs scale, the hardness of quartz is 7, and the density is 2.6 g / cm3.

Quartz is able to withstand very high temperatures, its melting point is + 1713 ° C.However, it dissolves readily in hydrofluoric acid and alkali and belongs to the group of glass-forming oxides.

Quartz was discovered by mankind among the very first minerals. Thus, during the excavation of the sites of primitive people archaeologists found various tools, ornaments and weapons made of quartz.

Mention of this stone can be found in the works of ancient philosophers - the ancient Roman writer Pliny the Elder and the Greek Greek Theophrastus.

Admiring quartz, the ancient Greeks in ancient times called it "krustallos", which means "ice".In those days, both Greeks and Romans were sure that this amazingly pure mineral is an extraordinary ice created by the gods. This belief existed until the XIV century, when it was finally proved that rock crystal( one of the types of quartz) - a real stone that has nothing to do with ice.

Used rock crystal in Ancient Greece and Ancient Rome for making ornaments, seals, vases and bowls. They were covered with fine carvings and treated them with special love and care.

Surprised and admired by quartz( rock crystal) and from the peoples of India, Egypt and China. His processing required great patience and long efforts, but the skillful masters of these countries created unusually beautiful, pretentious and complex products from crystal: objects of everyday life and interior, jewelry, sculptures of deities and symbols of occult rites.


In the XI-XV centuries, beautiful products made of rock crystal and European masters were created. They especially appreciated the luxurious crystal cups, vases and glasses made by them. Often processed crystal and in the form of seals. Made from it and jewelry.

In the Middle Ages quartz was widely used for making church utensils: bowls, lamps, floor lamps. Products from it could be found in the royal treasuries of the rulers of different countries.

Since the 16th century, in various European countries like Italy, France and Germany, various crystal vessels have become especially popular. They were combined with chic gold frames, luxuriously decorated with diamonds, rubies and emeralds.

In Russia, the very first deposits of quartz( rock crystal) were discovered in the Urals only in the middle of the XVIII century. Russian masters used it for the manufacture of seals, as well as jewelry: brooches, rings, etc. Necklaces of faceted crystal beads made by the Ural masters were especially appreciated.

To date, quartz is one of the most abundant minerals, and its extraction has been carried out throughout the world for more than one century. Its deposits are greatest in Brazil, Australia, Africa, Madagascar, the USA and Sri Lanka. It is from here that the main supplies of varieties of quartz for the jewelry industry are conducted.

So, lithotherapists say that quartz has a positive effect on the respiratory system and recommend to keep a stone near it for colds.

But the most valuable qualities, including antiseptic, in the opinion of lithotherapists and traditional healers, are water-infused water. They argue that the so-called "quartz water" positively affects the entire body and is a powerful preventative against many diseases.

Quartz water is advised to be used also for cosmetic purposes for skin rejuvenation, smoothing wrinkles and relieving inflammation. Cosmetologists recommend that they regularly wash themselves with such water and make a bath from it so that the skin becomes more smooth, supple and elastic.

The magical powers of quartz have been given special importance at all times. The ancient magicians believed that quartz, especially rock crystal, is the "astral skin of the planet" and its crystals are capable of recording signals sent to us by the universe. It's not for nothing that a magic ball made of pure crystal of rock crystal was used in the old days and continues to be used to this day to predict the future and the discovery of the secrets of the past. However, it is not recommended that an ordinary person use it for such purposes. Such experiments, say magicians and fortune tellers, can lead to deplorable consequences and even madness. But to wear crystals of quartz in the form of amulets and talismans are very much recommended.

People who believe in the power of stones claim that quartz products can help a person:

However, like the healing, magical properties of quartz largely depend on its varieties.

For many signs of the zodiac quartz will be the best amulet and mascot, but most of all it fits:

But Virgins and Gemini astrologers do not recommend getting carried away with quartz ornaments, becauseThis mineral can affect their emotional state too much.

For many centuries in a row quartz has been used for making various jewelry, however, the scope of this group of minerals is not limited to jewelry.

Surely you will be interested to know such interesting facts about quartz:

How to distinguish natural quartz from counterfeiting

Despite the fact that quartz is the most common mineral on the planet, it is faked in the same way as other natural stones. For natural gems often produce artificial varieties of quartz or glass. Most often, the most expensive types of quartz are forged, and, first of all, amethyst.

To distinguish the natural mineral of quartz from a counterfeit, you will need:

Do a few simple experiments:

Photos of quartz and its products 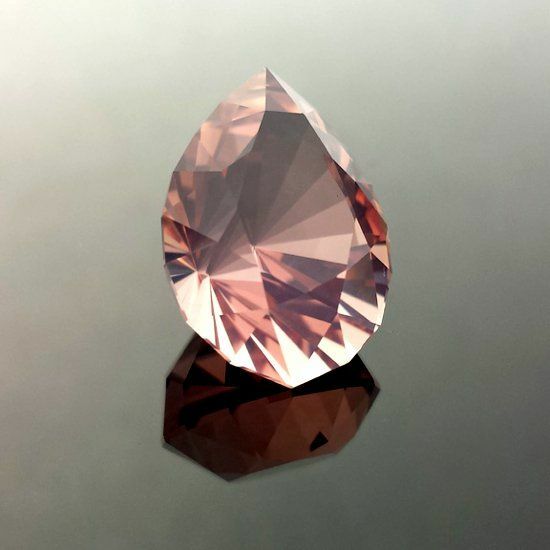 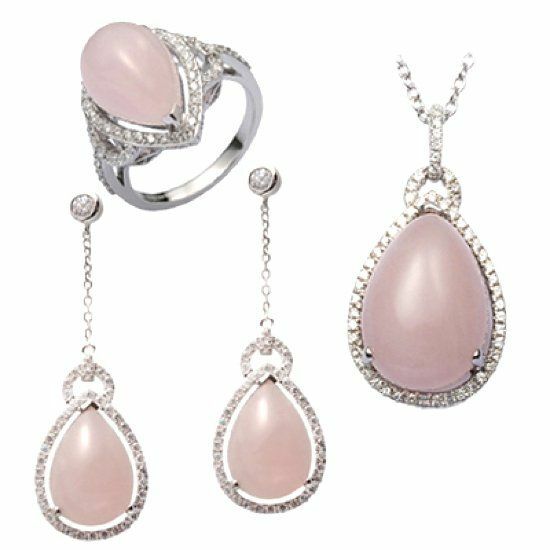 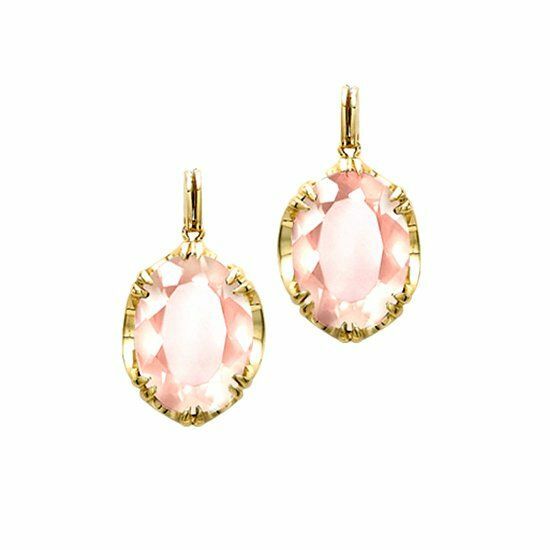 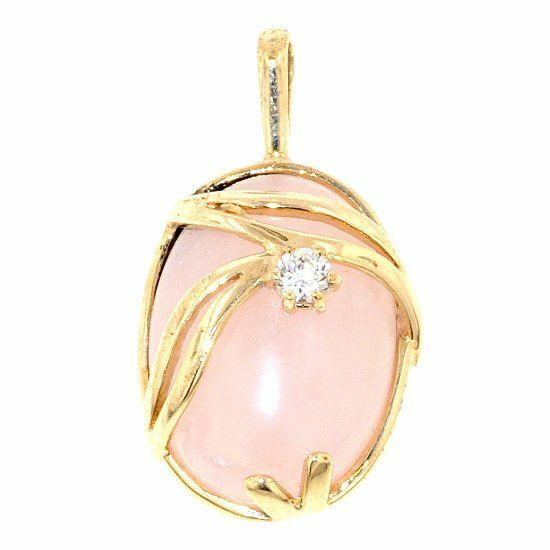 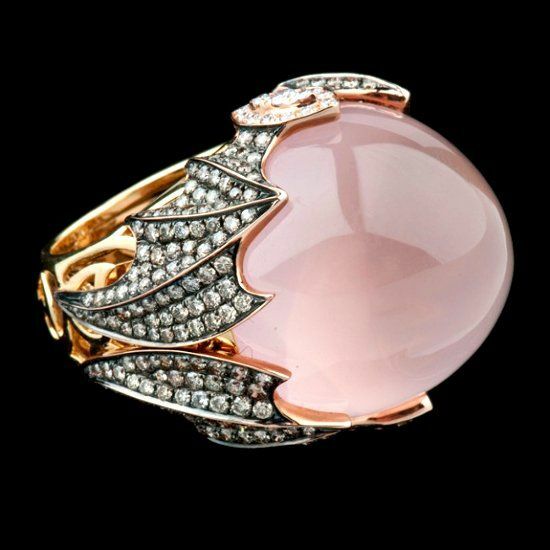 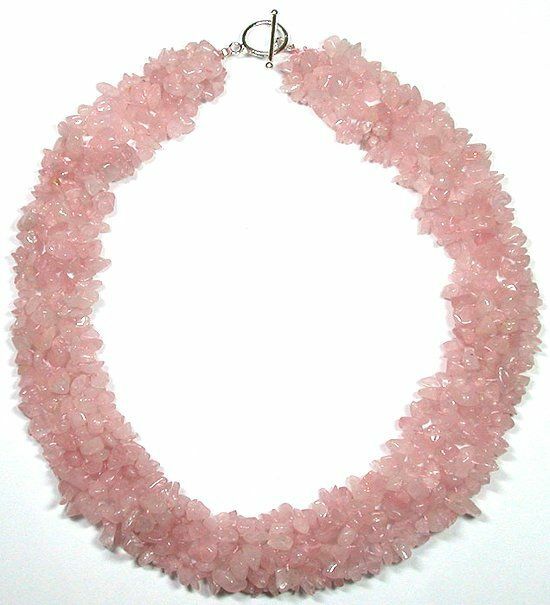 Thanks for the article, I hope this is a complete list of quartz stones.

Nicholas, this is even more than a complete list of quartz: "but among the various types of quartz there are both semiprecious and even precious stones, because all the famous amethyst, aquamarine, agate, rock crystal, citrine, cat's eye andmany other popular jewelry stones refer specifically to quartz. "A variety of beryl of bluish-green hues is called aquamarine.