Topaz stone and its properties 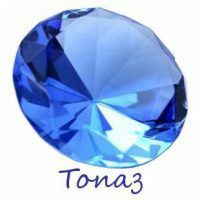 Noble stone topaz is one of the most famous gemstones. Due to the variety of shades, fascinating brilliance, transparency, ease of processing and reasonable price, topaz is very popular with jewelers. Valuable and its magical and healing properties.

History of the Stone

The history of the topaz goes back to the ages. Scientists were divided in opinions as to the origin of the name of the stone.

So, according to one version, the word "topaz" came from the name of the island "Topazos"( now called "Zebirget"), located in the Red Sea. Confirmation of this version can be found in the works of Pliny the Elder, in particular, his "Natural History", where mention is made of a certain golden stone, mined on Topazose.

According to another version, the topaz received its name from the Sanskrit word "tapaz", which translates as "fire" and characterizes one of the most valuable varieties of stone.

Scientists and archaeologists find confirmation of the fact that topaz is known to mankind from ancient times.

So, during the excavation of one of the most ancient sites of primitive people in the Urals, nucleuses( manually processed pieces of stone) were found from topaz. Presumably, due to their high density, these stone plates were used by primitive people as a tool of labor.

After millennia, many people began to use topaz for making various jewelry and amulets. For example, the famous ancient decoration "Giselle's Gown", made of noble topaz, is dated to the 10th century.

The topaz is also mentioned in the Bible as one of the twelve stones that adorned the pectoral of Aaron the high priest.

Topaz was considered a stone that can help its owner to influence other people and expose secrets. It is not without reason that he was called the "stone of the court" or "the stone of psychologists".They were inlaid with their outfits and headdresses by the rulers of different countries. For example, a large yellow topaz adorned the famous "Cap of the Kazan kingdom," made in the 15th century on the orders of Ivan the Terrible in honor of the conquest of Kazan. Large topazes also adorned the imperial crown of Irina Godunova in the 16th century.

In Europe, the stone gained special popularity in the 15th century, during the heyday of the Renaissance and Baroque. The jewelers of Paris, Amsterdam, Idar-Oberstein and Alverpene learned to handle impeccably the topaz, giving it an unrivaled appearance. This opened a new page of the history of topaz in the number of the most popular gems.

Topaz is one of the gems of the first group of the third order. A business card of the mineral is its pronounced brilliance, a unique play of light when cutting, acceptable cost and a variety of colors. The color scale of topaz is really amazing. They can be yellow, orange, red, reddish-violet, pink, blue, blue, bluish-green, and completely colorless. Their shades depend on the chemical composition and place of extraction of the stone. The rarest purple and purple topazs are most valued in the world market, further along the list are golden, pink and red stones. Behind them go topaz blue, blue-green shades and colorless stones. Close the list of the most expensive topazes are light yellow specimens.
For the special shine and beauty in Russia until the middle of the XIX century, the topaz was called "Siberian diamond", and in the Urals - "heavyweight" because of its high density.

In its chemical composition, the topaz mineral is a fluorine-containing island aluminum silicate.

The chemical composition of topaz includes:

Natural untreated topaz is a transparent four-sided prismatic crystals of high density with a characteristic glass shine. They can be quite large - weighing from a few kilograms to several hundred kilograms.

The color of the topaz varies from blue to golden-yellow and pink-purple. True, in nature there are few topazes of saturated shades. Most often these stones have a muted color palette. In addition, the characteristic feature of topaz is its ability to lose color( discolour) under the action of direct sunlight, so very often topazes are ennobled to give them a rich color.

The change in the color of topaz is carried out by means of heat treatment and the effects of ionizing radiation. Usually two types of radiation are used to enhance the color of topaz: neutron and electron. Under the action of the electron gun, the topazes acquire a blue hue, and as a result of neutron irradiation a deep blue-blue color with a weak greenish outflow.

Each shade of topaz - natural or obtained by artificial means - has its name.

Depending on the color, these types of stone are distinguished:

There are many topaz deposits in the world, but its best specimens are mined in Brazil.

For more than one hundred years, topazes are reliable assistants of lithotherapists. They are advised to be worn as adornments and applied in complex treatment with:

Lithotherapists advise for a long time to wear ornaments with topazes for:

In the countries of the East, golden topaz is a special honor. Here he is considered a symbol of spiritual enlightenment. It is believed that this stone eliminates negative emotions and frees its owner from dangerous passions. It helps a person to know himself and his own resources.

Light blue topaz gives women beauty, and men wisdom. This stone develops intuition, confidence, optimistic outlook on life, promotes self-realization and self-expression, brings its owner recognition, success and well-being. It is a wonderful emotional healer who is able to stabilize and give harmony and love of the world. True, it is worth considering that topaz is a stone with a "character", and it will be helped only by a person with bright thoughts and good intentions.

Astrologers recommend to wear topaz as an ornament to people born under the signs of Capricorn, Aries, Scorpio, Leo, Virgo, Cancer and Libra. And, different signs of the zodiac are suitable stones of different colors. So, Scorpions and Cancers are recommended blue and lilac stones, Aries and Lions - topazes of pink, golden, red and purple hues, Gemini - transparent or yellow stones, Virgo and Capricorn - brownish and greenish.

But Pisces and Taurus do not fit any color varieties of topaz.

To process this stone, jewelers use a variety of faceted types of cut - diamond, step, cut with wedges, and also use cabochon grinding.

How to distinguish natural topaz from fake

To understand that you are holding a real topaz, you need to remember its main properties:

Topaz is a hard and dense stone, so it's difficult to damage, but it can scratch other jewelry itself, so it's better to store it separately. To avoid exposure to topaz of open sunlight, which can discolor the stone, it is better to store it in a closed case. It is also necessary to protect the stone from sudden temperature changes.

With regard to cleaning the stone, it is best to conduct it using warm soapy water. Steam and ultrasonic cleaning of topaz is prohibited.

Photos of topaz stone and products from it 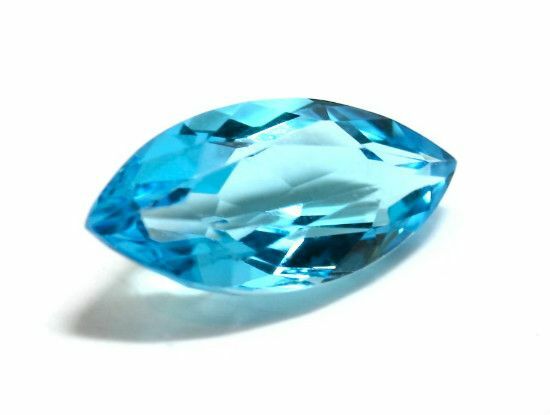 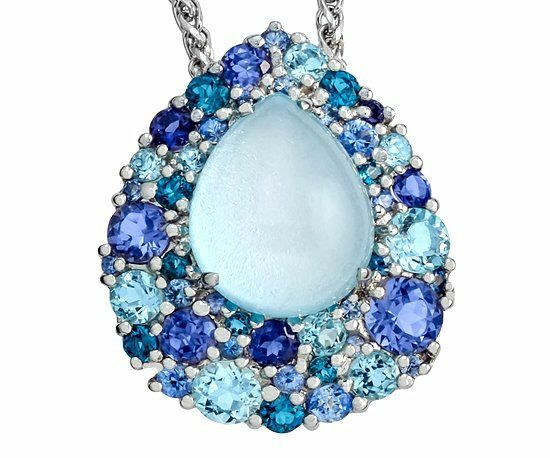 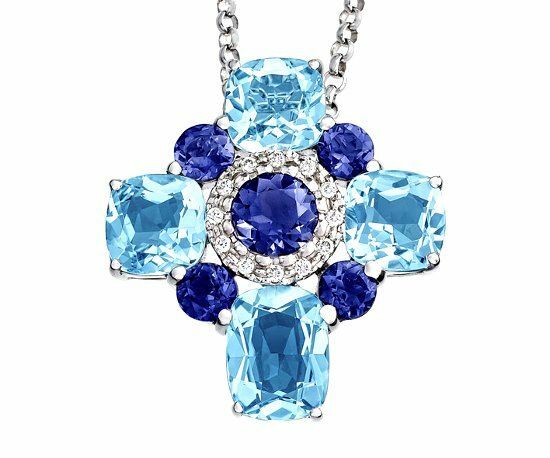 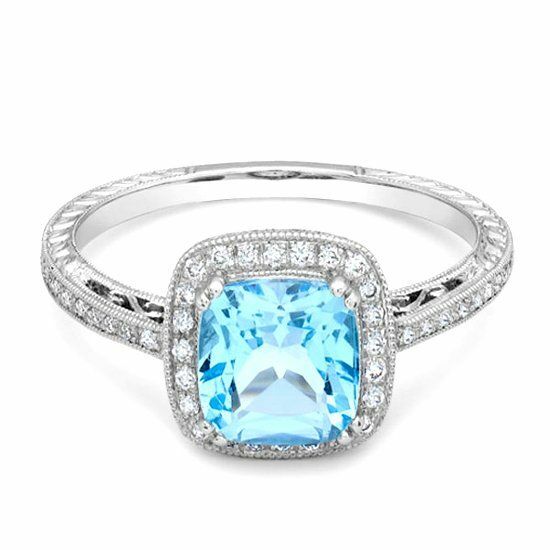 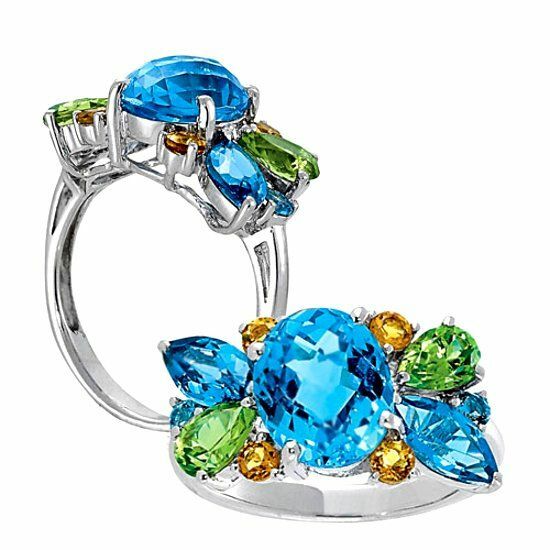 I usually clean products with topaz at home using warm water and a few drops of dishwashing detergent such as "Fairy".I give them to lie down in such a solution for about 15-20 minutes, and then gently rub it with a flannel cloth. And another of the jewelers suggested that it is very good to leave topaz for a night in saline solution, 1 tbsp.tablespoon of table salt per 1/2 cup of water. After that, the stone becomes brighter. But if you have a silver product without a rhodium coating, then this should not be done, silver quickly darkens.