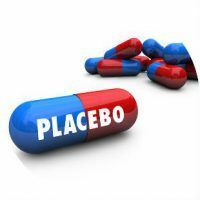 The pharmaceutical market offers a huge number of medicines, practically from any disease or pathological condition. However, there is an opinion that some of these funds do not bring the desired cure, that is, in fact, are "dummy", and a minor result can be attributed to the placebo effect when the patient recovers due to self-hypnosis. In the list of such ineffective drugs, a lot of drugs popular in Russia got.

It should be noted that this is not a fake of effective drugs that do not contain any or contain reduced amounts of the claimed substances or their analogs. The attention of consumers is drawn to really original medicines that do not give the result promised by the manufacturer.

The term "ineffective medication" as such does not exist, and their list is made up by people who have experienced the inactivity of some medications on their own, and by some conscientious doctors based on their practice. However, the essence of such ineffective drugs can be explained as follows: these are drugs that have not received confirmation of their therapeutic effectiveness as a result of clinical studies.

Please note what domestic drugs can replace expensive drugs of imported production http://woman-l.ru/spisok-rossijskix-analogov-importnyx-lekarstv/
to the table of contents ^

I consider the article to be very useful, interesting and necessary!!!I have a higher pharmaceutical education, but I do not work in the specialty, becauseI see a clear discrepancy between the true noble goals of the medical pharmacy and modern pharmacy commercial structures, where the producer's income is the main life goal, often to the detriment of the life and health of ordinary people who believe in the healing from the pharmacy. How much money, often the last, brings to these criminal structures our sick and desperate people in the hope of saving their own and their loved ones! And what do they have in response?. . And these drugs that you described? How many of them I sold personally, because they were convincingly advised and "vparivali" producers. It's not pleasant. And they are not ashamed. ...Business is. ...Thanks to your article, let as many people know about it.