Diamond stone and its properties 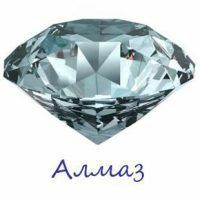 Diamond is rightly called the king of all gems. This is the stone of the chosen, the brave, the strong, the invincible. At all times it was a symbol of wealth and excellence. The rare beauty of the diamond and the unique properties of this stone have won the hearts of millions of people - from ordinary workers to royalty. Diamond was the mascot of Bonaparte Napoleon, Julius Caesar and Louis IV.