Candles from hemorrhoids during pregnancy 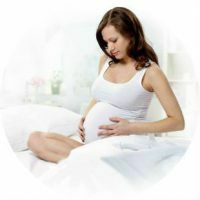 In the body of a woman during pregnancy there is an active physical restructuring, which can bring certain problems, for example, hemorrhoids. This disease causes a lot of unpleasant sensations, and at childbirth complications are possible. Nevertheless, some drugs treat hemorrhoids and during pregnancy, although it can be completely eliminated only after the birth of the child.