Turquoise stone and its properties 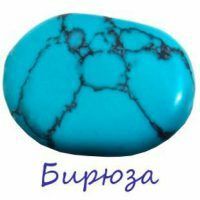 A stone of happiness, a stone of love and victory - in ancient times it was called turquoise, attributing to it various healing and magical properties.

This beautiful semiprecious ornamental stone was admired and admired, it was used to make original jewelry, as an amulet for attracting luck and victories. The popularity of gem does not diminish in our days.

Turquoise - opaque and non-translucent stone with matt inglossy luster and ornate pattern. The color of the stone is from gently blue to greenish. Interestingly, over time, turquoise is able to change its color. Over the years, the stone of a saturated blue color acquires a green, gray or even a brownish hue. Gemologists argue that such changes in the color of the mineral are due to the fact that over time his chemical formula changes, it "ages", and traditional healers claim that in this way the stone reacts to the illness of its owner.

The name of the stone "turquoise" has Persian roots and comes from the word "firuza", which translates as "the stone of happiness."There are other names for this mineral: Egyptian turquoise, celestial stone, Aztec stone, war stone, etc.

The history of the application of turquoise and its special, respectable attitude to it is rooted in the distant past.

As a mineral of sedimentary origin, the chemical composition of turquoise is a complex phosphate of aluminum and copper.

The chemical composition of turquoise includes:

In addition to the basic chemical elements in turquoise, various impurities can be found. The main ones are:

The color of the mineral depends on the chemical composition and the percentage of various impurities. It can be either sky-blue, greenish, grayish or brownish. The main role in determining the color of turquoise is played by the content of copper.

Turquoise coloration is usually inhomogeneous, with inclusions and veins of brown or black color, due to the presence of iron oxides and manganese.

When heated, turquoise loses its color, becomes dark brown and cracked, and dissolves in hydrochloric acid.

This is a relatively soft mineral, it can be easily processed and does not crumble. The hardness of turquoise on the Mohs scale is from 5 to 6, and the density is from 2.6 to 3 g / cm3.

Over time, in the process of "aging", the chemical composition of turquoise produces hypergenic changes, resulting in changes in its physical properties, including color, density and hardness.

There are three main varieties of turquoise that correspond to a certain age of the mineral:

The most ancient and known turquoise deposits of the highest quality are in Iran( Nishapur), Central America and Egypt. Large deposits of minerals have also been discovered in Afghanistan, Tajikistan, Uzbekistan, Kazakhstan, China, Australia, the USA and Argentina.

Traditional healers have used turquoise since ancient times to treat various ailments. In many respects, its medicinal properties are due to the presence of copper ions, which exert a hemostatic and anti-inflammatory effect.


So, it is commonly believed that this blue stone is capable of:

But most importantly, turquoise jewelry is an important indicator of human health. Litotherapists say that if a person falls ill with a serious illness, the stone grows dull and changes color. This serves as a signal for a serious medical examination.

According to magicians and sorcerers, turquoise has strong magical properties. For thousands of years it is a symbol of happiness and well-being, a powerful amulet capable of bringing victory and good luck in business.

Ancient warriors believed that turquoise is able to protect them from death in battle and therefore decorated it with their clothes, weapons and harness of horses.

Used turquoise and as a love talisman, able to save love and save the family in the world.

It is also believed that turquoise in the form of ornaments and mascots is capable of:

However, when buying ornaments with turquoise as an amulet, you need to know that this mineral loves active, courageous and cheerful people who believe in their luck and love life. Optimists of turquoise will give good luck and luck, but people suffering from depression and nervous diseases, to wear this stone is not recommended. Turquoise will not be able to give peace to such an owner and will only enhance his natural nervousness.

Astrologers advise different signs of the zodiac to wear different kinds of turquoise.

So, young white turquoise is most suitable for people born under the signs of Aries, Virgo and Pisces. They will bring happiness to them.

Green turquoise is most suitable for people born under the signs of Scorpio and Taurus.

All other signs of the zodiac astrologers recommend products with blue turquoise. This stone does not fit only the Lions.

Turquoise was and remains a very popular semi-precious jewelry and ornamental stone.

After processing with cabochon, it is made of a variety of jewelry, as well as talismans.

Interesting facts about the mineral

How to distinguish natural turquoise from counterfeit

Today, more and more often, instead of natural turquoise, you can see a fake. As imitations, turquoise-like natural stones( chrysocolla, variscite or hovlit), artificial turquoise, colored glass, plastic, porcelain, and even bone impregnated with copper salts are used as imitations.

Of course, for sure to determine the imitation of turquoise can only specialist. But a rough forgery can be discerned and independently, after conducting several simple experiments.

When buying products from turquoise, remember that it is a hygroscopic mineral, therefore it should be protected from:

In order to avoid burnout and change color of turquoise products, prolonged exposure to ultraviolet rays and cosmetics should be avoided.

You can not clean turquoise in soapy water. To give the stone a beautiful appearance, it is enough to wipe it with a soft dry cloth( flannel or suede).

Pictures of turquoise stone and its products 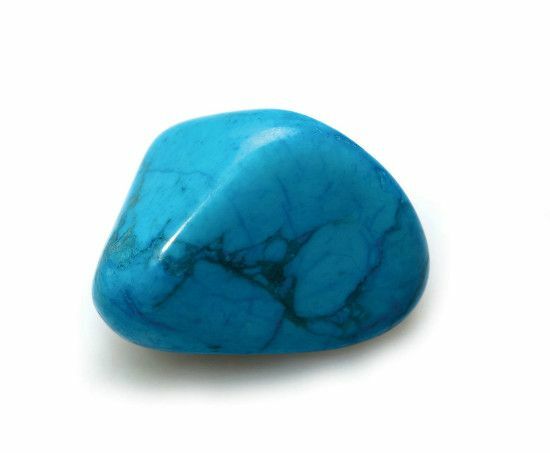 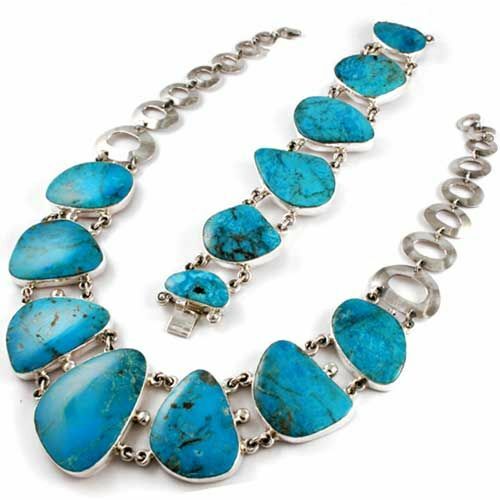 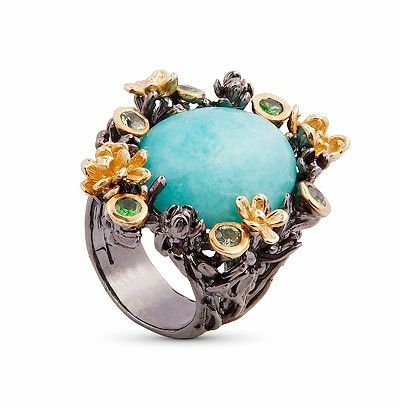 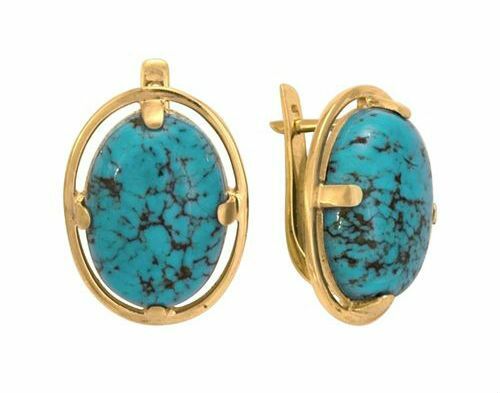 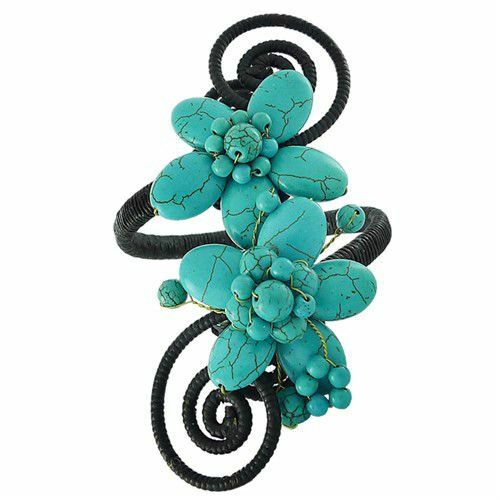 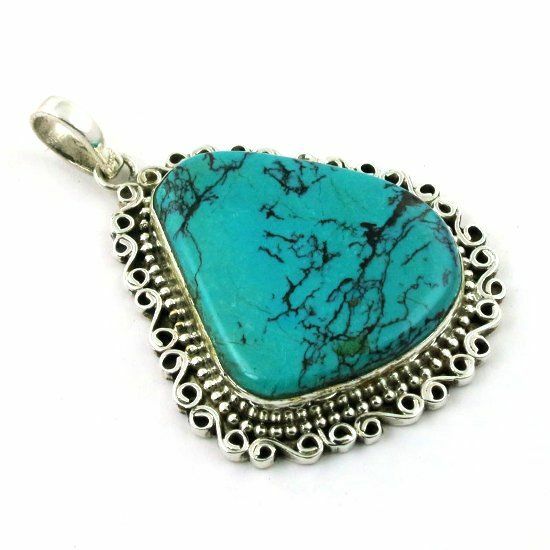 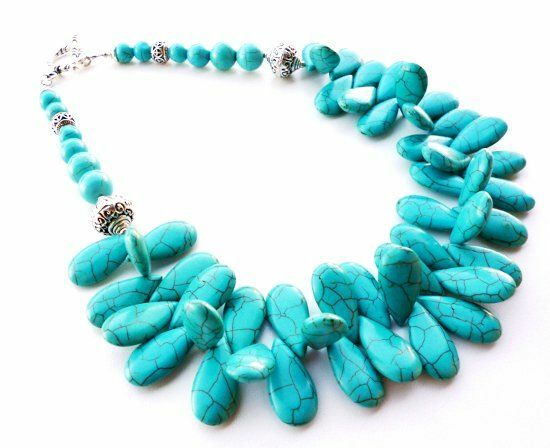