Consequences of co-administration of antibiotics and alcohol 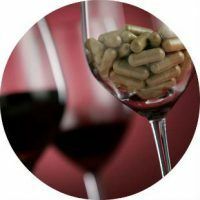 When prescribing a course of antibacterial therapy, patients are often interested in whether it is possible to drink alcohol at this time. Alcohol has a direct effect on the activity of antibiotics and the process of their absorption, preventing the absorption of the drug from the digestive tract and causing a number of unpleasant consequences.