Calendar of People's Appointments for October 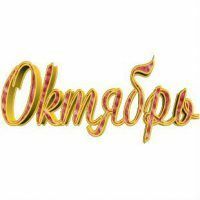 October is the second month of autumn, with which many people's signs are associated. It is believed that his name came from the ancient Roman "octo"( eight), because at that time it was the eighth. Although the trees are still covered with a yellow-purple dress and warm sunny days occur, but the autumn rain begins to fall more and more, and the first nocturnal frosts are picked up.

In previous times October was called "wedding", "posmnik" or "dirty".By this hour all field work was over, and the season of weddings was coming. A happy omen for the girl was to get married on October 14 to the Protection of the Most Holy Theotokos. Such a marriage promised happiness and well-being in a long family life.

If October is too warm, then the winter will be severe, but the sudden thunder predicted a short and snowless winter. When, after a few days of cold weather, the trees blossomed a second time, it was believed that autumn would still be happy with warm weather.

If oak wore a lot of acorns - they were waiting for a frosty and fierce winter, and if the green foliage lasted for a long time on trees, then the winter on the signs should have been short and soft.

Real snow from the first in October waited in forty days. If he lay down on wet ground, then, as a rule, he stayed for several days, and if on a dry one he quickly melted, and warm weather was set again. If everything is covered with snow, and it does not go off for a long time, then in the spring it will melt for a long time.

The old people said that the weather in October, pointed to the same in April. Up to which the number will be a clear sky this month, from the same day spring will enter its rights in the fourth month of the year. If around the moon are visible dull circles, then the next summer will be arid.

Rare white clouds on a October afternoon portend for a few days a cold, but clear weather. Low and fast floating clouds - to quick cold and possibly with snow. Bright-scarlet sunset - to a windy day, and dull stars - to swift precipitation. Before the autumn rain, the moon is usually pale, as if in a fog, and before the wind - bright and clean.

If spiders weave cobwebs - this is to cold, but dry weather, and when the web freely spreads through the plants and flies through the air - wait for warm temperatures. At the beginning of the month, the eastern winds began to blossom - to dry and clear weather, western - to wet, northern - to frost and snow.

Pay attention also to the calendar of people's signs for the last autumn month November http://woman-l.ru/narodnye-primety-na-noyabr/
to the table of contents ^

October is a beautifultime to create a new family. It was in this autumn month that our ancestors played the largest number of weddings. Signs indicated that the October union promised to be long, happy, strong, rich, but the couple will have to fight for their own happiness.

The most successful day for the church calendar for marriage was considered October 14( Intercession).The presence of snow or rain at the festive ceremony spoke of the blessing of the newlyweds in heaven. The heavy rain foreshadowed the imminent birth of the heir.

Not entirely favorable, according to the church, are the numbers: October 5( Holy Martyr Foki), October 19( Thomas), 28( Lucian and Euphemia).