What drugs quickly reduce the pressure 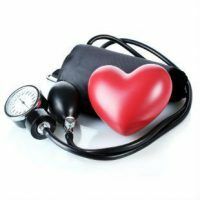 According to WHO, every third person on earth suffers from hypertension( high blood pressure).This is a rather dangerous condition, which increases the risk of death from diseases of the cardiovascular system. There is a huge number of drugs that lower blood pressure, which differ in the mechanism of action, indications, contraindications and side effects.

When blood pressure measurement are two important indicator- this is the upper limit( systolic) and the lower( diastolic).The upper figure shows the magnitude of the systolic pressure, which depends on the strength of the contraction of the myocardium( cardiac muscle) during its contraction. Diastolic - an indicator of pressure in the arteries at the time of relaxation of the heart muscle.

High blood pressure indicators indicate the danger of serious diseases, including cerebral circulation disorders. Increased pressure creates a large load on the walls of the arteries, which can subsequently lead to their rupture and hemorrhage. Hypertension gradually leads to early wear of the heart muscle.

Calcium channel blockers together with diuretics are the main drugs that reduce pressure in the elderly. They improve the elastic properties of the aorta and its branches. In addition, these drugs have an anti-atherosclerotic effect, which is especially important in elderly patients.
to table of contents ^

At constant high diastolic pressure, the patient is recommended to be sent to inpatient treatment, where specialists will find out the cause of hypertension and select appropriate therapy. To reduce the diastolic pressure, beta-blockers( Anaprilin), ACE inhibitors( Captopril), angiotensin receptor blockers( Yloktran), and diuretics and calcium channel blockers can be prescribed.

Continuous and correct treatment of diastolic hypertension makes it possible to relieve tension in the circulatory system and prevent complications from the internal organs.
to the table of contents ^

The calcium channel blocker has anti-ischemic and antihypertensive activity. The drug reduces the overall vascular resistance and gently lowers blood pressure, so that patients do not experience tachycardia( rapid heartbeat).The maximum development of the effect occurs in 7-8 hours.

Side effects: swelling of the feet, headache, drowsiness, sensation of heat, irritability, dyspnea. Very rarely there can be: depression, increased appetite, cough, gastritis, pain in the heart, frequent urination.

Amlodipine is not prescribed for conditions such as: aortic stenosis, severe arterial hypotension, cardiogenic shock, unstable angina, myocardial infarction, hypersensitivity to the drug components, and pregnancy and lactation.

The drug is used to normalize the pressure in hypertension, ischemic heart disease, as an antiarrhythmic agent for extrasystole, atrial fibrillation, tachyarrhythmia. In the case of hypertensive crisis, the drug is administered intravenously in a strictly individual dosage. Side effects: vomiting, nausea, fatigue, constipation, headaches and dizziness, swelling and an allergic reaction. When the dose is exceeded, hypotension( low blood pressure) often develops.


Verapamil is contraindicated in the first trimester of pregnancy, with breastfeeding, a heart attack with an atrioventricular node blockade, cardiogenic shock and hypotension.

Read also about which diuretics do not excrete calcium from the body and at the same time softly lower high blood pressure. Http://woman-l.ru/mochegonnye-sredstva-ne-vyvodyashhie-kalcij/
to the table of contents ^

Blockercalcium channels, dilates the peripheral vessels, which greatly improves the blood supply of organs and tissues, regulates the need of the heart muscle in oxygen. It is used as an anesthetic for the treatment of angina pectoris, myocardial ischemia, arterial hypertension and vasospastic angina pectoris.

Nifedipine is used to arrest various forms of hypertension, including hypertension of renal genesis( at the same time it prevents the development of renal failure).The drug is indicated for hypertensive crisis, it improves the blood supply of the central nervous system. It has also been shown to be effective in the treatment of Raynaud's disease.

The maximum daily dose is 4 tablets, and after taking Nifedipine for some time you need to be in a horizontal position, so as not to lose consciousness.

Nifedipine should not be used in cases of severe heart failure, pregnancy, breastfeeding, hypotension.

The ACE inhibitor, has a vasodilating effect on the peripheral vessels, and this leads to a pronounced hypotensive effect. The drug increases pulmonary circulation, which improves the effectiveness of breathing, reduces the burden on the heart and stabilizes the kidney circulation.

You can not take Captopril during pregnancy, during breastfeeding, as well as leuko- and thrombopenia.

Clopheline is prescribed for hypertensive crisis, to reduce hypertension. It is widely used in ophthalmology to reduce intraocular pressure in glaucoma. The drug is effective even in minimal doses, therefore it is prescribed only by a doctor and is sold by prescription, you can take it only with the control of blood pressure. Clofelin can not be abruptly abolished - this can lead to the development of a hypertensive crisis.

Clopheline is not prescribed for cardiogenic shock, depressive syndrome, cerebral vascular pathology, arterial hypotension. You can not combine the drug with alcohol. Take care with people whose professional activities require special attention, such as drivers of motor vehicles, etc.

Is a drug of choice in the development of chronic heart failure in the elderly. The duration of action of Losartan exceeds 24 hours.

Central alpha stimulant, has a pronounced effect on the tone of peripheral vessels. When using the drug, it is necessary to monitor the liver and blood composition.

The drug is effective in almost all forms of hypertension, it can also be used in pregnancy.

The drug is not prescribed in the presence of diseases associated with impaired liver function, such as cirrhosis, hepatitis, etc. In case of impaired renal function, a lower dosage of the drug is prescribed.

Sympatholytic, has a pronounced antiarrhythmic effect, and also acts soothingly on the central nervous system. The hypotensive effect of Raunatin gradually develops. The drug enhances filtration in the kidneys, which contributes to increased renal circulation.

Raunatin is contraindicated in people with individual intolerance, heart failure, arterial hypotension, organic defeats of the heart muscle, peptic ulcer of the stomach and duodenum, especially during an exacerbation, bronchial asthma and nephrosclerosis. Do not take the drug to pregnant women and during lactation.

Sympatholytic, effective in the initial stages of arterial hypertension. It is prescribed in most cases in combination with other drugs, which also have an antihypertensive effect. If there is no positive effect during two weeks of taking Reserpine, further use of it is impractical.

Reserpine is contraindicated in the reduction of heart rate, atherosclerosis of the cerebral arteries, diseases of the stomach and duodenum, as well as in nephrosclerosis.

Calcium channel blocker, effective at various stages of arterial hypertension. Has anti-ischemic and antianginal action. It can be used as an independent drug as a monotherapy or in combination with other antihypertensive drugs( for example, beta-blockers, ACE inhibitors or diuretics).Felodipine reduces diatolic and systolic blood pressure, and it is often used with isolated systolic hypertension. The drug is effective and in combination with non-steroidal anti-inflammatory drugs.

Central alpha stimulant, refers to antihypertensive drugs with a central mechanism of action, reduces diastolic and cardiac pressure. Reducing the load on the heart muscle prevents its hypertrophy and the emergence of complications from the central nervous system and heart. When you receive Physiotense, the patient feels better, physical performance improves.

Unlike the analogues of Physiotense, the drug to a lesser extent activates peripheral and central adrenergic receptors, so there are practically no side effects on the part of the gastrointestinal tract and the central nervous system. In addition, moxonidine( an active substance) does not develop addiction, so after a sharp discontinuation of the drug, hypertension is not exacerbated.

It is prohibited to treat the drug to people who have been found to be intolerant to drug components, as well as patients with severe bradycardia, acute chronic heart failure, sinus node weakness syndrome, hereditary or acquired disruption of galactose utilization.

The ACE inhibitor, the duration of action of this drug reaches 24 hours, is used in the same cases as Captopril.

Contraindications to the use of Enalapril are the same as for Captopril, also it is not recommended to use it in renal failure.