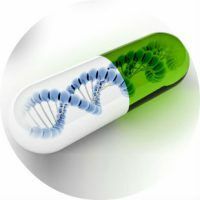 Beta-blockers - a class of drugs used in diseases of the cardiovascular system( hypertension, angina pectoris, myocardial infarction, cardiac rhythm disturbance and chronic heart failure) and others. At present, beta-blockers are accepted by millions of people around the world. The developer of this group of pharmacological agents has revolutionized the therapy of heart disease. In modern practical medicine beta-blockers have been used for several decades.

Adrenaline and other catecholamines play an indispensable role in the vital activity of the human body. They are secreted into the bloodstream and affect the sensitive nerve endings - adrenoreceptors located in tissues and organs. And they, in turn, are divided into 2 types: beta-1 and beta-2-adrenergic receptors.

In atherosclerosis, beta-blockers are able to relieve pain and prevent the further development of the disease, adjusting the heart rate and reducing the regression of the left ventricle.

Beta-2-adrenoceptors are blocked together with beta-1, which leads to negative side effects from the use of beta-blockers. Therefore, each drug of this group is given the so-called selectivity - the ability to block beta-1-adrenergic receptors, without interfering in any way with beta-2-adrenergic receptors. The higher the selectivity of the drug, the more effective its therapeutic effect.

Beta-blockers are very easy to recognize among other drugs by name with a characteristic ending "lol".All preparations of this group have differences in the mechanisms of action on receptors and adverse events. According to the basic classification, beta-blockers are divided into 3 main groups.

First generation drugs - noncardioselective adrenoblockers - are among the earliest representatives of such a group of medicines. They block the receptors of the first and second types, thus providing both a therapeutic and side effect( can lead to bronchospasm).

Some beta-blockers have the ability to partially stimulate beta-adrenergic receptors. This property is called internal sympathomimetic activity. Such beta-blockers to a lesser extent slow down the rhythm of the heart and the strength of its contractions, have a less negative effect on lipid metabolism and do not often lead to the development of withdrawal syndrome.

For first-generation drugs with intrinsic sympathomimetic activity are:

Second generation drugs block predominantly the first type of receptors, the bulk of which are localized in the heart. Therefore, cardioselective beta-blockers have fewer side effects and are safe in the occurrence of concomitant pulmonary diseases. Their activity does not affect beta-2-adrenergic receptors located in the lungs.

Beta-blockers of the second generation are usually included in the list of effective drugs prescribed for atrial fibrillation and sinus tachycardia.
to table of contents ^

With internal sympathomimetic activity of

No internal sympathomimetic activity of

Generation III - with vasodilating properties of

Beta-blockers of the third generation have additional pharmacological properties, as they block not only the beta receptors, but also the alpha receptors found in the blood vessels.

Non-selective beta blockers of the new generation are drugs that equally affect beta-1 and beta-2-adrenergic receptors and promote the relaxation of blood vessels.

Cardioselective drugs of the third generation contribute to increased nitric oxide excretion, which causes vasodilation and a reduced risk of atherosclerotic plaques. To a new generation of cardioselective adrenoblockers are:

For the duration of the action of

In addition, beta-blockers are classified by duration of action on long-acting and ultra-short-acting drugs. Most often, the duration of the therapeutic effect depends on the biochemical composition of beta-blockers.

Long-acting drugs are divided into:

Long-acting drugs differ in the mechanisms of action on adrenergic receptors and are divided into cardioselective and noncardioselective.

Beta-blockers of ultrashort action are used only for droppers. The beneficial substances of the drug are destroyed by the action of blood enzymes and stop after 30 minutes after the end of the procedure.

Short-term action makes the drug less dangerous with concomitant diseases - hypotension and heart failure, and cardioselectivity - with bronchoobstructive syndrome. Representative of this group is substance Esmolol .

Beta-blockers are absolutely contraindicated for:

The use of such drugs should be treated very seriously and carefully, because in addition to the therapeutic effect, they have the following side effects.