What is feminism and who are feminists? 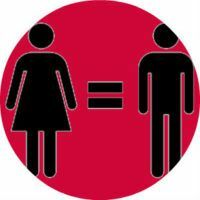 Feminists often appear to people as masculine women who do not take care of themselves, refuse to accept help from men and speak at various rallies. To have a correct idea of ​​this direction, it is necessary to understand the origins of feminism, the basic beliefs and goals of its followers. Only having knowledge, you can make up your own opinion about women who demand the same rights as men do.

Feminism is a social trend that is designed to fight for the equal rights of women and men. Often people do not really understand what exactly is behind this, as in modern society it seems as if such differences have long been erased. However, the problem of gender inequality exists not only in the countries of the third world and developing countries, but even in developed countries of the West.

In fact, feminism stands for equality of both sexes in 3 spheres of life: social, political, economic. This is a guarantee that women will have the right to vote, that they can be elected to the ruling bodies of various parties, run for high political positions.

Feminism advocates the possibility of choosing any profession, while the employer can not opt ​​for a man with equal experience and skills, only on the basis of the gender of the candidate. In many countries, salaries statistics say that equally qualified employees will have a wage difference, and the average man gets more women.

When the phenomenon just started, its goal was to give women the right to vote and property, which would include the rights to children. Before this period, the child was considered the property of the father, and in case of divorce, the woman had no rights to it.

With time, feminism began to develop, the demands of the representatives became wider, the movement split into different types, based on the peculiarities of the ideology of each group. The influence of feminism on the modern world is colossal, and every year gender inequality in developed countries is becoming less noticeable.

Who are feminists in simple terms - these are women who demand equal rights with men in all spheres of life. At the same time, one can not relate to this movement if a person merely agrees with the main theses and views, but does not take an active part in the movement's activities. For this it is necessary to discuss the goals of feminism, to participate in meetings and rallies.

On the Internet, there are many thematic forums and groups in social networks, where you can find like-minded people and join one of the directions. The movement requires not only personal participation in demonstrations, filing applications and drawing up petitions, but also conducting educational activities in society.

How do they become feminists? Many women face gender inequality every day. This can be manifested during promotion, and in relationships within the family, in shops and on the street. As a rule, ordinary female citizens demand equal rights with men only in their own country, whereas well-known public people can influence other regions.

For what feminists are fighting these days:

There are feminist men who are usually called feminists. They hold the same views as women, often appear together with them at rallies and participate in demonstrations.

The actions of feminists are aimed at drawing attention to a particular problem. Sometimes they are prepared for a long time and are timed for some date, sometimes they occur spontaneously due to sudden events. At the same time, women hold banners in their hands, on which are depicted the slogans of feminists. Often they are associated with specific problems in society or can simply be a play on words( "All people are sisters").

There are a few dozen types of feminism in all. Representatives of a particular trend rarely have exactly the opposite views, and new movements are organized due to the fact that in different countries and different layers of society there may be problems that need to be solved.

The most famous types:

There are intersectional feminists who have moved far from the idea of ​​fighting for gender equality, but advocate for equality in general. For example, they act not only for equal salaries for women and men, but also for the rights of transgender couples or sexual minorities, including the male.

The best books on self-development, psychology and personal growth http://woman-l.ru/luchshie-knigi-po-samorazvitiyu/
to the table of contents ^

Influence of feminism on society

The influence of feminism is actively traced in Western society, where active representatives of the movementcould achieve great success at the legislative level.

The first result was the admission to the vote, followed by the right to property and the filing of documents for divorce. Women were able to achieve the introduction of responsibility for domestic violence, from which even in developed countries, thousands of women still suffer daily. Every year, the laws for such actions are becoming stricter.

Feminism has affected many words in different languages. For example, in English a number of words are compound with the use of man, but at the same time there are also more neutral words: mankind and humanity mean "humanity", but now it is preferable to use the second option.


In Russia, some radical feminists deliberately use the incorrect form of the Russian language when the mascot suffix -ka is added to the word. For example, instead of the word "author" in relation to the one who published a certain post on the Internet, they will use the word "author".Also the use of the words "cashier", "conductor", "ticketeter" and the like is encouraged.

American feminists were among the first to achieve that society no longer condemns women for an active sex life. Also in the US and Europe, it's normal to think that after the birth of a child, a man remains at home on maternity leave, while a woman goes to work.

But a special victory is that Protestantism approved of women's desire to occupy some spiritual positions, whereas previously only men were allowed to do so.

In Russia, feminism in its current flow is poorly developed, but it originated in the XIX century, and then actively flourished in the first decades of the USSR.After the overthrow of the monarchy, women were given the right to vote back in 1917, one of the first in the world.

The ruling authorities immediately satisfied some of the demands of the women's movement. This is the existence of their own documents, and the right to children, the opportunity to file for divorce. All this took place against the backdrop of the fact that all women had to work, often on a par with men and in rather difficult conditions. Over time, with the feminism of power began to fight, so modern Russia is anew revives the feminist trend.

Bright representatives of the movement

Famous feminists meet among the stars of music and cinema. Many of them are actively advocating for women's rights. Actress Emma Watson is a feminist who is a goodwill ambassador in a special unit of UN-Women. It started work in 2011 and deals with the problems of gender inequality.

Emma stands for the fact that men are also obliged to join feminism and seek equal rights for women. However, radical feminists oppose that men participate in their movement.

Feminist Maria Ivanovna Arbatova is the most famous representative of the movement in Russia. She is a writer and politician, actively advocates the legalization of same-sex marriages and the reduction of the church's influence on society.

Her activities are often criticized, but Maria does not stop and gathers around herself more and more feminists of Russia. It is important that there is no separate idol for feminists. They tend to a certain picture, but do not try to equal each other or to anyone else.

Other prominent representatives are: