The rules and the scheme of complementary feeding for breastfeeding 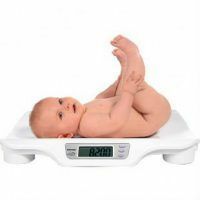 Lure is a new food in the baby's diet, which he receives to switch to adult nutrition. Introduction of complementary foods is a serious step in the life of the baby, which must be done with observance of the basic rules, so as not to harm the health of the child. It is best to introduce complementary feeding for breastfeeding according to the schemes developed by pediatricians.

Today, WHO recommends the introduction of complementary feeding with breastfeeding no earlier than six months.

Most pediatricians agree with this, but advise not to rush and take into account the individual factors of infant development.

It is believed that the baby is ready to introduce new food into the diet if:

Read about the rules and schemes http://woman-l.ru/pravila-i-sxema-vvedeniya-prikorma-pri-iskusstvennom-vskarmlivanii/ introduction of complementary feeding with artificial feeding
to the table of contents ^

The well-known doctor Komarovsky also advises to introduce lure to babies during breastfeeding not earlier than six months.

However, as a first supplement, he advises using non-vegetable purees, and sour-milk products, and it is best to start with low-fat kefir.

The motivation for this choice is simple: the


Lure began on Komarovsky, from six months. First there was kefir and narina from the children's kitchen. Before six months of experimenting with lure is simply dangerous for the health of the child.

My son is now 1 year and 2 months old. When it came time for the first meal, I learned a lot of information about this - articles, reviews, all sorts of forums. Long decided on what scheme to stop - the classical or Komarovsky. I stopped my choice on the classical scheme and the main factor that outweighed the scales in this direction was the quality of lactic acid products sold in our supermarkets. We started our food with mashed potatoes, then there was cauliflower, pumpkin, carrots, potatoes, beets. Then porridges were added, first on the water, then dairy, fruits, meat, bread and biscuits. But curd and sour-milk products, we tried in 10 months.