Sapphire stone and its properties 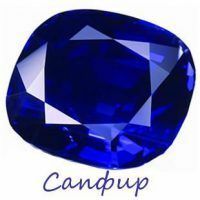 For several centuries, sapphire has been the top three most expensive and beautiful gems on the planet. Due to its properties, the stone sapphire has long been identified with power, wisdom and justice. It is considered to be a stone of monarchs, dukes, kings and priests.

History of a stone

In ancient times people believed that this stone is a frozen droplei elixir of immortality. Sapphire has always been associated not only with power, but also with dignity, honor, and its color was fairly compared to heavenly purity.

According to scientists, deposits of sapphires were first discovered in placers of India. Later, along with the traders, this beautiful stone landed in Ancient Egypt, where it acquired extraordinary popularity and became an adornment not only of the priests and rich people of the country, but also of Cleopatra herself.

With the emergence of Christianity, sapphires began to decorate the rings of bishops, so that its sky-blue color would inspire clerics to turn their thoughts to the sky more often.

In ancient Russia sapphire also gained popularity, here the stone was given a beautiful name "azachny blue".Russian monarchs called sapphire "the patron of mercy and the enemy of vice."

The first Russian Tsar Ivan the Terrible and the Grand Prince of All Russia, Boris Godunov generously showered these jewels with regalia of power, their hats, robes and weapons.

Inlaid with sapphires their attributes of power and clothing and European rulers.

This precious stone was used as an ornamental stone:

Sapphire rightfully occupies an honorable place among the leaders of the most beautiful precious stones. It is a transparent mineral with a pronounced glassy sheen of unusually beautiful shades - from cornflower blue to pink.

This beautiful stone not in vain stirred imagination of people, after all its color scale really amazes and fascinates.

It is interesting that in ancient times sapphires were mistakenly called all without exception blue stones. Although "sapphire" is translated from Greek "sapfeos"( σάπφειρος) as "blue stone", in nature, pink, green and orange-yellow sapphires are also occasionally found.

All the colors of sapphire, except blue, are usually called fantasy. But still the most valuable stones are considered, the shade of which varies from sky-blue to rich blue.

It so happened that the sapphire was considered to be exclusively blue stone. But for today sapphires also include blue, pink, white, green and black corundums.

In nature, there are many varieties of sapphires:

The color of the sapphire depends on its chemical composition.

stone For all sapphires, the starting material is corundum - colorless aluminum oxide. Chemical formula of the mineral: Al2O3.

For natural corundum formation, a high content of alumina and a deficiency of silica is necessary. During its formation, impurities of titanium( Ti), iron( Fe) and manganese( Mn) contribute to the formation of sapphire crystals and determine its color. Thus, iron impurities give corundum a light brown shade, manganese additions give the stone a unique pink color, and iron oxide - a yellow tint.

There are about 2000 color varieties of sapphires. However, the color of this stone can change under the influence of temperatures and X-rays.

So, x-ray irradiation is able to color even colorless stones, while heating sapphires leads to loss of color intensity. For example, stones of rich purple hues acquire a pink tint under the influence of high temperature, and yellow stones may become discolored when heated.

Sapphires have the correct crystal structure, have birefringence and are uniaxial.

The main deposits of sapphires are in Australia, Kenya, Cambodia, the USA, Tanzania, Thailand. But the rarest and most expensive stones are mined today in Madagascar and Sri Lanka. Also, stones from Myanmar and Kashmir are particularly appreciated.

People have long believed that sapphire can cure leprosy, and also serves as an effective antidote. The healing properties of sapphire were used in their practice by supporters of the Indian health system Ayurveda, and folk healers of different countries.

The magical properties of sapphire impress with its variety.

The most favorable sapphire affects people born under the sign of Sagittarius. Men of this sign, possessing a sapphire, become more confident in themselves and achieve their goals faster, while women acquire extraordinary attractiveness.

Besides this sapphire gives wisdom and insight to Aquarius, Aries, Taurus, Scorpions and Virgins.

But Capricorn sapphire can do much harm.

In the modern world, sapphires have been used in various fields:

How to distinguish natural sapphire from forgery

In the modern world it is difficult to distinguish natural sapphire from artificially grown, because the physical properties of a synthetic stone are in no way inferior to natural sapphire, and sometimes even surpass it.

When choosing a natural stone, do not forget:

Due to the hardness of the sapphire it is difficult to damage, so taking care of the stone is quite simple.

There are several ways to clean sapphire:

Photos of sapphire and jewelry from it 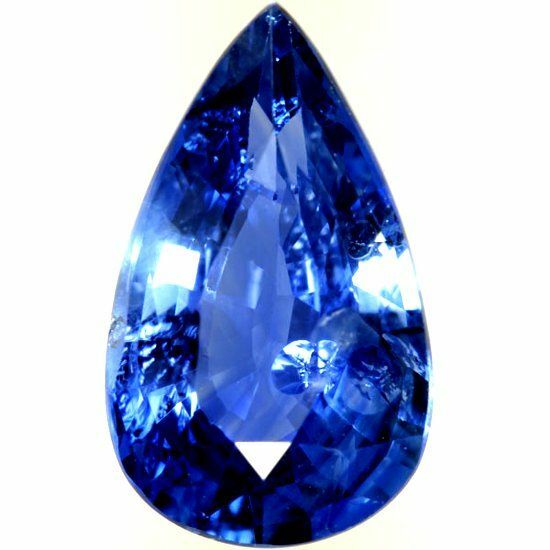 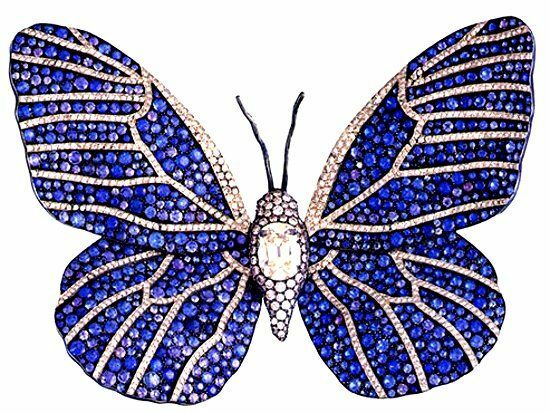 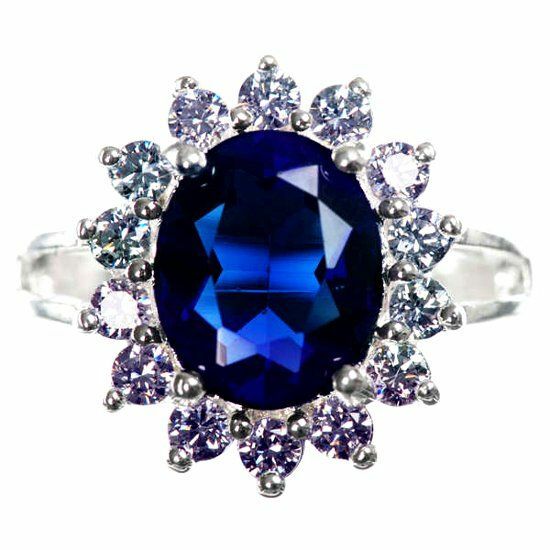 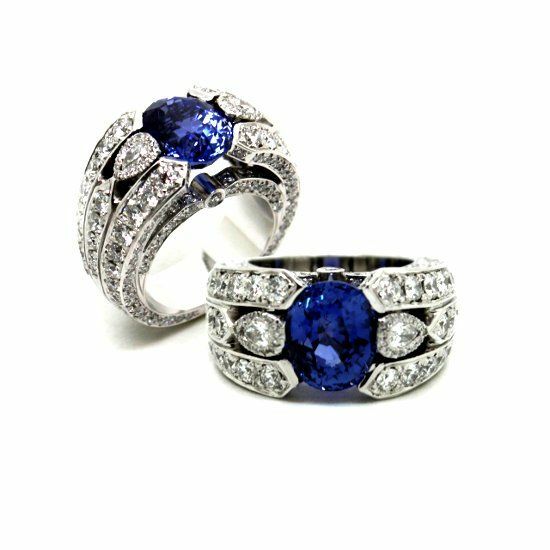 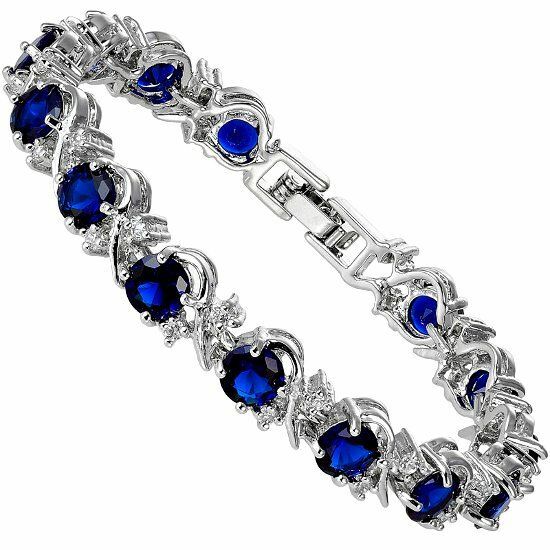 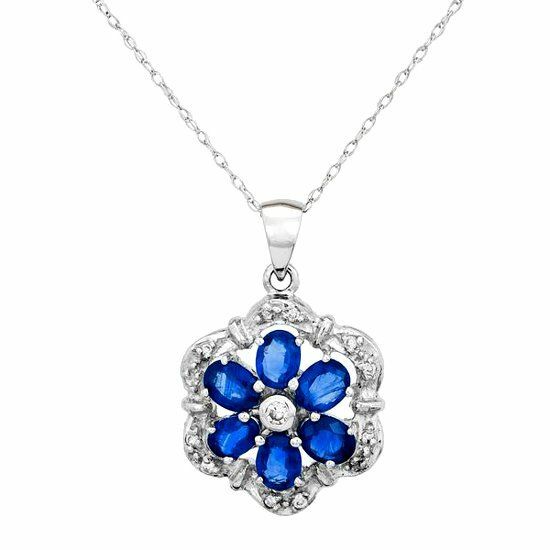 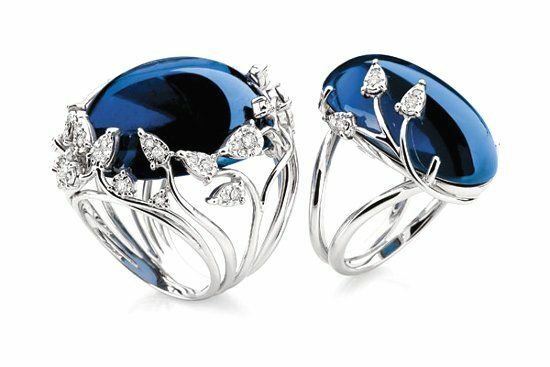 My favorite stone, very beautiful, deep. By saturation with him can only be compared ruby.
Sapphire - a stone of calves( ie mine:) ) The owner of this stone should be pure soul and thoughts. Otherwise, the stone will go away from it( it will be lost, it will be stolen).He means chastity, calms and guides the owner to the right path.
Taurus itself is very violent signs, temperamental, and sapphire helps to reveal talents and strengthens positive traits of character.
Therefore, you must have this at home.

The blue sapphire stone is not an azote blue, but one family and believe that the blue stone is sapphire, can not be called an azure.