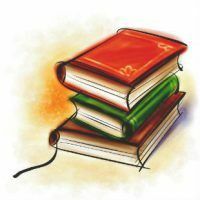 Stories and fairy tales written by the great writer Nikolai Nosov have not ignored every little reader, even though there is a wide choice of contemporaries' stories on store shelves. The works of Nikolai Nosov for children are the standard of children's literature, and we offer a brief overview of some of them.

Vitya Maleev in school and at home 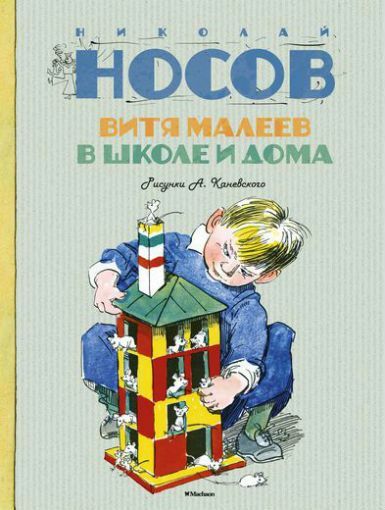 This is one of the favorite stories of readers, which consists of twenty-one chapters. It describes the life of schoolchildren, their thoughts and worries, followed by actions based on personal conclusions, even children's. Funny stories that occur in the life of Viti, give a humorous tinge of the story and amuse the reader.

Adventures of Neznaika and his friends 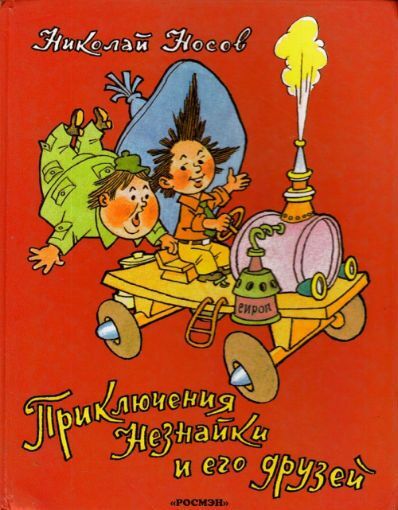 The story written in Nosov's three volumes about the unusual character of Neznaika originates from the book "The Adventures of Neznaika and His Friends".Events begin in the Flower City, where one of the inhabitants comes to the idea of ​​traveling in a hot air balloon. The adventures of friends are gaining momentum, and to find the way home will have to make a lot of effort and savvy.

Neznayka in the Sunny City 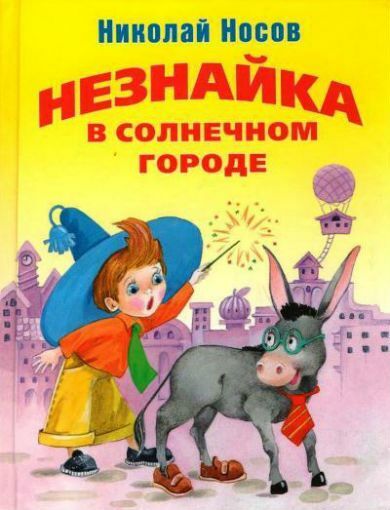 The second part of the trilogy about Neznayka, but here the behavior of the main character changes from a naughty little man, he turns into a sympathetic kid who does only good deeds. Thanks to this, Neznayka gets a magic wand as a gift and goes to new trips to Sunny City, where new friends and adventures are waiting on the way. 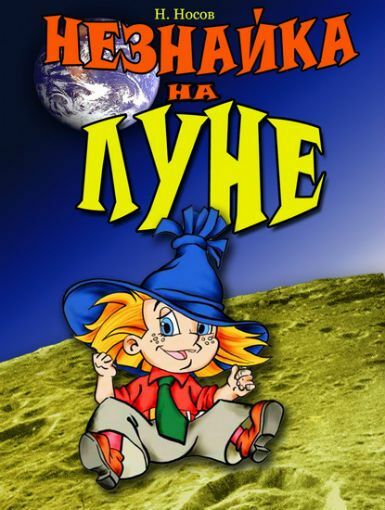 The final part of the Nosov trilogy, which consists of thirty-six chapters, and each of them the writer has put deep meaning, while the text is presented in an accessible form. The main events take place on the Moon together with the faithful friends of Neznaika, who also talk like adults. Knowingly this part is called the textbook of life for kids. 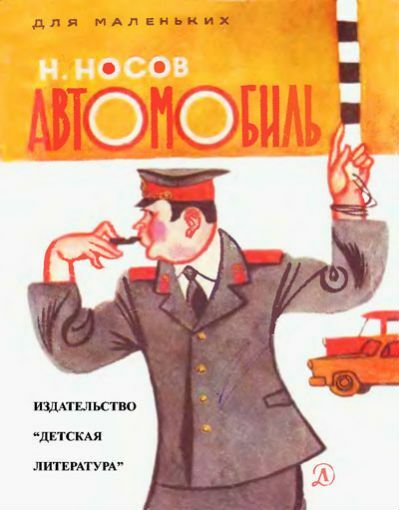 A small story by Nosov, which describes a dispute between two young boys who saw a car in the courtyard and dispersed in the opinion of "Volga" or "Moskvich".Then one of the comrades had an idea to ride a bumper car, because before that the guys had a dream to ride, but none of the drivers did not agree to the request. 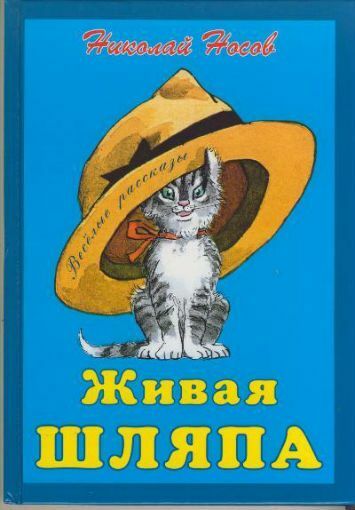 This story about how Vadik and Vova saw the hat on the floor and she, to their surprise,was "alive".The guys saw how she began to crawl on the floor suddenly and frightened them. Friends decided to understand the situation and, in the end, found the answer. The hat fell on the cat Vaska, who was sitting on the floor. 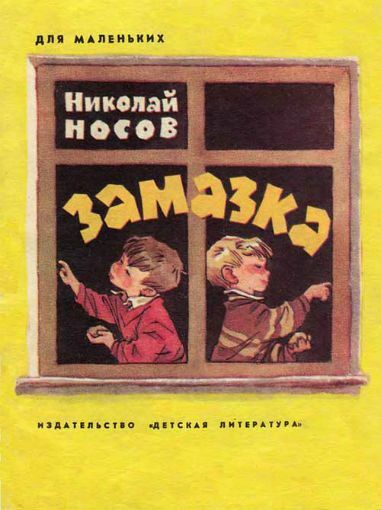 The story tells that a simple putty can lead to the adventures of two comrades Kostya and Shurik. They extracted it when the glazier covered the windows and after that the funny adventures that took place in the cinema began. On the putty sat stranger, she was confused with a carrot, but in the end she was generally lost. 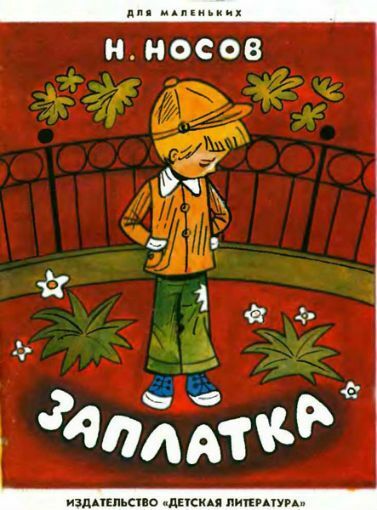 The informative story of Nosov, in which the boy Bobka himself learns to put a patch on his pants, since my mother refused to sew them up. And he tore them up like that: climbed over the fence, caught on and broke. As a result of many trial and error, the young tailor manages to make an excellent patch. 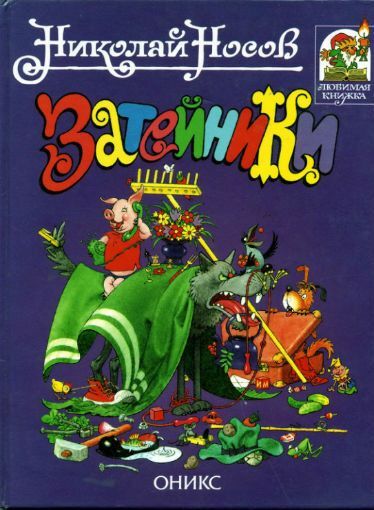 A small story where events develop on the basis of the famous fairy tale "Three Little Pigs."It was read by the guys and decided to start a game. They built a small house and found that it had no windows and therefore could not be seen. And here it suddenly seemed to them that a gray wolf came to them. .. 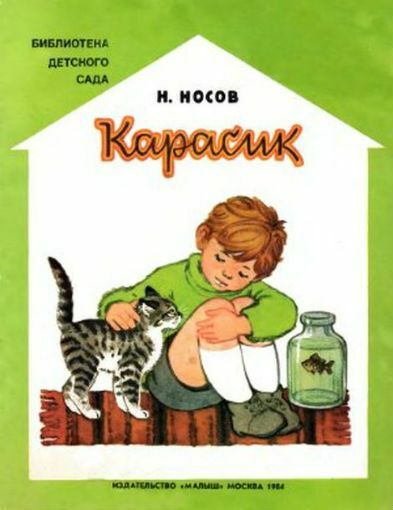 The story of how mother made a gift to her son Vitalik. And it was an aquarium with a beautiful fish - crucian carp. At first, the child took care of her, and then he got bored, and he decided to change with a friend to the whistle. When my mother did not find the fish at home, she decided to find out where she had gone. Vitalik cunning and did not want to tell my mother the truth, but eventually admitted. 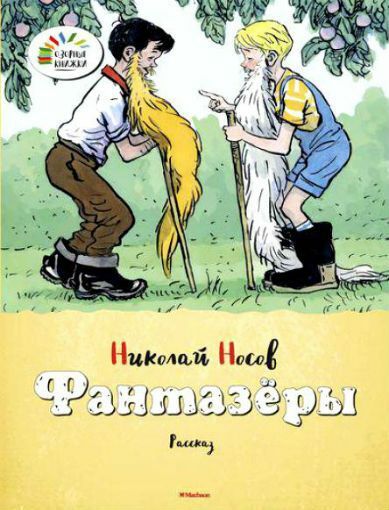 Nikolai Nosov in the story "Fantasers" shows how children come up with stories and spread them to each other. But at the same time, they compete in the one who is more in the know. But here they meet Igor, who himself ate jam, and my mother said that his younger sister did it. The children felt sorry for the girl, and they bought her ice cream. 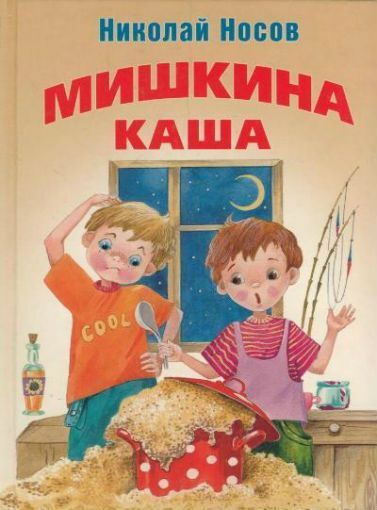 One of the funniest stories. It talks about how my mother and son Mishka lived at the dacha and a little friend came to visit them. The guys were left alone, because my mother had to go to the city. She told the boys how to cook porridge. Friends cheerfully spent the whole day, but then hungry, and the fun began, cooking porridge. 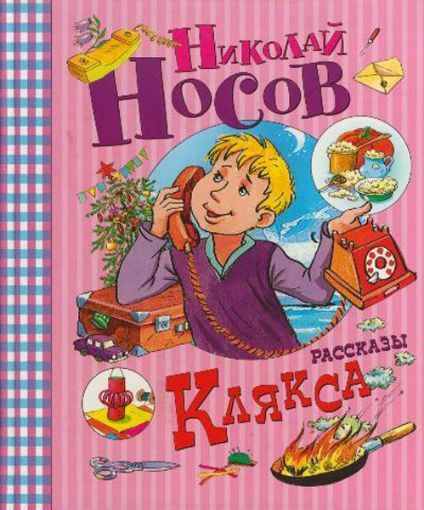 An instructive story about the good and bad behavior of children. The main character, Fedya Rybkin, is a funny kid who makes up funny stories. But the problem is that he cheers at school during the lessons too. And one day the teacher decided wisely to teach him a lesson and it was successful in her. 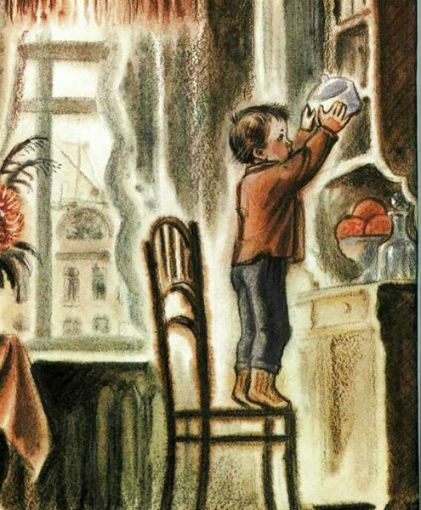 The story of how Masha Misha told her son about to behave andas a reward she promised to give a candy. Misha tried, but then he climbed into the buffet, pulled out the sugar bowl, and in it were lollipops. He could not resist and ate one, and with sticky hands took a sugar bowl and here it broke. When my mother came, the broken sugar bowl and the eaten candy was discovered. 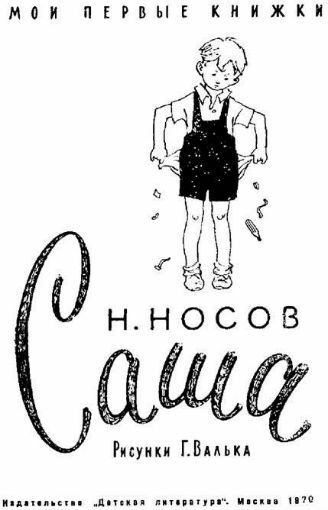 The protagonist of the story is Sasha, he really wanted a gun, but my mother forbade it. Somehow his sisters gave him a long-awaited toy. Sasha played with a pistol and decided to scare the grandmother, shooting directly near his face. Suddenly a policeman came to visit. Here the most interesting thing began, and the child has always remembered that it is impossible to frighten people. 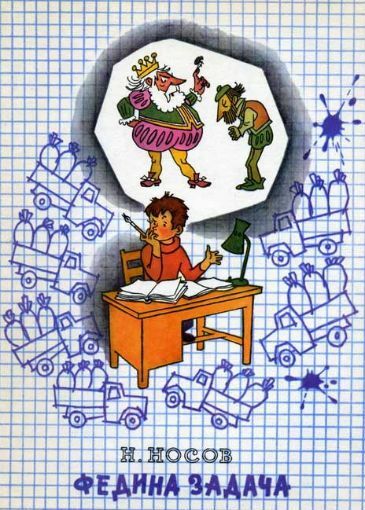 This story is about the schoolboy Fedya Rybkin, who did homework on mathematics. He switched on the radio and went on to solve problems. He thought it would be so much fun. Of course, the songs on the radio were much more interesting than the lessons, so all the songs were carefully listened, but the task was not solved correctly by Fedya. 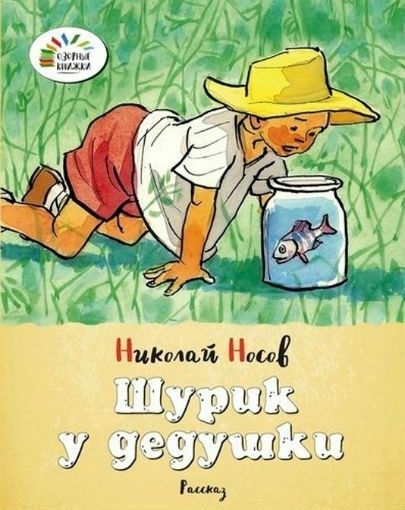 A story about two little brothers who spent the summer in the village with their grandparents. The guys decided to fish, and for this in the attic, at first, they decided to find a fishing rod, but she was alone. But it was also found galosha, which, as it turned out, you can also come up with a lot of interesting things. On the pond, catching fish did not turn out so easy. .. 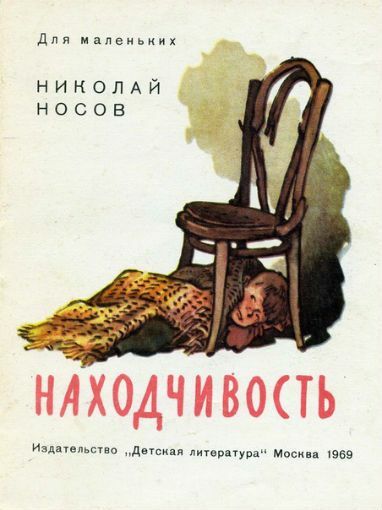 The story of how three children were left alone at home and decided to play hide and seek. Despite the fact that there were not many places to hide, one of them hid in such a way that they could not find him anywhere. During the search, the whole apartment was in a mess, after which an entire hour was needed to clean it. 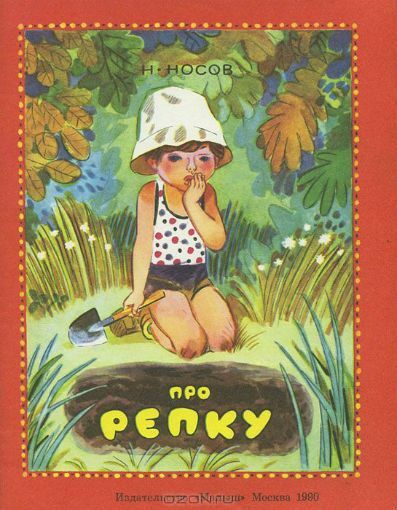 Nosov's story about a little boy Pavlik, who went to the country in the spring and decided to plant something in the garden, although his peers did not believe in his strength. Mom gave me a shovel for the garden, and my grandmother gave a few grains and explained how to plant. And as a result, it turned out that it was a turnip, which, thanks to Pavlik, rose and grew. 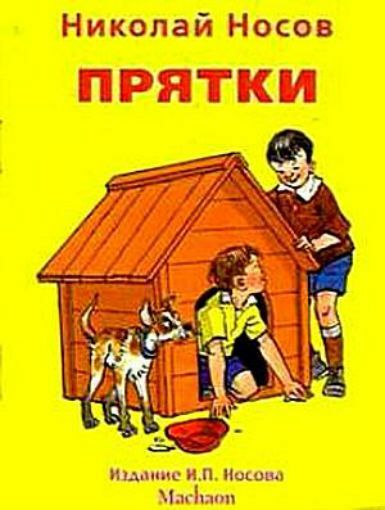 In the story Nosov tells about the boys who loved to play hide and seek, but it always turned out that one - constantly hiding, and the second - always looking. Slavik, who was looking for a friend in the game, was hurt. He decided to close his friend Vitya in the closet. After sitting for a while in the closet, the boy did not understand why he was locked up by a friend. 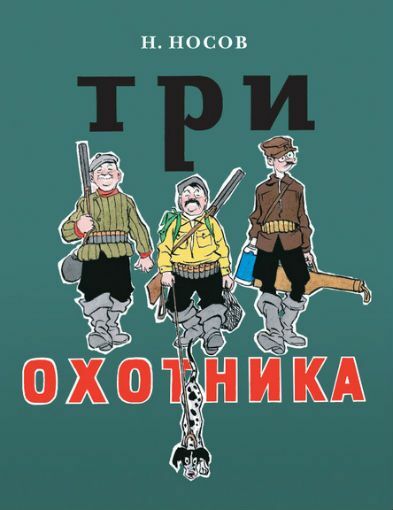 An instructive story about three hunters who went to the forest for their prey, but they did not catch anybody and stopped to rest. They sat down and began telling funny stories to each other. In the end, realized that it is not necessary to kill animals, and you can have fun in the forest. 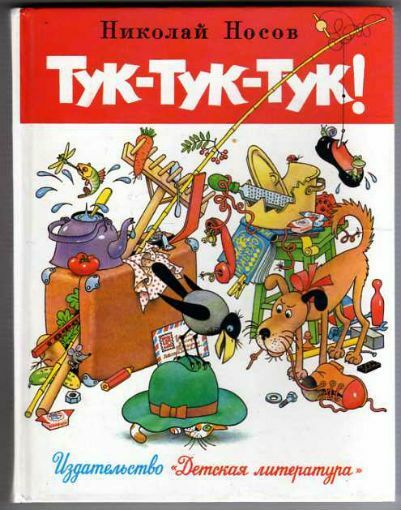 The events of this Nosov story take place in a children's camp, in which three friends came, but one day ahead of the others. In the daytime they were having fun, they even decorated the house, but when night came, and suddenly there was a knock at the door, the boys were frightened. They did not answer their question who it was, and the whole night the guys could not understand who it was. In the morning everything turned out. 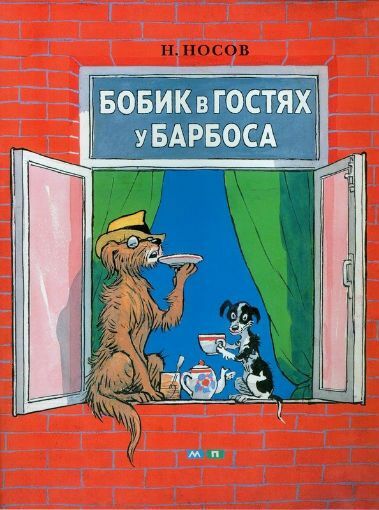 A comic story about the dog Barbosuke, who invited Bobik to visit, while the grandfather and cat Vaska was not at home. The barbos boasted of things that were in the house: a mirror, a comb, then a whip. During the conversation, the friends fell asleep on the bed, and when the grandfather came and found this, he began to expel them, so much so that Barbos was huddled under the bed. 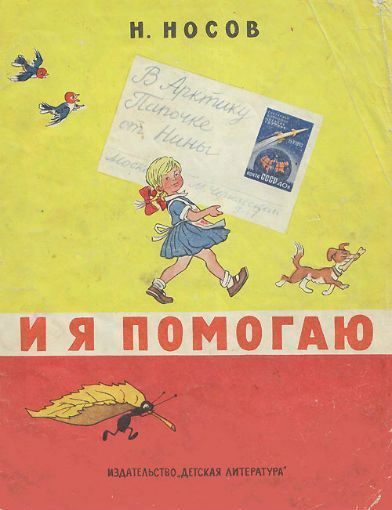 A story about a little five-year-old girl named Ninochka, who spent most of her time with her grandmother, since Mom and Dad worked. And one day she had an idea to help adults in search of iron for the delivery of scrap metal. When she showed the way to two grown-up boys, she forgot the way and got lost. The boys helped to find the way home. 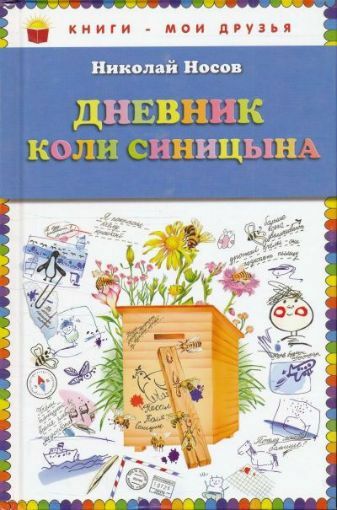 An interesting instructive story about an excellent student named Kolya Sinitsyn, who decided to keep a diary during the summer holidays. Mom Kolya promised to buy him a pen, if he will write everything neatly. The boy tried to write down all his thoughts and events, but was so carried away that his notebook ended. 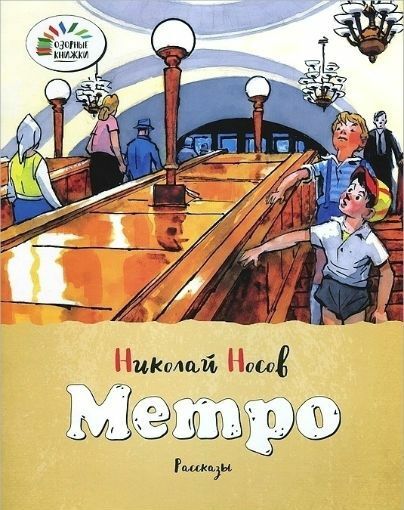 A story about the journey of two little boys who got into the Moscow metro when they were staying with their aunt. After watching the moving stairs, stops and rolling in a train, the boys realized that they had lost their way. And suddenly they met their mother and aunt, who laughed at the situation. And in the end, they lost their way.