Jade stone and its properties 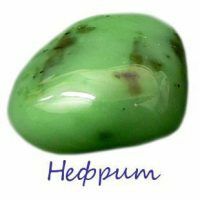 Nephrite - unique in its physical properties, an ornamental stone, which has gained immense popularity among the masters of stone carving and lithotherapists. The sacred stone of China, used in ancient times and for ritual, and for religious, and for magical rites.