How to breathe correctly during labor and delivery 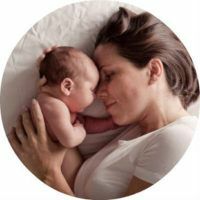 The closer birth, the more often a woman thinks about how they will pass. The choice of a hospital, a doctor, and methods are certainly important components of training. But the main thing is to be ready psychologically. It is known that labor is a very painful process. How not to panic at the onset of severe attacks of pain? There are many ways, but special attention should be given to breathing when preparing for childbirth.

What is important to know

We came to the most important question, how to breathe during childbirth? Correct breathing, depending on the period, solves different problems. Do not use the same breathing technique for bouts and attempts. Consider breathing in childbirth by period.

During fights, the cervical dilatation gradually begins, and the uterus is periodically contracted. Reduction of the uterus and causes pain. With the opening of the cervix, the periods of uterine contraction become more frequent and intense. During the examinations, the doctor monitors the dynamics of cervical dilatation. In the intervals between examinations a woman should pay special attention to reducing painful sensations during labor.

With the onset of the fight, you need to take a comfortable pose, relax your face muscles, close your eyes, gently lower your eyelids, relax your lips. The technique of breathing during fights is as follows: a slow, calm, deep breath through the nose, followed by an even longer, prolonged exhalation through the most relaxed mouth. The duration of inspiration and exhalation is controlled by the pulse.3 blows to the breath - 6 blows to the exhale. As the pain intensifies, you need to keep your breathing as far as possible.

There comes a time when the woman in labor feels changes in the condition. Contractions, all the more powerful and painful, go one after another, every 2-3 minutes. There is a strong pressure in the lower abdomen, similar to the urge to go to the toilet "in large".This signal is the transition to the second stage of labor - attempts.

Despite a strong desire to finish everything as soon as possible, it is important not to force attempts, until the cervix has opened up completely. Otherwise, tissue cracks can not be avoided. And the child will be hurt. To wait for this transition phase, you need to focus on changing breathing techniques and using breath-like canine. To do this, you can even stand on all fours, which will reduce the pressure of the diaphragm on the uterus, and begin to breathe shallowly and often, like a dog. It does not matter, through the nose or through the mouth. The main thing is often.

After full disclosure of the cervix, a period of attempts, or "expulsion of the fetus" begins. Stage of hard physical work, incredible strain of the muscles of the whole body. The child at this time is moving along the birth canal. The task of the woman is to help him, gradually push him towards the exit.


Ideally, the bottom should be as relaxed as possible, and the upper abdomen is extremely grouped. How can this be achieved? With the help of the third technique of breathing - breathing with attempts. The inhaled air presses against the diaphragm, and the diaphragm exerts the right pressure on the abdomen. After the doctor orders to push, you need to take a deep breath through your mouth, hold your breath with a slightly opened mouth, and, with a downward gesture, count to ten, then exhale gently. A smooth exhalation can be accompanied by a lingering vowel.

It is necessary to avoid sudden exhalations, otherwise the baby will tighten slightly back and the period of "expulsion of the fetus" will take longer. Listen carefully to the doctor's team. When the command sounds to breathe, this will mean that the baby's top appeared, and it is undesirable to push it. It is necessary to breathe again dog-like, shallow and often, as in the transitional phase from contractions to attempts.

In practice, 3 basic breathing techniques are used in childbirth.


It is advisable to start breathing exercises before birth as early as possible. Then during labor, your breath will be natural and comfortable. Such advice is given by perinatal psychologist Alexander Kobasa in lectures on breathing during childbirth.

Pediatrician Evgeny Komarovsky, known for many publications, draws attention to the need to clearly follow all the doctor's recommendations. Often a woman just does not hear these recommendations because of strong pain. Proper breathing is the most effective natural anesthesia that contributes to improving the general well-being of a woman.

Videoblogger Maria Bezhko clearly explains what to do during the bouts and attempts. So, she recommends, during attempts, not to press her chin to her chest, so as not to squeeze the vessels of her neck and to avoid rupture of the capillaries.

And remember that the main thing in childbirth is self-control, a positive attitude and proper breathing.