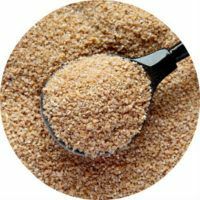 The barley is a result of the processing of the oldest, spread all over the world, cereals - barley. After purification of its grains from various impurities, seeds of weeds, removal of flower films, barley kernels are crushed. The result of this is a barley cereal, endowed with all the useful qualities of this cereal.