People's signs of February about the weather and weddings 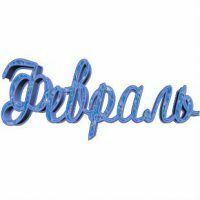 February is the month of the last frosts, snow drifts and thorny snowstorms. Previously, this month was called Snezhn, Liuty, Vyugovei. For the peasants, February was the most difficult month - at that time all winter stocks ended, and until spring, it seemed, was not yet close. According to the folk signs of February, predicted the weather for the next year and wondered what the summer season would be like-arid or rainy.

In frost on trees in the last month of winter, they judge the amount of honey that bees will gather in the summer.

There is no frost, but the wind blows - be a blizzard.

The trees are covered with frost - to frost.

A strong thunder in February - to the swift winds.

After the icy conditions it will always rain.

Lakes and rivers covered with flat ice promise a bad harvest. If ice covers the pond with mounds and boulders, then a rich harvest is expected.

Low clouds are coming - wait for the cold.

Around the sun of the ring - to the snowstorm strong.

In the clouds the sun hides - to the snow.

The fog has been melting since morning - towards the thaw.

Solar crosses and poles - to long and severe frosts.

The dim month of the night is a harbinger of raw weather in February.

Surrounded by a blue moon - to rage, and if it is clear and in a milky haze in February, there will be a drought in the summer.

A month with a red aureole - to strong winds, and with a yellow - will freeze a few more weeks.

The stars darkened - to weather changes: it is expected that a thunderstorm, then a wind, then a pouring rain.

At night the nightingales sang - in the next 3 days it will be windy.

In the morning, roosters sing too early - to a thaw.

Poultry in the snow bathe - soon there will be a blizzard or snowstorm.

Tit from the very morning piercingly peeps - to the frosty frosts.

Swallows under the eaves hid - wait for a hurricane or storm.

Crows in the sky whirl or under the wing hides their noses to severe frosts.

Galde or the friendly chirping of a passerine flock - promises good and warm weather, and when the sparrows cling to each other and quiet down, it means that the cool days are coming and it may be raining.

The woodpecker drum beat always foreshadows the rain in February.

If in February flew rooks and larks - to warming.

Cat to the battery clicks, curls up, or closes the muzzle with the paw during sleep - to cold snaps.

A cat looking out the window, sitting on a window sill, or fidgety running and playing - foreshadows clear and warm weather for the next week. Also, warm and clear days in February herald this purring animal if lazily stretched out in the house on the floor.

February is a very favorable month for weddings. The weather this month is calm and frosty, the wind is not as strong as, for example, at the beginning of winter. According to popular signs, it is considered how hard the frost will be in February, and the family union will be as strong. And if a heavy snowfall began, then a young family expects monetary prosperity.

This month's wedding announces a reliable and happy marriage, happiness and mutual understanding between the newlyweds. However, you must choose the right wedding day. According to legends, one can not marry on February 29 and on the eve of the Lord's Stretching.