Trophoblastic disease is a diagnosis that occurs during pregnancy or after its termination. The main risk factor is late conception in women. Usually - after 35 years. Trophoblastic disease has an ICD code 10 C58 and combines several variants of diagnoses associated with various forms of proliferative trophoblast neoplasia.

What is and classification of trophoblastic disease

Warning! The etiology of trophoblastic disease can be either benign or malignant.

According to the clinical classification, it is customary to distinguish the following types of trophoblastic disease:

Trophoblastic disease with malignant neoplasia may have a metastatic or non-metastatic clinical course.

According to the histological basis, the diagnosis has the following types:

Gestational trophoblastic disease is one that has a combination of all of the above types.

Various types of diagnosis of trophoblastic disease are considered by oncological gynecology as a single process. Among the prerequisites, the influence of various viruses is taken into account, including influenza, the characteristics of the woman's eggs, immunological factors, protein deficiency, chromosomal aberrations and the growth of hyaluronidase.

There are also additional prerequisites that contribute to the development of the disease:

Important! Trophoblastic disease is more common in representatives of the countries of the East.

Signs of trophoblastic disease depend on its histological type:

An important symptom in the diagnosis is the presence of serous-purulent inclusions in the bloody discharge.

If metastases occur in other organs, the characteristic symptoms are:

Additional symptoms of the disease include increased fatigue, decreased appetite, due to which active weight loss occurs, and sleep disturbance. Since trophoblastic disease is directly related to the onset of pregnancy, a change in the emotional state of a woman is possible.

Differential diagnosis of trophoblastic disease consists in the following activities:

As an additional computer diagnostic to establish trophoblastic disease, a gynecologist can perform an ultrasound scan, which will show changes in the uterus. In addition, this method can detect tumors larger than 4 mm. As an additional sign of the disease, the formation of tecalutein-type ovarian cysts is considered.

Warning! By means of histology, it is far from always possible to identify the disease. Sufficiently informative is blood sampling to determine the level of hCG.

X-rays can reveal the presence of metastases to other organs. Additionally, at the initial appointment, the doctor conducts a survey of the patient in order to identify a family analysis of diseases. If the tumors have reached a sufficient size, the gynecologist can feel them by palpation through the cervical canal.

The tactics of treating trophoblastic disease according to clinical guidelines in gynecology directly depends on its histological form and stage. As a rule, therapy includes the following types of exposure:

As an antitumor treatment, it is practiced to receive and infuse special preparations through a dropper. With the gestational type of the disease, treatment continues for several weeks, followed by a mandatory break.

As soon as acute symptoms are relieved, two additional courses are carried out for prevention. 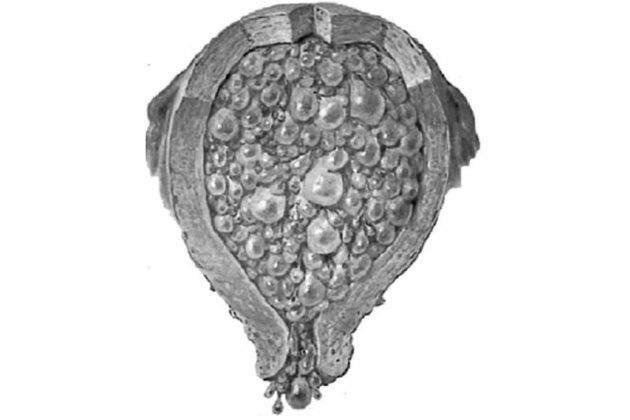 After treatment, follow-up by a gynecologist is required for the next two years.

Surgical intervention is indicated for large tumor sizes, as well as for a large number of symptoms of the disease. The main indications for removal of the tumor along with the uterus are:

The use of radiation therapy is practiced to relieve signs of the disease, as well as in the presence of metastases in other organs. Treatment in this way is strictly dosed.

One of the radical methods of treating trophoblastic disease is the removal of tumors along with the uterus. This, in turn, leads to the impossibility of further functioning of reproductive activity. Accordingly, infertility can be considered as one of the options for the consequences of the disease.

Correct and timely treatment of the disease allows us to hope for a good outcome for almost 100% of patients. Chemotherapy shows fairly good results, provided that it was applied on time, and not at the last stage of the disease, when metastases affected most organs.

Young women often manage to preserve their generative function in the absence of surgical intervention. Further observation and control by a gynecologist will allow in the near future to become pregnant again, endure and give birth to a healthy child.

Warning! In 8% of cases, relapses of the disease are observed.

Trophoblastic disease, characteristic of the gestation period or after its interruption, is a special tumor formation in the uterus. It can be benign or malignant, due to which it is divided into classes and histological types. A favorable prognosis with such a diagnosis is possible only if the patient receives timely assistance - chemotherapy, radiation exposure and surgery, if necessary.