Moonstone and its properties 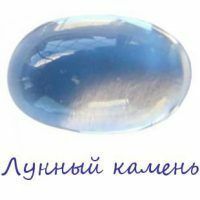 Moonstone is one of the finest and most amazing gems. Thanks to its silver-blue coloring and the extraordinary "moonlight" this stone fascinates and fascinates.


History of the stone

For the first time the moonstone was found in India. He so fascinated the Hindus that to this day is considered a sacred stone in this country. Many legends and beliefs, customs and traditions are associated with it.

So, the moonstone for Hindus has long been a stone of family well-being and love. In India, they believed that he was able to "draw" to his owner love and family happiness. That's why moonstone and products from it were the best gift for single girls, as well as for lovers seeking to keep their tender feelings and create a family.

How the sacred revered the moonstone in Burma and in Ceylon.

With particular trepidation belonged to the moonstone and Chaldeans, who lived in southern Mesopotamia for a thousand years before our era. They believed that the moonstone was able to reveal the hidden reserves of the body and used it during the magical rites that were held on the full moon.

Mentioned about miraculous properties of this mineral and the famous Iranian doctor, scientist and philosopher Avicenna, who lived in Central Asia in 980-1037.

I liked the moonstone and the ancient Romans, who believed that it was formed from moonlight.

In Europe, moonstone was especially popular in the Middle Ages, when it was considered a stone of lovers and was worn as an amulet. Then there was a period of oblivion of the mineral, when it went out of fashion. The interest of the European public to the lunar stone returned in the late nineteenth and early twentieth centuries, in the heyday of modernity. Refined jewelry made of moonstone, made at that time by the famous French jeweler René Lalique, is now presented in expensive private collections and museum exhibitions.

Externally, the lunar stone is a beautiful translucent mineral of bluish-silver color with an unusual ebb. This ebb - a special bluish-white surface flickering, called adularerescence - is the main feature of this unusual stone. The very word "adularity" came from one of the names of the stone - "adular".This name was derived from the name of the Adula mountains located in the Swiss Alps, where beautiful white and blue moonstone specimens were found.

Other names: fisheye, pearl spar, pearl spar, icy spar and aglaurite. And in India it was called dzhandarakandom, which is translated from the Indian language as "moonlight".

In terms of its chemical composition, the moonstone is potassium aluminosilicate. Its chemical formula: KALSi3O8.

Semi-transparent crystals of moonstone have a prismatic or lamellar structure. When a x-ray hits the stone, its weak luminescence is noted.

The Moonstone Moonstone hardness is estimated at 6.0-6.6 units, and the density is 2.6 g / cm3.Such indicators speak of the softness of the mineral and its sensitivity to mechanical influences - shock and compression.

To date, there are known deposits of moonstone in the USA, Brazil, Karelia( Russia) and Madagascar, but its best specimens are still mined in India and Sri Lanka.

Lithotherapists consider moonstone as the main assistant of people with weak nervous system. This mineral, used as an amulet:

Mark folk healers the positive effect of moonstone and the work of the cardiovascular, genitourinary system and gastrointestinal tract.

It is advised that it should be worn as an amulet for women in labor for rapid and easy childbirth and hyperactive children to soothe them.

And the most important curative property of moonstone lithotherapists of many countries call it the ability to reduce the negative impact of the moon on a person.

Magic properties of the Moonstone

The magical properties of the moonstone are so strong that in the antiquity of its impact even magicians and wizards feared, thinking that it could deprive them of magical and magical abilities.

On ordinary people, the magical properties of the moonstone have only a positive impact, and above all it concerns the love sphere. It is believed that moonstone is able to make its owner more enjoyable for members of the opposite sex and to attract in his life love. Not for nothing in many countries it was worn as an ornament by single girls.

Among the magical properties of Moonstone is also its ability to protect its owner from:

Suitable for moonstone as a good amulet to people of creative professions.he is able to awaken in a man a creative impulse and give inspiration.

The best talisman for themselves considered the moonstone as gamblers and sharers, they believed that it is able to attract good luck in gambling.


The special magical power of the moonstone takes on a full moon, positively affecting its master: pacifying anger and aggression, awakening tenderness and dreaminess.

Astrologers recommend wearing moonstone as an amulet for Cancer and Aquarius. It is to these signs of the zodiac that the moonstone is able to help uncover their extraordinary talents and achieve special creative successes.

And here the representatives of fire signs - Aries, Lions and Sagittarius astrologers advise to avoid the influence of moonstone, tk.in their opinion, this stone will bring them emotional experiences and contradictions.

All other signs of the zodiac moonstone is not contraindicated.

Moonstone is used mainly as a jewelry and ornamental stone for the manufacture of jewelry, charms and amulets.

Because of its fragility, moonstone is usually handled by cabochon. This treatment emphasizes its gentle overflow.

Made of it and flat inserts in jewelry - earrings, necklaces, rings.

The most beneficial is the moonstone in the frame of silver, which emphasizes its delicate coloring.

How to distinguish natural moonstone from forgery

Moonstone is forged very often. As an imitation of this stone, fakes made of muddy glass and plastic are often used. However, knowing the features of natural moonstone, you can even distinguish it from a fake visually.

To avoid scratches and damage, lunar stone products should be stored separately and handled with care, protecting against impacts and mechanical influences.

If in the process of wearing jewelry lost its special "moon shine" - it will help to restore the repeated polishing or polishing. 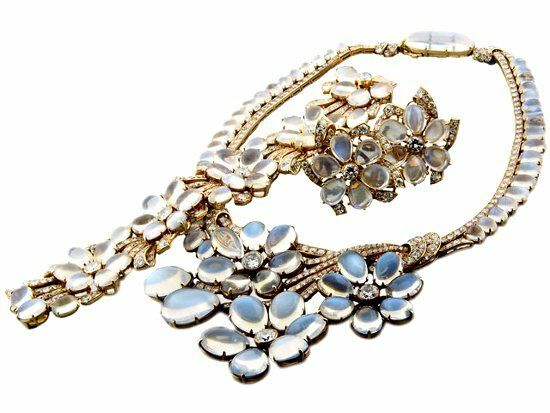 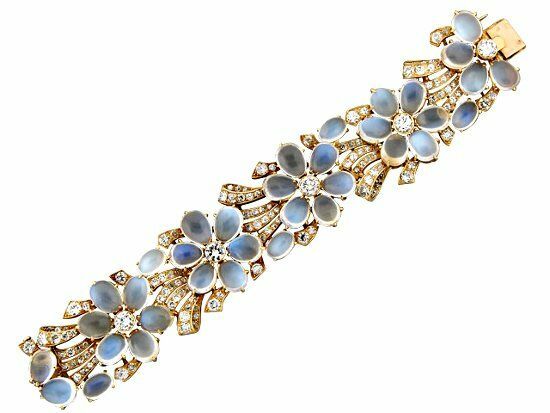 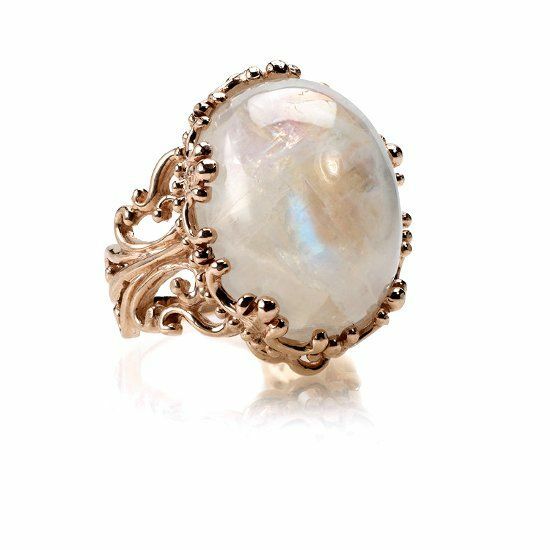 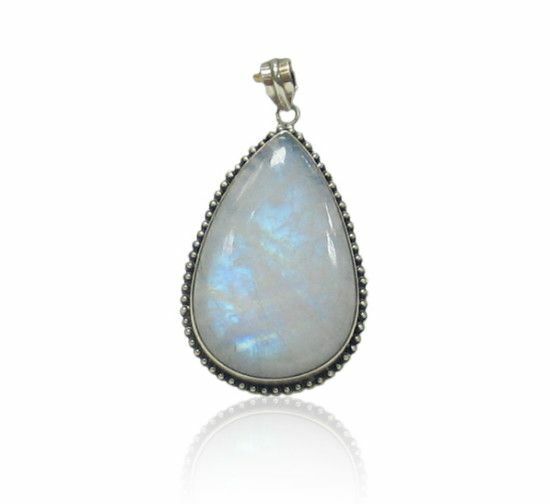 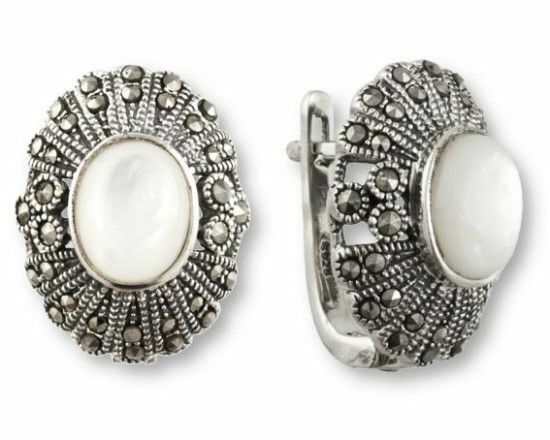