Which pills help to reduce appetite? 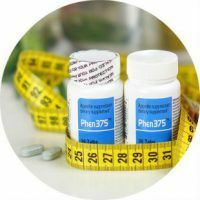 In the struggle for a beautiful figure and ideal proportions in the course go any means, including tablets that reduce appetite, or anorectics. Their effectiveness has long been proven, so these funds are often included in a comprehensive weight loss course. In this case, the complex must necessarily include physical activity, as well as correction of nutrition, otherwise blunting appetite with medicinal forms will not bring the expected result.

For the purposes of weight loss, both medical preparations and biologically active food additives( BAA) are used. The effectiveness of the first group of tablets is much higher, but they can have side effects and have a larger list of contraindications. Additives to reduce appetite are sold in pharmacies without prescriptions, have fewer side effects, but also less effectiveness.

Suppressing appetite plays an important role in the process of losing weight because it positively affects the emotional and psychological state of the losing weight. That is, at the sight of the desired or forbidden food a person does not experience unpleasant feelings and struggles with himself less. Such drugs provide a relatively easy stay on the diet, do not give up, help after it for some time to enter a new rhythm and not return only the dropped weight.

Most often, the standard course of taking pills to reduce appetite lasts a month, after which you need to make a one-month break before continuing the treatment. It is important to understand that anorectics do not work with a particular problem of excess weight, that is, they do not destroy fats, but with its causes - overeating and improper diet.

Sibutramine is the most effective pills to reduce appetite, which when exposed to the blood actively affects certain areas of the brain, blocking the signals of hunger and making them antipodal, in other words, sending satiety signals, thereby deceiving the nervous system. Another effect of the substance is the increase in thermal production.

Generally, preparations containing this substance are prescription and are used to treat obesity with a body mass index of over 30 kg / m2 if all non-drug treatments did not result in more than 5 kg in 3 months. It is allowed to be used with a BMI of 27 if the patient has obesity-related diseases: hypertension, type II diabetes, obstructive sleep apnea, dyslipoproteinemia, etc.

More commonly available are dietary supplements that contain substances such as:

General contraindications for almost all anorectics:

Taking drugs that block appetite due to sibutramine should be done on the recommendation and under the supervision of a doctor, taking into account all the features of the body's condition, strictly according to the instructions. This is due to the fact that pills have an effect on the human nervous system, and therefore it is not possible to fully predict the result of their work, especially in the long run.

Among the special contraindications for the use of sibutramine and the like substances are:

Read also http://woman-l.ru/pobochnye-effekty-zhiroszhigatelej/ about thermogenics, which help burn fat stores in the body
to the table of contents ^

Any drug for weight loss has certain side effects, and in dosage forms as opposed to dietary supplements, they are stated much more. For this reason, strong drugs are appropriate for the treatment of severe forms of obesity and are less commonly used in the normal diet to eliminate excess 2-5 kg.

Among the noted side effects when taking drugs with the content of sibutramine are called:

These consequences can develop with improper and uncontrolled use of suppressant supplements, if a person is very afraid of returning the lost weight, which turns into a psychological problem.

Among other consequences, when taking dietary supplements are called:

It is also important to understand that dietary supplements are not a medicine, but not because their effectiveness is inadequate. It is rather in the commercial interests of manufacturers to create, clinically test and bring to market a much simpler product that falls less under the rules of pharmaceutical control. That is, it is quite possible that the advertised novelty against appetite simply did not pass the necessary long-term comprehensive research, and therefore does not have in the instructions a complete list of contraindications and proven side effects.

Lida is tried on herself. The heart knocks like a madman, as if the cross is constantly running, throws it into the heat, the general state of health is unimportant. Although the effect was, I will not hide, after the first course I lost six kilos, but they returned, and even picked up a couple from above. A couple of friends even called an ambulance, my heart could not stand the loads. So it's better to keep yourself in hand, so you do not have to resort to tablets!