Tourmaline stone and its properties 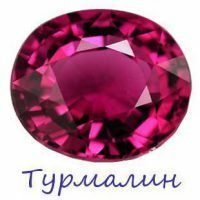 Tourmaline is one of the most beautiful stones among gems. In ancient times this mineral was attributed to magical properties, and modern scientists refer it to the number of healers.

Unusual properties of tourmaline, in particular, its attractivenesss dust and ashes, have been seen in ancient times. No wonder it was called a magnet stone and was considered magical. He was called the symbol of faith, wisdom and spiritual quest.

Valued tourmaline for its extraordinary beauty, and for a variety of color shades. For example, the Egyptians called tourmaline "the precious stone of the rainbow", believing in the legend that he came to Earth from the very Sun, and on the way absorbed all the beautiful colors of the rainbow.

In the ΧΙΙ century, gold-trimmed exquisite jewelry from this mineral was also made in Byzantium.

In the 5th century the tourmaline was recognized and loved in Russia, having acquired the skills of Byzantine masters.

And here in Europe this beautiful gem fell only in 1703, thanks to the Dutch sailors who brought it from Ceylon. Since then, he took a worthy place among the precious stones and even served as an ornament of jewelry belonging to the crowned people.

Today different species of tourmalines are mined in many countries. The largest and most famous deposits of this gem are in Brazil and Mozambique, Burma and Angola, Sri Lanka and Madagascar, Australia, India, South Africa, Canada, the USA and Russia.

Tourmaline is not just one stone, but a whole subgroup of minerals similar in composition and structure and belonging to a group of boron-containing aluminosilicates.

"Electrical Mineral" - that's what tourmaline Pierre Curie and Marie Sklodowska-Curie called, finding in it the presence of a constant electric charge, whose radiation at its power( 0.06 mA) corresponds to the radiation of cells of the human body.

The name "tourmaline" comes from the Sinhalese "tourmal", which in translation means "a magical multi-colored stone".

And indeed, these gems surprise with a variety of their colors.

Tourmalines are many-sided, like no other gem. There are about fifty of their shades. They are both pink, and dark blue, and turquoise, and black.

Each of these species of tourmaline has its name:

An interesting species of tourmaline is the chameleonite. It changes color according to the lighting. So, with artificial lighting, it is brownish-red, with daylight - olive-green.

There are also polychrome species of tourmaline, combining several colors. They are most appreciated, as, however, and transparent tourmaline crimson, red, green and blue.

The color of this amazing gem directly depends on its chemical composition.

stone As part of tourmaline - more than 25 trace elements from Mendeleyev's table, including:

The main feature of this boron-containing aluminosilicate is its variable chemical composition.

The peculiarity of the crystals of tourmaline is their asymmetric faceting from different ends( hemimorphism), due to which their special pyro- and piezoelectric properties are manifested.

It is thanks to these properties that today tourmaline is actively used for healing.

The piezoelectric properties of these minerals manifest themselves in their ability to heat( solar or heat of the human body), form negative electric charges. These electrical charges, connecting with oxygen atoms, form negative aeroions - unique particles that activate the energy capabilities of the body.


Scientists have proven that air ions have a positive effect on:

Aeroions have an effect on all the basic physico-chemical processes that occur in the body.

Under their action in the human body, the following changes occur:

During heating, tourmalines emit thermal long-wave infrared rays with a range of 6-14 microns, corresponding to weak currents flowing in the human body. The Japanese call them "the rays of life."These rays help restore the energy balance of a person.

Due to the high bioenergetic activity in alternative medicine, tourmaline is actively used in:

It is believed that tourmaline can neutralize negative emotions, promote muscle relaxation, relieve stress and tension.

Attributed to this stone and magical properties.

According to popular beliefs, tourmaline is a spiritual stone capable of awakening creative forces and hidden talents in a person. Most of all, this statement applies to green tourmalines. But the black stones of this group of minerals have been attributed from time to time properties to attract dark forces. No wonder they were used for witchcraft.

Made from tourmaline and talismans.

It is believed that the talisman of tourmaline is capable of:

Astrologers say that tourmaline is the most suitable:

It is to these signs of the zodiac that the stone helps to develop their latent abilities, they protect them from dependence( narcotic and alcoholic).

Due to its special properties, tourmaline minerals are used in many areas:

Depending on the characteristics of the color and the degree of transparency, tourmaline is divided into precious and ornamental stones.

The criterion for evaluating their quality is the brightness and color saturation of the crystal, as well as the presence of defects in it.

The average price of tourmalines in the world market ranges from 20 to 50 dollars per carat, although among them there are also very valuable specimens, the most expensive among the gems. So, a tourmaline good quality paribe can cost up to 6 thousand dollars per carat.

The best representative of this group of minerals is the "Merry Green Giant" - an impressive size tourmaline, which can be seen at the New York State Museum of Natural History.

Tourmalines are often confused with other precious stones. Thus, recognized as the world's largest ruby, which was inlaid with the crown of the famous dynasty of Czech kings, turned out to be a tourmaline of red color. As, however, and the famous "Grapes bunch", presented to Catherine II by the Swedish king.

How to distinguish natural tourmaline from forgery

Tourmalines falsify quite often, offering instead of natural stones imitations from the most common glass and synthetic analogues of gems.

You can make sure of the naturalness of the mineral in several ways: 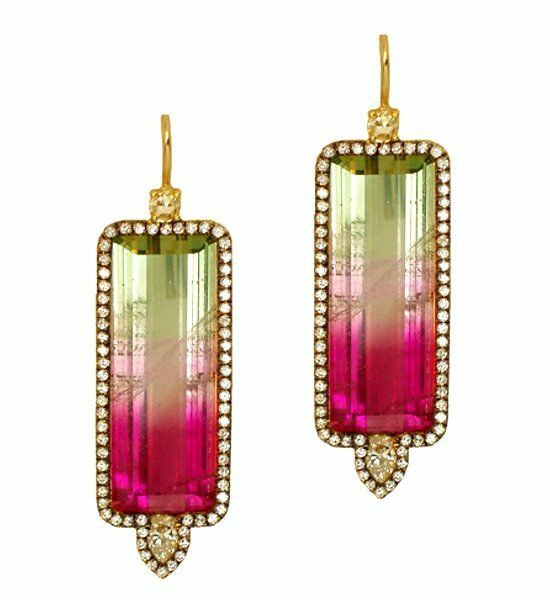 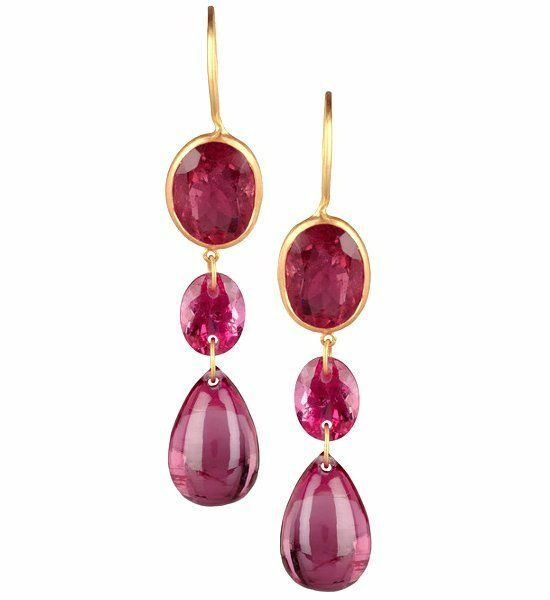 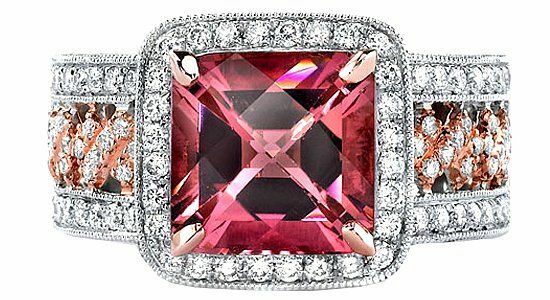 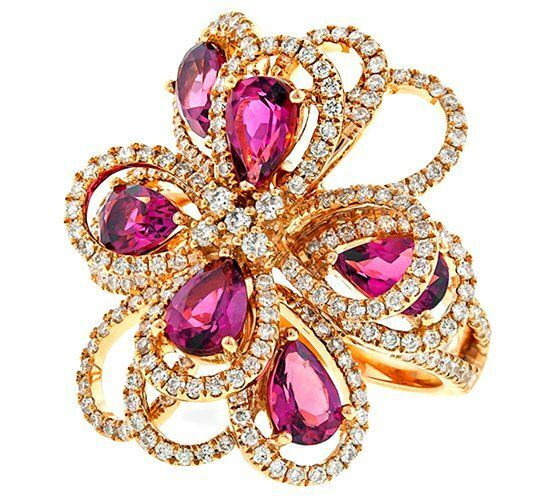