The theory of broken windows

I think every person noticed for himself: if in the street pure purity reigns, then you will search for an urn, because your hand will not rise to throw a candy wrapper in the street.

But, if you stop the car on a crocheted roadside, then the temptation is not to carry garbage with you, but to throw it here( well, and that, after all, nothing will worsen the already deplorable state of the roadside).

Approximately this is the meaning of the theory of broken windows , which we'll talk about today.

What preceded the emergence of the theory of broken windows?


I once happened to accidentally stumble upon an article about crime in New York.

As I like this city with its ebullient energy and many other positive traits, I decided to read the article and almost regretted it when I reached horrific figures.

It turns out that in the 1980s the criminogenic situation in the Big Apple was simply appalling: more than 1,500 crimes of different severity were committed daily, about 10 people were forgiven a day with life.

The police could do nothing with all this lawlessness.

But the worst place was not the night streets, but the subway, and at any time of the day. Awfully dirty cars, graffiti on the walls, the sea of ​​the homeless, thieves and perverts - all this made daily tremble from the fear of those who had to use the New York subway.

And then a little miracle happened.

The post of the head of the subway was taken by David Gann himself.

He had to solve a lot of problems, but he surprised everyone by starting to fight. .. graffiti on the walls of the cars.

New Yorkers were indignant: "Here is a populist, I found what to fight, with pictures!".

But Gunn, probably familiar with the theory of broken windows, stood his ground: great chaos begins with small riots, so he and his subordinates cleaned the cars of graffiti with maniacal thoroughness.

And it worked: in the early 1990s, the New York metro became almost safe and almost attractive territory.

What is the essence of the theory of broken windows?


The theory of broken windows was first developed by forensic sociologists J. Wilson and J. Kelling in the early 1980s.

They argued that minor offenses can not be ignored, because they are an indicator of the deterioration of the crime situation.

If in time to prevent such minor offenses as improper parking, smoking in unauthorized places, travel without a ticket in public transport and others, you can reduce to a minimum the number of serious crimes.

The name for the theory of American forensic scientists was chosen not by chance, because as an example they cited the most common offense in the 1980s in the US: the smashing of windows.

The theory of broken windows is based on the fact that if you do not replace a broken window, for example, in your summer cottage, then prepare for the fact that very soon you will be able to see the holes instead of windows, and a littleLater, your country house will be attacked by vandals or arsonists.

How did Giuliani build his career in applying the theory of broken windows?


After Gann put into practice the theory of broken windows, the measures of the largest city in the US( New York) Giuliani, which was crowned in 1994, were taken.

Let's just say, the city did not get to him in the best condition: he continued to choke in crime, mud and chaos.

Calling on the police chief Bratton( who had previously been the head of the transport police and helping Gann manage order in the subway), Giuliani began to fight against such petty crimes that his predecessors did not pay attention to: fights, graffiti on the walls, improper parking,ejection of rubbish and smoking in the wrong place.

Naturally, they took up arms against him just as he did on Gunn, but Giuliani was unshakable.

And it turned out to be quite right, using the theory of broken windows in city management: by the end of the 1990s New York became the most secure metropolis in the US, the number of crimes committed in it decreased 2.5 times.

How did the Dutch scientists prove the reality of the theory of broken windows?


Not to say that everyone was delighted with the emergence of the theory of broken windows and instantly became its adherents.

There were enough skeptics who argued: "Yes, well, garbage is all this your theory of broken windows. You have to deal with serious crimes. To punish rapists, murderers and robbers of banks, then small hooligans will squeeze their tails and not get busted. "

And even though the director of the subway Gann and New York's measure Giuliani managed to stop the big chaos and improve the situation in their subordinate farms due to the use of the theory of broken windows, skeptics and grumblers did not give up.

And then scientists from the University of Groningen, who is in the Netherlands, came to work.

A group of sociologists were not too lazy to conduct as many as 6 experiments that proved the effectiveness of the theory of broken windows and plugged their mouths to foes of unbelievers.

In each, two tests were carried out:

I would like to tell you about the two most interesting, in my opinion, experiments:

The theory of broken windows: what to do with annoying advertising 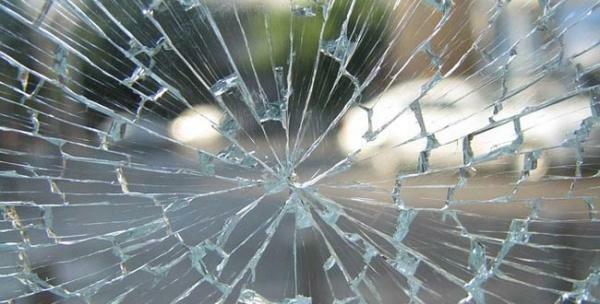 This experiment was conducted near the popular in Groningen store on the bike park.

While people were making purchases, they were put on bicycles for advertising the goods of a sports market.

The urn was hidden, so the owners of the bikes had three variations of action:

Only the last option was not a violation of law and order.

Two tests were carried out:

Downshifting: why run from civilization?

The theory of broken windows: Is it easy to provoke a person into petty theft?

In a box with a mail that was on the street, scientists of the same Netherlands University put a transparent envelope in which there was a bill of several euros.

Sociologists hid in the nearest bushes and counted all the people that they decided to steal this bill.

Again, for the walking people, two tests were carried out:

See also a small video of

about the theory of broken windows.

As you can see, theory of broken windows found its confirmation in theory and in practice.

If we want to live better, we must take care not to commit minor offenses: do not throw garbage past the urns, do not break down benches, paint the walls, do not destroy the greenery, do not poison everyone around with tobacco smoke, etc.

When all the windows in our common house are intact, then much more serious crimes will be committed.