Types of bronchitis, its causes, symptoms, diagnosis and treatment 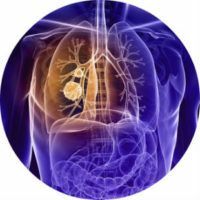 Bronchitis is an inflammatory disease of the bronchi with numerous symptoms and prolonged treatment in adults and children. The common opinion that bronchitis occurs as a result of a cold is not entirely true. On the epithelium of the bronchi enters a viral or bacterial pathogen, which begins to multiply rapidly, causing inflammation. Epithelium increases the production of bronchial secretions, the task of which is to remove bacteria and inhaled particles from the respiratory tract. It is the increase in the amount of secretion and the change in its viscosity that lead to blockage of the bronchi.

Types of bronchitis and their symptoms

The disease affects the lower respiratory tract. By the level of damage this type of bronchitis is divided into:

The nature of inflammation of acute bronchitis is divided into: