Fungus in the ear is a pathological process in which a fungal lesion is applied to the ear canal. This disease is called otomycosis. It is the heaviest form of mycosis. And this is due to the fact that fungi inflict damage not only to the outer, but also to the inner part of the ear. Diagnosis of the disease can be both in children and adults. There are many reasons for its development. Therefore, when drawing up a therapy scheme, it is important to understand what led to the development of the pathological process. 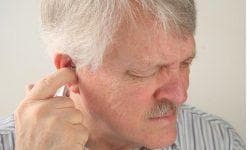 The human ear fungus can be of several types. It is from the type of the affected microorganism that the symptoms and the color of the discharge will differ.

There are such types of fungi:

The clinical picture of the pathological process under consideration proceeds in several stages. Each stage has its own symptoms and requires adequate treatment. Otomycosis can occur in the following stages: