Each anniversary of the wedding is a kind of confirmation of the feelings of the spouses to each other. Every year they are getting closer, and the number of contradictions arising between them is decreasing. If spouses celebrate 14 years of marriage, then gifts from relatives and friends should be appropriate: valuable and romantic.

Anniversary name and its origins

The fourteenth anniversary of joint life is usually called an agate wedding. Where did this strange, poetic name come from? The thing is that in ancient times agate was considered a mysterious and very valuable stone. Comparing with him the marriage of a husband and wife, in ancient times they emphasized the deep connection of the spouses, their emotional integrity and the strength of the relationship.

Some varieties of agate are considered extremely rare, and the stone itself is of considerable value. Of course, this mineral is also the most common gift for the anniversary.

14 years of marriage were used to celebrate with family and close friends, not holding global celebrations. However, this does not mean that the spouses can not share their joy with the whole world. Modern couples often hold grandiose celebrations for the 14th anniversary of the wedding, treating it as a rehearsal for a more global 15-year anniversary. 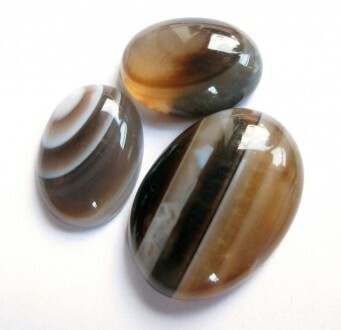 Products made of agate can become not only a pleasant gift for such an anniversary, but also a real amulet. The fact is that for many centuries this mineral was considered a symbol of strength and strength, and that is why many amulet were made of it, attributing almost magical properties to beautiful iridescent stones. Now many people do not believe in these superstitions, but this does not mean that the agate jubilee should be ignored.

Traditions of the agate wedding

For the long history of the celebration, the 14th anniversary of the wedding has acquired numerous traditions, and here are just some of them: 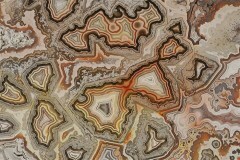 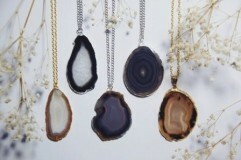 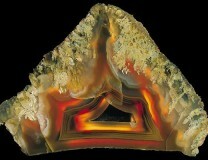 Agate stones do have a very bizarre pattern, unique in every case. It is considered a good sign if the husband and wife saw something identical in the intricacies of the figure on the surface of the agate stone.

On the anniversary of the wedding, a man should give his wife beads or a bracelet made of agate. To fasten such an ornament is necessary independently, as it symbolizes the loyalty and devotion of lovers to each other. Also, a spouse can bestow a beloved with an amulet made of agate stone, which will protect her from evil.

During the celebration of this celebration, the spouses can recall the traditions that they have developed over the long years of relations. For sure during this time, beloved had time to perfectly know each other, having developed cute and original habits that can become an individual tradition of this pair.

It is believed that compliance with all the above traditions will help to bring prosperity and peace to the house.

What to present for the 14th anniversary of the wedding?

Perhaps the main question that arises with the guests, and even with the spouses themselves, is about what is given on such an important day and how not to be mistaken with the selection of the presentation. What to give to an agate wedding, so that the present seemed original, and at the same time it did not break out beyond the traditions of the celebration itself? 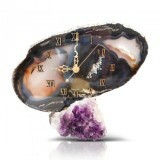 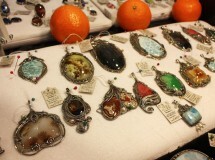 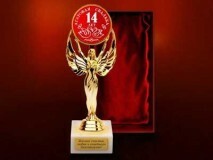 Because of the general agiotage around the agate and its significance for this celebration people forget that the wedding anniversary( 14 years) has another symbol: ivory. It is believed that the ivory personifies the purity and strength of the relations that have developed in the pair.

Of course, ivory is a rather expensive material, and not every guest can afford souvenirs from it, but the elephant images decorating the present will be just the way. A particularly zealous guest can find an original elephant figure made of agate. Such a gift surely will bring spouses luck.

The original and always individual pattern of this stone often pushes the guests and the initiators of the celebration to the idea of ​​an ideal presentation. For example, you can find a cozy blanket that simulates a similar multilayer effect or original curtains, again with such a pattern. 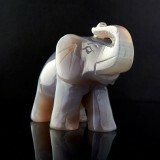 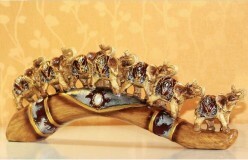 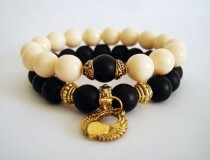 Here you can fully express your imagination by presenting not only a beautiful gift, but also telling about its specific connection with the event.

A gift is not necessarily an expensive one, but it should be chosen carefully, so that the spouses feel the attention and care of their loved ones.

How to celebrate an agate wedding?

The fourteenth anniversary of the wedding - the date is quite serious, and therefore the spouses prefer not to ignore it. That's just the questions of the right organization for many seem too complicated. How to arrange an ideal holiday on such an important occasion?

Many family psychologists believe that the 14-year-old barrier to living together is often associated with a variety of crises and problems in the family. Often, spouses get tired of the ordinary life together, and they inexorably approach the crisis of middle age, which dictates certain changes in the characters of both husband and wife.

This is why a joint trip will not only be the way to celebrate the occasion in an original way, but also the opportunity to feel the unity of one's own destinies for the first time. Where do you go to your husband and wife in such an important period for them? Perhaps the best option for travel is India.

Not only is the second talisman of the 14th anniversary an ivory( an elephant is one of the symbols of India), so it is in this country that one of the main sources of agate mining in the world is located. Also, agate is mined in Russia( in the Crimea), in Georgia and in Brazil, and therefore, having gone to these countries on a romantic journey, the culprits of the celebration will be able to make their holiday extremely symbolic.

Some couples go on a romantic trip, not only to relax, but also to repeat their vows of loyalty. It is believed that it is the 14th anniversary of the wedding is one of the most important in life couples, and, repeating the tender words about love now, lovers will only strengthen their own union.

If the spouses want to spend such an important day with their families, it's best to get together at home. It is here, where everything is imbued with feelings of husband and wife to each other, that the holiday will have its own, inimitable and extremely romantic atmosphere. At home, right in front of friends, you can also repeat romantic oaths to each other. Such recognition will emphasize the sincerity and significance of the celebration.

How to congratulate a husband and wife?

After choosing a gift, the guests have another logical question: how to congratulate a couple on such a serious date? Here are just a few of the most interesting congratulations:

Of course, the best greeting is that engraved on the very gift. Firstly, it looks extremely unusual and bright, and secondly, the couple will not exactly forget the words spoken by the guest, because they will be indicated on a souvenir from agate.

Similar services of engraving on precious stones are provided by many jewelry stores and specialized shops. Perhaps congratulation will be taken from the Internet, but it will make an indelible impression on the perpetrators of the celebration.

A great way to congratulate spouses is to remember the main twists and turns of their relationship and identify them. In the congratulation you should remember about the first meeting of lovers, about their dates, wedding, the appearance of children. Perhaps such a toast will last for a long time, but it will be simply incredibly touching! 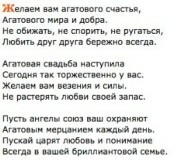 Congratulation on agate wedding in verse 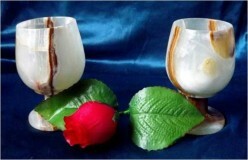 Even if a guest decides to give a simple card, it's worth to decorate with a soul, painting presents with images of the sign of infinity, with the number "14" and schematic portraits of the initiators of the celebration. Such a gift will be especially touching if the children of the couple present it, stressing the importance of this day and for them.

Agate wedding is an important holiday for spouses, which is best celebrated together. Romantic dinner or a joint trip will be the best option for the festive event. If the guests were invited to the celebration, then they should carefully think over the gift, including things with agate or ivory!