Meeting for the Victory Day on May 9

The terrible war, scorching millions of people with its fire, left a sad memory. No one should forget the feat of his people, victory in the Great Patriotic War. Memory must live in the ages, and on this great day, when the joy of victory is mixed with bitterness from loss, many solemn events are held. Every major city and small village honors the memory of the dead and rejoices in the greatness of our people, who managed to stand and win. The meeting on May 9, 2017, held in schools and institutes, cities and villages - is a vivid confirmation of this. 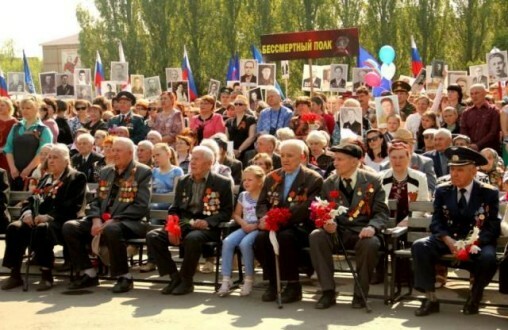 Events on the Victory Day, schedule

Scenario of the rally held at the obelisk of the fallen heroes, in the countryside: 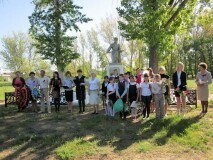 "Time is a strange thing, passed 72 years since that great victory. For world history there was a tiny moment, and for people - a whole life. The sounds of explosions ceased, the shooting had long ceased, and bloody battles had ended. Time flows like a river, pass the years, pulling, like a veil, the past. But memory remains, the world should not forget about the terrible tragedy that affected millions, crippled life, separated loved ones. To prevent a terrible war tomorrow, we must remember it today. " 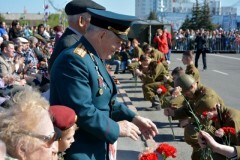 Earthly bow to veterans of

Hot hearts do not cool down,

There is a generation of older ones,

Whose feat to centuries can not be forgotten.

Your business with a scarlet purple

Come into our lives forever.

Earthly bow to you, veterans,

Heroes of struggle and work! »

"In the history of our country there have been such events, which many years will be remembered by grateful descendants, before you, dear veterans, our heads bow, and souls are filled with pride for your valor. The Victory Day is not only a day of joy, but also a day of sorrow, we remember the millions of fallen people who gave their lives to bring this happy day closer. A rally dedicated to the 72nd anniversary of the Victory Day is declared open! "

"The cannonades are suffocated, in the world there is silence.

On a large land, once the war ended.

Just do not forget it, just not to forget!

This is a memory - believe, people - all the earth is needed.

If we forget the war, it will come again! "

"Some of their friends are in the graves of fraternal,

They do not forget their names.

In the name of the widows and mothers of soldiers

The frontline soldiers put on orders!

You should have crushed the war!

And there was no prowess higher,

After all, in addition to the desire to survive

, there is still the courage to live! »

"This glorious day is not only a day of universal celebration, joy and rejoicing, but also a day of sorrow, sadness. Many of our fellow countrymen folded their heads to bring about the great victory of our people. We remember them, we did not forget. "

"Glory to you, fallen! Your feat will not be forgotten! "

"Love for the Motherland is a feeling that is absorbed with the mother's milk, it is always in the hearts of true patriots. Under the glorious banners of the victorious Russian army, our young countrymen will also stand up, they will continue the great traditions of their grandfathers and great-grandfathers, they will not embarrass the memory of their ancestors. " 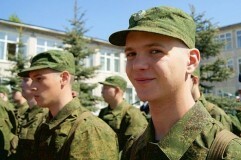 "The service time is right for the guys,

I need a life lesson to get.

Mom, do not pour tears, you know, you have to

"Our country is trying to revive the spirituality and Russian culture, the traditions of the army, when the servants of the Orthodox Church were on the same level with the soldiers on the battlefield, supported the morale and faith in the victory over the enemy."

"On the ninth day of the jubilant of May,

When the silence fell on the ground,

The news rushed from edge to edge:

" The world overcame the war is over! "

Today the holiday enters every house,

And joy to peoplewith him comes next.

We congratulate you on the Great Day! 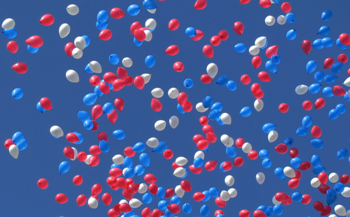 Scenario of the rally held for the students of the school

Sounds solemn military marches, the children leave the school doors and line up in a semicircle near the improvised stage.

The veteran of the Great Patriotic War solemnly takes to the stage.

The words of the presenter:

"I am a Russian person. And the Russian nature

I'm a Russian person, the son of my people,

I'm proud to look at my homeland!

In the time of trouble she always happened.

To my enemy, my Russia stood

One squad, a menacing wall.

A rally dedicated to the 72nd anniversary of the Great Victory Day is being announced! » 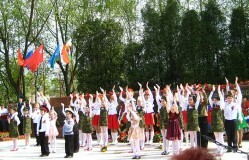 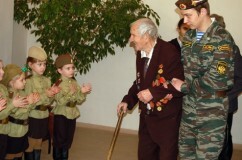 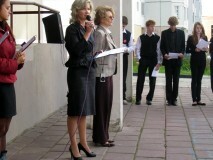 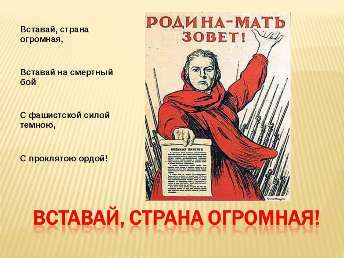 "The ominous glow of the enveloped,

"Thanks to our grandfathers for bringing victory to our country. A low bow to everyone who brought it closer: soldiers, participants in the labor front, wives and mothers who were waiting at the front of their loved ones. " 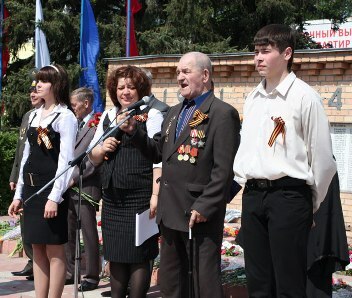 The floor is given to the veteran

"Thank you, that we did not have the opportunity

Present and learn such flours.

Thank you for the sunshine bright light,

For the joy of life in every moment of ours,

For the trills of the nightingale and for the dawn,

And for the fields of blooming chamomiles! »

Lead does not clink hail,

But bitter wounds of birch

All the memory of the past is stored.

Let's keep silent on the memory of friends,

Those we will not see again,

With us to the world the future has come out.

A bright memory to all those who died in this war, we will never forget them. "

A minute of silence is announced, the children take out pre-prepared candles and light them. The words of the presenter:

"The light of memory, 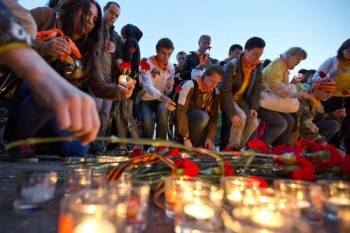 The light of affliction and love. ..

And after forty years,

And through the centuries

With this light the world is warmed.

Congratulations to our grandfathers,

Victory Day for many years!

The rally, dedicated to the 72nd anniversary of the Great Victory Day of our people in the Great Patriotic War, is declared closed. "

The Great Victory Day holiday is the most significant in our country. It's a pity that fewer survive those who survived this war, brought us victory, allowed us to live peacefully all these years. But the more meaningful is the holding of rallies of memory on such a day. This is a tribute of respect and eternal gratitude to the great Soviet soldiers and those who forged a victory in the rear. Video on the topic: 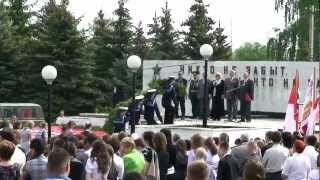 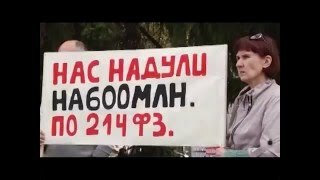 9:51
Parade and Victory Day 9 MAY 2016 Rally without celebration Kaliningrad not Red Square VIDEO