Benefits and harms of mussels

The world ocean stores millions of secrets. The uniqueness of the flora and fauna of the sea depths is an endless source of knowledge for man. One of the mysterious, useful and unique inhabitants of the underwater kingdom - mussels.

A bit of history

To name the exact period when a person first enjoyed delicate sea delicacy - surely no one will say. But the demand for delicious meat of mussels increased the appetite of gourmets and connoisseurs of sea delicacies and, as a result, the "mussel farms" got a qualitative development. And here, "grow" mussels, for the first time Ireland is trying in the 19th century. Today, this fishery has gained worldwide popularity and mussels are bred in artificial conditions in France, Belgium, northern Russia, the Black Sea and Far Eastern shores. 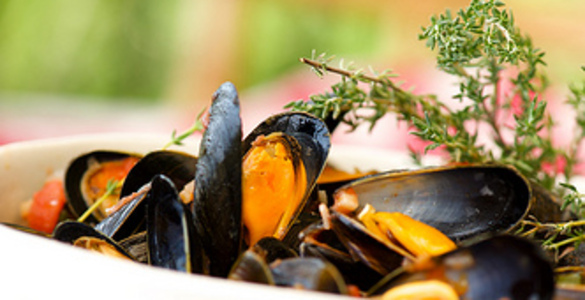 Bivalve mollusk. The shape is oval-wedge-shaped, the length is usually twenty centimeters, smooth to the touch. Exterior color from yellow-green to violet, from the inside the shell is pearly. Features of living - the sea and river open spaces. Form huge settlements on rocks, breakwaters, and also on the bottom in algae. By right they are called "sanitarians of the sea", and do not harm themselves. The viability of the mussels is quite persistent, for spawning, one female throws out up to twenty million eggs, where larvae appear literally in a day. Life expectancy varies from subspecies - Pacific mussels live about 30 years, in northern latitudes - 12, on the Black Sea coasts - 6.

Meat of sea mussels is used for food, river water is used only for pearls. The smell of mussels is strong, marine. You can buy shells only with closed doors, which must open when boiling. In the finished form, the structure of the meat is rather dense. 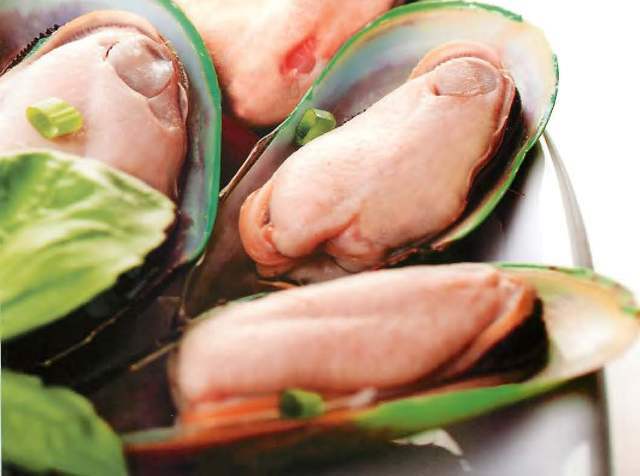 Mussels are a high-quality protein, saturated with phosphatides and arachidonic acid. The composition of fat includes 20 polyunsaturated fatty amino acids. In addition, it includes the following components: selenium, iodine, zinc, iron, phosphorus, potassium, manganese, cobalt. According to the level of cobalt, mussels exceed ten times the chicken, pork and even beef liver. The richness of the meat of this mollusc is invaluable by the impressive composition of vitamins: group B( B1, B2, B6, B12), and also A, D, C, E, PP.

The use of mussels

What are the useful mussels? In the course of testing, scientists have proved their undoubted benefits, namely: 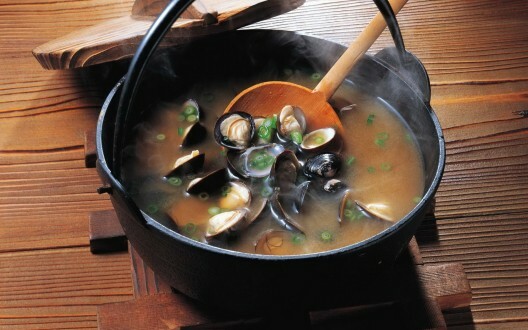 The advice of nutritionists who want to keep youth and figure for a long time - more often include in the diet this marine product. It should be noted that mussels can replace meat and fish, if there is a significant need or intolerance of any protein products.

On the liver have a positive effect of phosphatides, reducing thrombosis. Preventing the development of cardiovascular diseases: heart attack, stroke, ischemia, atherosclerosis. The properties of polyunsaturated substances are essential prophylaxis, improving the processes of brain activity and preventing the development of many pathologies, in particular, Alzheimer's syndrome.

By right, mussels are considered a powerful antioxidant, thanks to a large amount of vitamin E, which can strengthen human immunity. The utility coefficient stimulates the processes of hematopoiesis and increases the overall tone of the organism.

A complex of useful elements that enters into all organs of the mollusc - normalizes the energy responses of the body. The most important of these is vitamin B12.Its absence or significant shortage leads to irreversible nervous disorders, which is often threatened by supporters of vegetarian cuisine who refuse to eat animal products. Drinking within the norm, meat of mussels, allows to normalize the shortage of a valuable element and to fill a significant gap in the structure of the immunity base.

To normalize metabolism and strengthen bones, the manganese, included in the delicacy, will help. The daily dose needed for a person can be obtained from just one serving of a dish of mussels.

Mussel lovers can avoid such a serious disease as iron deficiency anemia, due to a sufficient amount of iron in molluscs.

To improve the structure of hair and avoid dandruff, the selenium contained in mussels will help, certain carcinogens are neutralized under its influence, thereby protecting the body from the formation of malignant tumors.

Specialists argue that the utility of mussels for men is quite significant. Mussels are a real natural aphrodisiac. 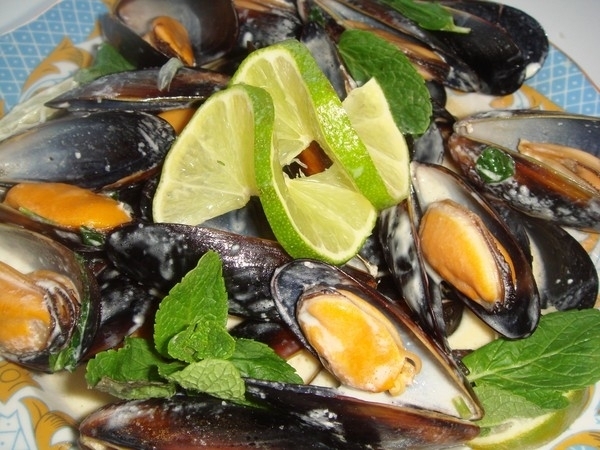 Of all the above utilities, mussels also have cons.

Mussels are not strongly recommended for abnormal function of blood clotting. 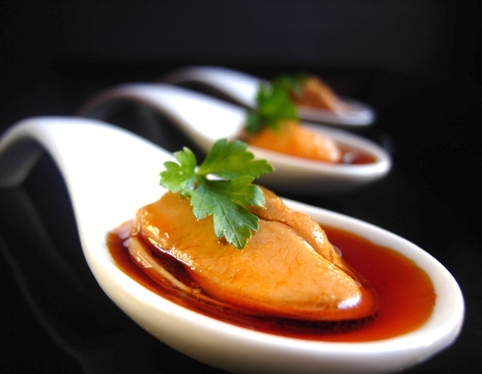 The world's only "mussel exchange" is located on the territory of Belgium, in a small village of Ersek, in the summer of each year when Mosseldag is celebrated - the Day of the Mussels. Overcrowded restaurants do not accommodate the flow of connoisseurs of mussels and those who want to enjoy seafood delicacy are forced to settle directly on the pier, under the awnings at the long tables.

To avoid the development of poaching, it is not recommended to purchase mussels from the hands, it is better to buy them in packages grown on special farms. Thus supporting the natural balance of the ecosystem of the world's oceans. Seafood is an invaluable benefit to the life of a person, but one should never forget that everything is useful in moderation. 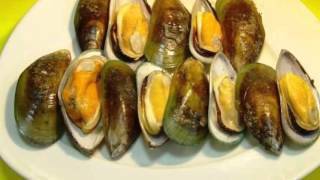 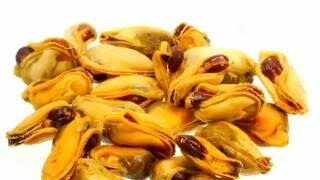 1:21
THE USE OF MIDIS |mussels use harm, seafood use of mussels, mussels use composition,