Why does a child grind his teeth in a dream?

Many children of preschool and primary school age can hear a squeak of teeth during sleep. In medicine, this phenomenon is called bruxism. Hearing the characteristic sounds, any caring parent will immediately ask the question, why in a dream the child grinds with his teeth. There is an opinion that such a scraping is associated with the presence of helminths in the children's body. However, doctors refute it, arguing that this phenomenon is due to a number of other reasons. So, why does the child in his sleep grind his teeth?

Doctors agree that bruxism can harm a child's teeth, so it requires timely treatment. Before solving this problem, it is necessary to find out the factors that influenced the appearance of this phenomenon. There are the following reasons for the creaking of the teeth:

So, let's look at each reason separately.

Young children react very sharply to a variety of life situations and any changes. For an adult, they may seem ordinary, but for the baby everything that happens can become a serious psychological strain. Thus it is necessary to tell, that in the account it is necessary to take and excessive positive emotions. Reasons for imbalance can be many, for example:

Parents should know that any change can deeply affect the psyche of the baby.

Genetic factor may also be one of the reasons that a child in a dream grinds with teeth. It was noted that most of the inheritance from the next of kin is received by boys. Before turning to specialists for help, it is recommended to find out whether grandparents or grandfathers suffered as a result of bruxism. If the family has this phenomenon, it remains to wait until it passes by itself. Sometimes the gnashing of teeth in a dream ceases as suddenly as it begins.

In some cases, bruxism is observed against a background of severe fatigue. It is necessary to pay attention to the daytime workload of the child, his regime of the day, the number of hours spent at the computer or television. When the load is normalized according to age, the grinding usually disappears.

Teeth grinding can be caused by a violation of the sleep depth manifested in the following conditions:

Experts in the field of bruxism say that boys usually suffer from these kinds of problems.

If parents notice that at night the child is creaking with teeth, then it may be an increase in adenoids. According to observations, 80% of cases of this disease are accompanied by night scraping.

Children with a pathology of the maxillary apparatus, as well as malocclusion, are often affected by bruxism. In order to determine the exact cause, you should contact an orthodontist, who can easily inspect and, if possible, help to resolve the problem.

To date, pediatric dentistry has advanced significantly in treatment methods, so timely treatment gives a high chance of success.

Sometimes grinding in a dream can be observed in infants during the teething. This is due to the fact that the baby's gums swell and cause itching. Trying to get rid of it, the child clamps the jaw so hard that a characteristic creak is heard.

Before contacting specialists, it is necessary to check if the teeth do not catch teeth. This can be determined by the increase in the gums at the site of the eruption of the tooth. In this condition, the child grinds his teeth in the afternoon, and not only during a night's sleep.

Some parents do not pay attention to the fact that the child grinds his teeth in a dream, not understanding the seriousness of the situation. They believe that this phenomenon is temporary and will pass with age. Ignoring the problem of bruxism can lead to different consequences.

In the dental aspect, the following pathologies are possible:

In addition to problems with the health of the teeth can be serious disorders of the nervous system, which can lead to inadequate development of the child. In some cases, there is a lag in peers in terms of mental abilities. As you know, prolonged stress can lead to depression, closing the baby in yourself. Against the background of a psychological disorder, diseases of other important body systems can develop.

Severe fatigue affects the deterioration of vision, hearing and reaction. It is not excluded the weakening of the immune forces, which makes the child susceptible to various dangerous infections.

In cases of sleep disorders, the baby, as a rule, becomes uncontrollable and capricious. In such an uncomfortable state, he not only suffers himself, but also causes a lot of trouble for parents.

In order to avoid consequences, it is necessary to identify the cause of bruxism in time and start the correct treatment, if necessary with the involvement of specialists.

Faced with the problem of bruxism, it is necessary to take all measures to eliminate it. The method of treatment is directly related to the cause of its occurrence, therefore, in each case has its own peculiarities. 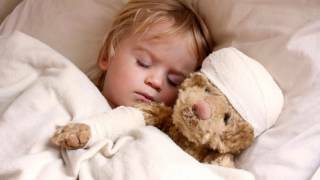 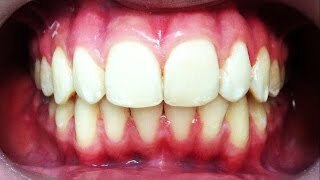 11:35
Bruxism is the cause and treatment. Teeth grinding in a dream