Jealousy: how to deal with it

It is hardly possible to find someone who is not familiar with a sense of jealousy. It is very strong and, unfortunately, not always controlled. Often it accompanies unpleasant experiences for a person.

Where does jealousy come from? It arises from the fear of losing your second half? Or maybe it's just a manifestation of a sense of ownership? Or is jealousy an unavoidable companion of relationships and you have to reconcile with it? But why is its power so destructive? With all this you can understand and then you will understand how to get rid of jealousy.

For our beloved or beloved, we want to be unique and unique. And this is a completely predictable desire. Jealousy appears quite natural and there is always a reason. She keeps the relationship on the verge of collapse and makes the couple balance out of their last strength, torturing both.

Jealousy is a sign of mistrust not only to a partner, but to oneself. After all, jealous people do not value their chances very much, constantly comparing themselves with a real, potential or contrived rival. That's one of the reasons for jealousy - low self-esteem and self-doubt. It is here that the root of evil is hidden. Because of the uncertainty in the jealous mind, there are various negative thoughts. For example: "He is much more attractive than me. She will leave me because of this handsome. .. ".

It is worthwhile to draw a parallel between self-esteem and attitudes towards others. After all, a person who does not really love himself, can not get along with others. Such people are distinguished by their closeness, captiousness and touchiness. And at this moment you are thinking: where is jealousy? But remember that a jealous man is not confident in himself and he has a low self-esteem. Therefore, he does not appreciate other people too. And even if he practically does not know them, he still admits that they can go to treason.

So, in order to understand how to overcome jealousy, you must first find the cause of this problem.

Who searches, it always finds. .. problems on its head. If you constantly think about something bad, it will necessarily happen. You, by focusing attention on the negative, attract it. The one who constantly harasses his partner with causeless jealousy, he himself pushes the other half to betrayal. After all, relations due to constant quarrels deteriorate, and over time, the pair moves away from each other. On unfounded accusations the partner reacts with protest. And, in the end, the spouse or spouse have a real romance "on the side".

And indeed, jealousy very quickly destroys even the most robust relationship. First of all, it negatively affects the jealous man himself. Such a person does not know how to trust, he is not confident in his own abilities, he is anxious, suspicious and can not relax. And he often has a bad mood, and this affects the atmosphere in the family and saturates the relationship with negative.

How to stop jealous?

When you want to take control of the situation, do not forget that jealousy is inherently irrational and almost impossible to control when it comes to a loved one and a very expensive person. Try to establish a very clear line between obvious and far-fetched, sort out your feelings. So you will not let your couple or family break up. From jealousy you need to get rid of once and for all, otherwise it will poison your life.

How to stop jealous of a guy?

With a feeling of jealousy, almost all women are familiar. And even those who are quite successful, balanced and sane. No one is immune to this feeling.

How not to be jealous of a guy, if there is a reason for jealousy? Do not blame only him in this situation. This is unfair and the root of the problem needs to be looked for in oneself. After all, often on the betrayal of the guys pushes a certain behavior of their girls. And do not neglect the fact that in 9 out of 10 cases jealousy is just a product of female fantasy, which arises from mistrust, speculation and rumors.

Practice shows that in most cases, female jealousy arises from lack of self-confidence and the fear of losing your soul mate. In a state of jealousy, those women who are complex because of their appearance, often feel embarrassed by their position in society or material condition. But those ladies who are confident in their attractiveness, are successful and have high self-esteem, are much less likely to fall victim to jealousy. Therefore, the answer to the question of how to cope with jealousy, suggests itself: increase your self-esteem! And you can do this in a variety of ways. And the simplest of them is a complete change of your wardrobe. Your new clothes should be expensive and stylish, so that you look irresistible in the eyes of the surrounding men.

Another reason for the girl's jealousy is her fear of being alone and losing her beloved man. If the reason for your unhealthy feelings lies precisely in this, then you need to change the situation and just unwind. And sad thoughts will leave your consciousness. And once you are again subject to jealousy, immediately look for something new and interesting around to switch your attention. All negativity will go to the background and eventually forget.

Another negative energy, which is caused by jealousy, can be directed to a positive channel. This may not solve the main problem, but it will save you from the black thoughts. For example, you can switch to work instead of spending time and thoughts on jealousy. Thus, this destructive feeling as a result will help you reach the heights in your career.

To solve the problem of jealousy once and for all, take care of yourself. And learn to trust your young man by eradicating such a negative trait of your character as suspicion. After all, someone who does not trust his second half, turn in the eyes of the beloved into a real despot who sees in everything a deception.

And if you find that your man has some secrets from you that he is hiding, this does not mean that you should be jealous of him. Just take his word for it, and do not start immediately to find out the relationship with him. Or just try to pretend that you believe him, and check the information yourself. Such concepts as credulity and trust should be clearly distinguished and shared. The first is extremely undesirable, but it is impossible to build strong relations without the second. Better to be a jealous than a gullible fool, whom all her chosen ones change. 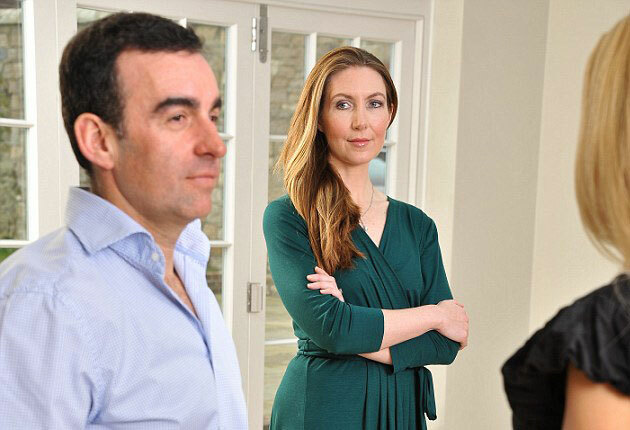 How to stop jealous of her husband?

Jealousy can arise at any stage of the novel. And even if you have not encountered it before, you can get acquainted with such a feeling for the first time already in a marriage. From this, no one, unfortunately, is immune. Jealousy is not alien to lasting, lasting relationships. And since this feeling torments not only the jealous, but also the object of jealousy, it is better to get rid of it as soon as possible.

If you are interested in how not to be jealous of your husband, then first of all you must remember that relationships are held on mutual respect and trust. It is this power that avoids conflicts, resentments and jealousy.

Try to call your husband for a frank conversation, if you have a need for it, and you are eaten from the inside by a "worm of doubts".You will be able to recognize him, his desires, dreams and thoughts. Such conversations are based on frankness and mutual trust. They have a miraculous power and can save the relationship from jealousy. But in such conversations, as in everything else, it is important to keep balance. Do not cross that thin line, which talks heart to heart into interrogations with a passion, that, in the end, go into clarifying relationships, tantrums and scandals. So you will not only push your loved one away from you, but he will also move away. And as a result, he will begin to seek understanding and comfort in the arms of another woman - more confident and balanced.

How to stop jealous of a girl?

You are tormented by the question of how not to be jealous of a girl, if she does not give even a reason? Try not to show your aggression and not to torment your beloved with unfounded suspicions. If she returned home late, do not make a scandal. Do not rummage in her phone - she also has the right to personal space. This greatly aggravates the problem of jealousy, which basically has no basis for any. But your pressure can cause the girl to put an end to the relationship. After all, there is a limit to everything. And even patience may someday end.

There are such signs of pathological jealousy:

- Jealousy without cause .A person does not understand why he is jealous, and does not know how to cope with a similar problem.

Pathological jealousy is classified by form.

Is there a cure for pathological jealousy? Of course, but you can get rid of a dangerous feeling if a person is able to revise his own personality, as such. Getting rid of jealousy is quickly impossible. This will take a lot of time, effort, nerves and diligence.

Jealous people are very sorry that you can not drink a pill that would save from destructive feelings. And many at the same time are looking for salvation in alcohol, and against a background of jealousy a new pathology arises - alcoholism.

A person who suffers from pathological jealousy, often can not control emotions and restrain their actions. He can not only rude or scream, but also threaten and strike. Jealous people are very dangerous. But you can agree with them if you make every effort.

A jealous person can be compared to the owner, only in action. Believe me, it's hard for him to live with such a feeling and he does not see an alternative way out. He finds solutions to the problem only temporary:

Remember that jealousy is cruel. It mercilessly destroys the integrity of the human body, destroys the perfect relationship. The jealous man himself suffers, hates and despises himself. He wants to escape from a far-fetched reality, but she does not leave him alone. If faced with a similar problem, be sure to look for a solution, do not close your eyes to real things and do not give up the help of relatives and experts. 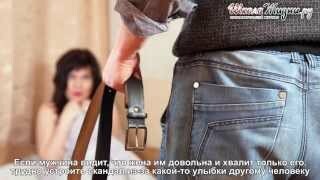 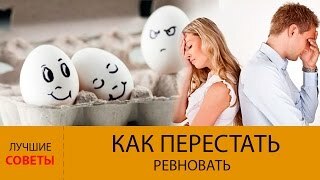 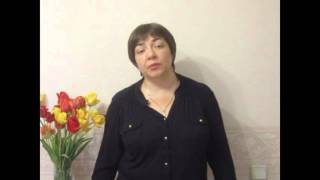 8:14
Reasons for jealousy and how to deal with it. Matvienko Marina, Center The Way to You.