Why does the ear ache, if water has poured into it, and what to do at the same time 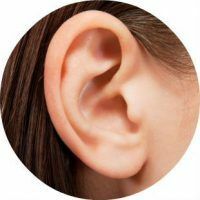 There is nothing wrong with the fact that water gets into your ears if they are completely healthy. Special grease will not allow water to penetrate further into the ear canal, and it will flow out after a while. However, in order to minimize the risk of possible consequences, to reduce discomfort, one can independently accelerate the process of removing water from the ear. So what to do if the ear gets water?

Experts call this problem "swimmer's ear" and consider one of the most common in the practice of ENT doctors. It is relevant not only in the warm season due to bathing, but also because of year-round visits to swimming pools, careless handling of the ears during shower procedures or bathing a small child.

hurt? If water gets into the outer part of the ear - the most common and simple case. Typical symptoms are unpleasant sensations inside the ear canal, a feeling of transfusion and gurgling. Sometimes they can be felt even in the head. It is not necessary to be nervous: if everything is in order with the eardrum - the water will not get further, but gradually it will flow out by itself.

However, even in the outer ear, the presence of water can cause unpleasant consequences: tinnitus, hearing loss, sensation of congestion. To such complications result:

If water enters the middle ear, then there is a hole or perforation in the eardrum of a person that could have formed as a result, for example, of otitis or mechanical damage. However, this situation is much less common than the first. Also, water enters the middle ear from the nose through the Eustachian tube, especially if the swimmer takes water through the nose during the dive.

To remove water from the outer ear is very simple:


Do not try to remove water from the ear with a cotton swab. This can cause trauma to the ear canal or tympanic membrane, as many people use them incorrectly, that is, thrust too deeply. Work with chopsticks can only be in the visible area of ​​the ear, that is, at the beginning of the passage, and water accumulates in the depth, where it is dangerous to penetrate the stick.

Removing water from the middle ear presents certain difficulties, so it is better to address this problem to an ENT specialist. Tightening with getting rid of water can lead to various problems with the ears. However, if there is no possibility to visit the otolaryngologist at once, you can try to solve the problem yourself:

Children often get hurt from getting water in their ears, as they have an auditory process shorter and wider than that of an adult. Especially dangerous are swimming and diving for children who have recently had otitis or who have this disease in a chronic recurrent form. For this reason, parents should pay increased attention to the removal of water from the ears after each bathing of their child.

For this you can use almost all the same methods as for adults, if they are large enough to do all the above manipulations independently or under the control of the parents. The situation is slightly more complicated with the bathing of small or newborn children: their ear canals are even shorter and wider, located at right angles to the auricle, and the ability to accurately indicate discomfort in the ears or pain sensations is much less. Some experts advise before bathing to cover the ear canals of such children with a cotton swab, it can be moistened in vaseline oil, and after water procedures, the ears dry with a different swab or corner of the towel.

Children's doctors say that there is nothing wrong with getting water into the ears of newborns and babies: in the womb they are constantly in the water. However, it is a sterile liquid that does not cause infection. At the same time, children have a habit of feeling fluid in the ear for the first time after birth. After active water procedures or visiting the baby's pool, it is advisable to hold the baby on each side for several minutes, so that the water from the ears will flow out under the influence of the earth's gravity.


Ears of small children protect and sulfur discharge in the ear canals, which in this tender age are formed very quickly. Therefore, it is recommended to clean the ears only after bathing.

Read also how to properly apply special wax candles for treating and cleaning the ears from contamination http://woman-l.ru/voskovye-svechi-dlya-lecheniya-i-chistki-ushej/
to the table of contents ^

Toprevent liquid from entering the ears, the occurrence of unpleasant sensations, as well as the development of complications, while swimming in water reservoirs and swimming pools should be protected from water. To do this, you can use a special bathing cap, which can be purchased at any sports store. The main criterion of its choice is the density of adherence to the ears.

If you do not have the opportunity to wear a hat, then you can grease the entrances into the ear canals with petroleum jelly, it will not allow the penetration of liquid deep into the ears.

Special ear plugs can also be purchased in stores, which are inserted into ears or headphones to protect them from water.