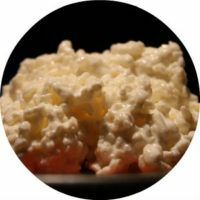 Not all bacteria that exist in nature bring harm to humans. Some of these useful microorganisms are bifidobacteria that live in the intestine. They are responsible for the synthesis of many vitamins and acids. The normal level of such bacteria is tantamount to the health of the whole organism.

At the moment, scientists have studied about 32 species of bifidobacteria. The most common in the intestinal microflora are:

Different foodstuffs contain different strains of these microorganisms, therefore, depending on the human diet, one bifidobacterium will predominate in its intestinal tract, while the other with a daily menu will have others.

Each species differs in functions and influence on the body. With age, the composition of the intestinal microflora also changes. Dense colonization of bifidobacteria in the intestine is observed in children already at the age of five.

Interesting is the fact that the bacteria that were found in the animals never met in the human intestine, and vice versa.
to contents ^

Many people do not even suspect what role the bowel health plays in the state of the body. The normal functioning of this body is not only the digestion of food and the removal of its remains, the intestine affects all organs, even our mood can change from the "mood" of the intestine! And it almost entirely depends on the state of the microflora and the amount of bifidobacteria in it, which perform many important functions.

Symptoms of lack of bifidobacteria

The lack of bifidobacteria in the intestine leads to dysbacteriosis. Since the intestinal microflora affects the health of the whole organism, if the balance of the microflora is disturbed, the symptoms are very clear, but each organism reacts differently to this phenomenon.

Consequences of lack of

If at the first manifestations of dysbacteriosis does not start treatment, then it can lead to serious consequences. The opinion that this disease is not so dangerous is mistaken.

When restoring intestinal microflora, it is important to establish a lifestyle, nutrition, try to eliminate stressful situations from your life. But also for the recovery it is necessary to take special preparations that contain both the microorganisms themselves and the necessary components of the environment for their favorable development and vital activity.

Means with bifidobacteria can be produced in a variety of forms: tablets, capsules and suppositories with beneficial bacteria, there are liquid and powdery bifidobacteria.
to the table of contents ^

Preparations with this name have already a living beneficial bacteria - here and bifidobacteria and lactobacilli. When choosing a probiotic, you must rely on the opinion of the doctor, since all medicines containing bifidobacteria are divided into several groups in order to stay on one, you need to carefully study the cause of the symptoms of digestive disorders.


The list of drugs includes a huge variety, but the most popular are:

If you populate bifidobacteria in an unprepared environment, the money spent on pills goes to the wind, as microorganisms simply can not exist. Therefore, probiotics are always appointed in conjunction with prebiotics - the means that provide the conditions for the existence of beneficial bacteria in the intestine.

Treatment of vegetovascular dystonia in children and adults http://woman-l.ru/lechenie-vegetososudistoj-distonii/
to table of contents ^

Proper nutrition is important throughout life, with dysbiosis it is necessary to follow its rules to bring the content of bifidobacteriain the norm.

To completely restore the health of the intestinal tract, you need to include in the menu products containing natural probiotics. Live bifidobacteria contain:

It is also important to remember that with different manifestations of dysbiosis, you must follow the rules for each case individually.

It is very important to maintain intestinal health at the proper level, then all organs will be in order. To prevent the emergence of unpleasant symptoms, in addition to proper and balanced nutrition, you should lead an active lifestyle and not put yourself under stress, because the intestine reacts faster than any other organ, which leads to disorders, including the lack of useful microorganisms.