Symptoms of endometriosis of the uterus in women and its treatment 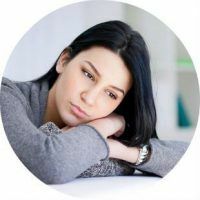 Endometriosis is a pathological process of growth of the endometrium outside the body of the uterus that is not functional and similar in cellular structure with the tissue of the uterus itself. Very often there is adenomyosis( proliferation of endometrial cells in the muscle layer).The disease is most often affected by women of childbearing age, in rare cases, endometriosis occurs in young girls. The disease is dangerous because at the initial stages it does not show any obvious symptoms, and the woman consults a doctor with a neglected disease.

most common and known causes of uterine endometriosis:

Other factors provoking the appearance of endometriosis include:

The course of the disease is characterized by severe pain, the severity of the lower abdomen and problems in the process of urination shortly before the arrival of menstrual days.

Cells of the uterine endometrium can go far beyond its limits, attaching and germinating on the peritoneum, inside the fallopian tubes, forming accumulations on the ovaries and other organs. There are cases when these cells germinate in the lungs, larynx, renal pelvis and other organs that seemingly have nothing to do with the uterus.

Unusual property of the disease is expressed in the fact that living cells of the endometrium function equally in the uterus body and outside it. This means that they completely follow the phases of the menstrual cycle, loosening and bleeding, imitating menstrual flow. When they are in the kidneys, they can secrete blood in the urine, in the large intestine, stain the stool with bloody mucus. If you do not know about endometriosis, you can confuse its manifestation with the symptoms of more serious diseases.

Every month before the onset and at the time of menstruation, unbearable pains appear in the lower abdomen. On such days a woman can drink handfuls of painkillers and antispasmodics, without getting a special result. Pain can spread to the rectum, hips, back area, etc.

In severe cases, pain and discomfort can occur during sexual intercourse, sometimes so severe that it makes intimate life impossible.

In a number of cases, the disease can be of a hidden nature, even with a very severe lesion of one or another organ. The danger of endometriosis is that with the defeat of the female reproductive system, full infertility or the inability to bear the child itself can occur.
to contents ^

Depending on the location of the endometrioid tissue, several types of disease are distinguished:

Depending on the depth of the lesion, the endometriosis of the uterus is divided into 4 stages:
to contents ^

Methods for the diagnosis of endometriosis:

This is the surgical eradication of enlarged endometriosis tissue or its complete burning with a laser. Its main goal is to remove all visible foci of the disease and restore the correct anatomical relationships between organs and normalize their work. For carrying out laparoscopic surgery, sometimes even one small puncture, a few millimeters in size, is enough.


After the operation, the intensity and duration of pain in the abdomen noticeably reduced, discomfort during sexual intercourse decreases or disappears, there is a possibility of pregnancy and gestation of the fetus for the full term.

Blood loss and postoperative therapy are virtually minimized. The wound surface after the operation is very small, which allows a woman to return to the habitual way of life almost immediately. This same factor minimizes the problems with the removal of sutures, the possibility of infection, inflammation and a long period of healing.

Laparoscopy is effective only in cases of I and II stages of the disease, when one operation is sufficient to eliminate all foci of endometrioid tissue. However, with recurrent form, repeated laparoscopic interventions are necessary. For the treatment of severe forms of endometriosis, the operative method is combined with hormone therapy.

The hormonal method of treatment should be started with the first menstruation occurring after the operation. Usually hormonal therapy lasts for 4-10 months without interruptions, the term will depend on the nature and degree of growth of pathological tissues throughout the body.

Recently, for the more effective treatment of endometriosis, the following hormonal suspensions are used: Medroxyprogesterone acetate, Norethinodrel, sometimes it can be Norethisterone and Retroprogesterone. The first of these hormones is used for 30-50 mg every day, lasting at least 2-4 months.

Drugs containing the hormone danazol are prescribed for up to six months. After 1-2 months of treatment, amenorrhea occurs in most cases( no monthly).Approximately 25-35 days after the end of treatment, the monthly cycle is fully restored. To treat the initial forms of endometriosis, enough 400 mg of danazol per day, here in severe cases the dose rises to 600-800 mg.

The hormone nemestran is prescribed by a dose of 2.5 mg not more than 2 times a week. The menstrual cycle can also disappear for a while, this period varies depending on the amount of the drug taken and the initial characteristics of the menstrual cycle. Usually a full-fledged menstrual cycle resumes 4-6 weeks after discontinuation of the drug.

The drug Zoladex( Goserelin) is administered subcutaneously. Its dose is usually 3.6 mg not more than once in 26 days. At the end of the course of hormone therapy, symptoms such as pain and discomfort in the lower abdomen are reduced by about 4 times, which is an excellent indicator for a drug of a narrow spectrum of action.

Treatment with hormones often leads to the development of side effects:

With a clear manifestation of these side effects, the dose of the hormone drug is reduced.

Conservative treatment is indicated for normalization of the patient's impaired immune system after hormonal therapy. For this purpose, the following are used:
to the table of contents ^

Physiotherapy procedures are not an independent method of treatment of the disease, however it is an effective additional method that allows to increase the result of drug therapy, reduce the severity of side effects of hormone therapy, reduce the risk of complications after surgery and improve the patient's condition.

Electrophoresis with potassium iodide, zinc helps relieve inflammation and pain after surgical treatment. The procedures activate microcirculation and promote the acceleration of the reverse development of infiltrates.

Magnetotherapy after surgical treatment of endometriosis in the absence of estrogen-stimulating and thermal effects, has analgesic, anti-inflammatory, desensitizing and metabolic stimulating effects. Pulsed magnetic field helps to normalize the state of the vegetative and central nervous system, and also improves microcirculation after the operation.

Laser radiation on the postoperative wound zone has a bactericidal effect, accelerates the process of epithelization( healing of superficial and deep wounds) and stimulates the phagocytic activity of leukocytes( the ability of phagocytic cells to eliminate the pathogenic microflora that has entered the body).In addition, laser radiation has anti-inflammatory, biostimulating, analgesic effect.

Balneotherapy - iodide-bromine and radon baths. Iodide-bromine baths affect the function of the thyroid gland, suppress hyperestrogenism, reduce blood pressure, and also have an anti-inflammatory and sedative effect. Rodon baths calm the nervous system, normalize metabolic processes in the body, strengthen immunity, stimulate the regenerative processes of tissues after surgery and prevent the formation of adhesions.

In clinical practice, there are rare cases when pregnancy occurs in endometriosis of the uterus, but this situation is dangerous for the development of the fetus up to the miscarriage. If a woman with this diagnosis still became pregnant, then she needs to be observed for a full period of time from a specialist and follow all his recommendations.

During the menopause, the clinic of the disease usually decreases and gradually completely disappears, as the hormonal background is significantly reduced. However, there are cases when the endometriosis begins to recur or occurs for the first time. Endometriosis may be affected by men with excess weight or diabetes during menopause. In addition, the cause of the disease during the menopause are some infectious diseases of the reproductive system, as well as surgical interventions on the organs of the reproductive system.

Read also what hormonal drugs are prescribed for women during the menopause, in particular with the endometriosis of the uterus. Http://woman-l.ru/gormonalnye-preparaty-pri-klimakse/
to the table of contents ^

The lack of correct and timely treatment of the disease canlead to serious complications:

To prevent endometriosis of the cervix, it is recommended that all women who once cured ailment and those who have never experienced it observe the following rules: