Agate stone and its properties 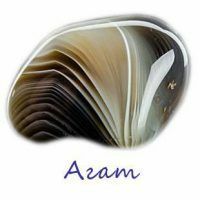 Agate is a stone of riddles and fantasies, a mineral with unique properties, a talisman of all wandering and seekers of enlightenment, a muse of all masters of glyptic and pioneers in decorative art.

With its unique patterns, the stone excited the imagination of the masters from the time of Ancient Greece, and continues to do so today. How many secrets has this stone revealed to us, and how much more does it have in itself?

Agate for several millennia in a row inspires the masters of their unique crAsotoy.

Agate is a kind of quartz, in its structure it is fine-grained chalcedony.

Externally, the mineral is not noticeable, but it's worth looking at the slice, as a gaze of a unique world of zigzag and concentric patterns and a variety of colors opens.

In nature, agate amazes with its abundance of colors. One stone can combine dozens of different shades.

There are several assumptions about the origin of the name of the stone.

Agate is difficult to classify by color, as each stone is unique and individual. Typically, agate varieties are distinguished by their unique pattern:

One of the most valuable agates is the so-called "moss agate", which is mined in India. This mineral is colorless, and contains inclusions of green hornblende, creating real masterpieces on the surface of the stone in the form of landscapes.

The chemical composition of agate includes silica with a large number of different impurities. Often the layers of agate are formed by chalcedony, sometimes they contain admixtures of opal, quartz and other minerals.

By its formation, agate is a kind of filament that fills the voids in the volcanic rock. Agate layers arise due to the diffusion of solutions through silica.

Semi-precious stone agate has a wide variety of colors, but in nature most often there are aggregates with alternating white and gray-blue layers. In untreated stone gloss at the break has a matte color, whereas in polished agate, the gloss is glassy. The natural mineral is opaque and resistant to various acids.

In the beginning of the 19th century, agate was mined only in Germany, now agate deposits are known all over the globe.

The main suppliers of this semiprecious stone are: Russia( the Urals, Ola Plateau, Chukotka), Georgia( Akhaltsikhe), Tajikistan( Adrasmane), Armenia( Ijevan).Also, agate is mined in the Crimea.

Long ago people believed in the healing power of agate.

In the Middle Ages, agate was used as an effective antidote. In the Renaissance, it was used in the form of a thirsting agent. Modern lithotherapists recommend ornaments with agate with:

In everyday life, agate acts as a soothing agent. It is good for people who are in constant stress situations.

Ever since the days of Ancient Greece, agate has served as a reliable talisman from bad weather. Going on a long voyage, it was customary to take a piece of agate with him, and then, the Greeks believed, the whole path would be illuminated by the sun's rays.

To date, agate is a talisman of eloquence and foresight. In addition, it is believed that agate attracts success and develops the subtlety of feelings. With the help of agate, fraud can be detected. Also, the stone makes its possessor more sensitive and attentive to others.

It is believed that black agate gives its master power over the hell itself. Jewelry with this mineral can get rid of alcoholism and even addiction.

Astrologers recommend copper jewelry with agate to people born under the sign of Taurus.

Cancers and Aquarius agate should be worn along with gold or silver. Sagittarius and Aries stone is contraindicated, since it affects them negatively. Often they become nervous and irritable.

Agate is a semi-precious stone, it is often used:

How to distinguish natural agate from forgery

Agate is falsely rare, but to understand that you are holding a real stone, you should remember:

Like all jewelry, agate is best stored in cases with soft upholstery, which reliably protect decorations from direct sunlight, humidity and dust.

Agate stone is sensitive to sharp temperature changes, as well as to various chemicals.

This stone is best cleaned once a month with a mild soap solution and running cold water. After this, the stone should be wiped with a soft cloth.

Pictures of agate stone and its products 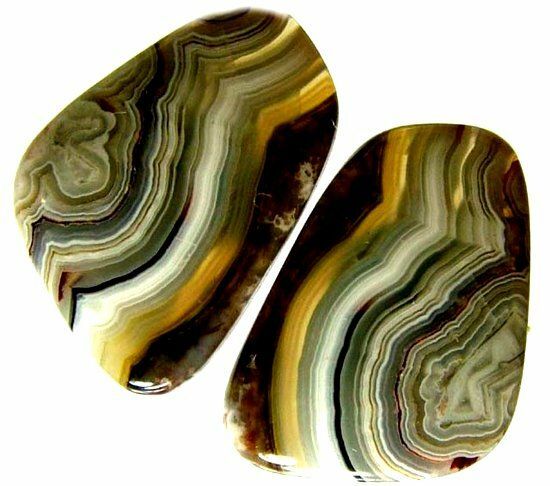 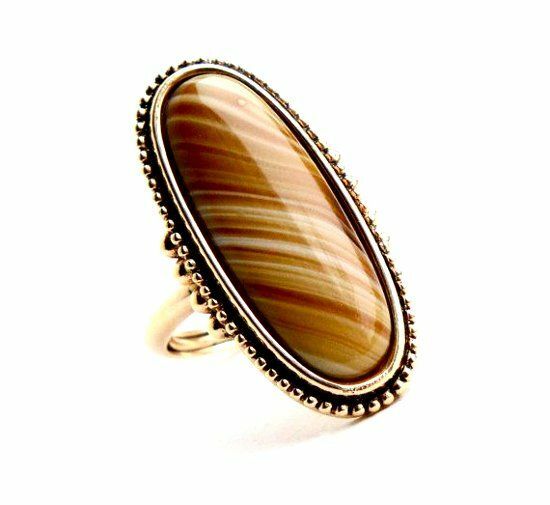 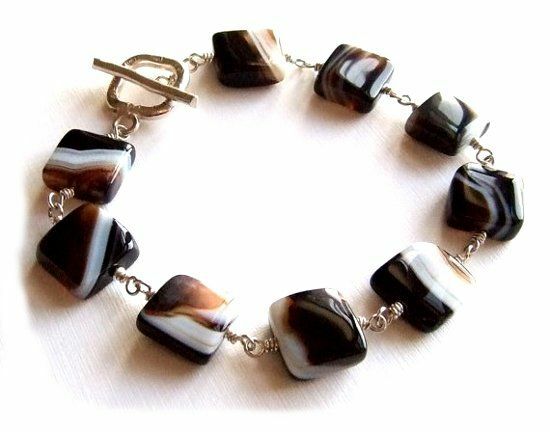 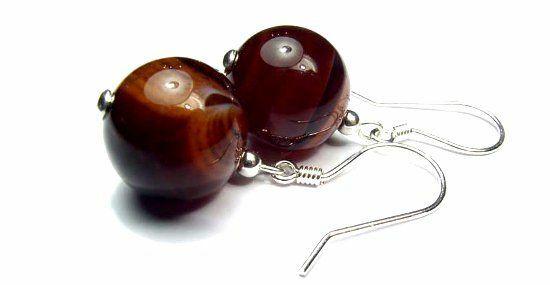