The meaning of the concept of an emancipated woman 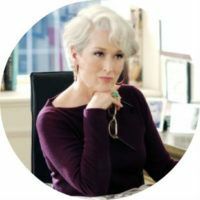 The concept of "emancipation" is familiar to almost every modern person, however, not everyone can clearly formulate what exactly is hidden behind this word. Reasoning about emancipation, almost always implied certain processes, during which there is liberation of man, his release from numerous restrictions, the acquisition of equal rights, opportunities and responsibilities.

What is emancipation of

The term "emancipation" came in Russian from Latin, for the first time this word sounded back in the era of antiquity, when the word "emancipatio" citizens of Ancient Romemeant "liberation".

As follows from a direct translation, the concept of "emancipation" originally implied exemption from excessive parental care, but over time this term began to take on an increasingly political color. Such processes were especially widespread in European countries. Emancipation became a kind of slogan that was actively used by various social groups, especially those deprived of freedom of expression by women and representatives of the working class. For these categories, the concept of emancipation has actually become synonymous with the struggle for equality and the ability to freely make decisions in all areas - from economic to political participation.

The public movement for women's emancipation is counting its history since the time of the French bourgeois revolution. In France, the representatives of the so-called weaker sex, in the literal sense of the word, won their rights, participated in circles, protested, sometimes changing into men's suits and defending their views. I must say that the stories with disguise could not but cause outrage among men. The desired effect was not achieved, on the contrary, it provoked resistance from the rest of society, and as a result, the authorities imposed a ban on the organization and conduct of women's groups and communities. However, these measures had no effect, but, on the contrary, spurred the French to an even more active struggle.

Perseverance and reluctance to make concessions have borne fruit. One of the main results of this struggle was that women were given freedom and some rights. But the persistent ladies did not stop trying and continued to fight, stating the need for full equality and the same rights as men. At this point, there was some confusion of emancipation with feminism, which often causes confusion. But the differences are quite certain - the first direction implies getting rid of pressure and oppression, and the second declares political goals and lies in the field of civil rights.

In our country, the emancipation of women does not have such a long history as in other countries. In fact, it began in the twentieth century, and the trend to this was born during the revolutionary unrest of 1917.In the ranks of the Bolsheviks there were many women who clearly demonstrated the capabilities of Russian women to participate in serious political processes. With the subsequent development of industry and the emergence of a whole series of new occupations, women gained new opportunities, began to work and go beyond the usual way of life. Working women began to realize more clearly how oppressed and what deprived the weaker sex. So, with the spread of new knowledge, the desire to protect one's own rights began to develop.

For the centuries-old history of women's struggle for their rights, the word "emancipation" has acquired a certain definite connotation and began to be perceived exclusively in the context of equality for women. In the generally accepted understanding of emancipation, a woman ceases to be a "service person" for a man, but becomes an active participant in social processes.

With the development of culture and the evolution of society, women received virtually limitless opportunities, their freedom of action is no longer subject to doubt, and no one can independently determine their priorities and plan lifetake away. Modern women can freely dispose of finances, which one could not even think about before, have the opportunity to make a career, hold a position in science, hold high-ranking positions.

A woman is now not only a housewife and mother, but also a leader, a leader - this is emancipation. Of course, many previous stereotypes still exist in the minds of people, but with the development of society they will increasingly recede into the background.

There is an opinion that emancipated women just hide behind loud language to attract attention and foment interest from men. Ostensibly this is done specifically for men to feel the forgotten instinct of the hunter, besides enjoying inner freedom and being the mistress of the situation is always pleasant.

Is this true? If you think about it, a modern woman is under enormous pressure from society. In addition to the fact that she has to be an example in her studies from an early age, build a career, strive for self-actualization, she constantly needs to create a family, give birth to children, so as not to stand out from the general mass. Stereotypes are strong, and no one wants to be an "old maiden", so women struggle with the last strength to conform to the ideal in everything. Sometimes the forces end. And at that very moment, the notion of "emancipation" comes in handy, which allows not only to give up some duties, but also to enjoy your own free time.

What does it mean emancipated woman - definitely hard to say. In short, there are three main types of emancipated women. The division, of course, is very conditional, but we tried to distinguish the main features of each type.

With the obvious benefits of emancipation, traditional female responsibilities, such as rearing and housekeeping, have not gone anywhere. And often there are situations when a woman is burdened with a lot of hassle, in addition to work and social life.

The main disadvantages of women's emancipation:

Speaking about the problems associated with emancipation, of course, it makes no sense to argue that everything should return to the previous settings. It is impossible to change what developed for several centuries, no matter how much the men would like to regain power. It remains only to look for ways to overcome negative consequences and not to forget that women, first of all, are a beautiful half of humanity.