How to make a pirate costume with your own hands 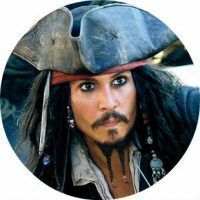 Which boy in his childhood did not dream of being a pirate? Everyone dreamed of going to sea on a ship under black sails, to meet a dangerous, but such exciting adventure! Therefore, if your child is planning a costume holiday, and you do not know how to make a pirate costume with your own hands, then you should get acquainted with our master class.

To make a pirate costume, we will need several old children's things:

You will also need to use materials for decoration, which will help turn ordinary clothes into a real masterpiece.

The t-shirt will play the role of an old vest. 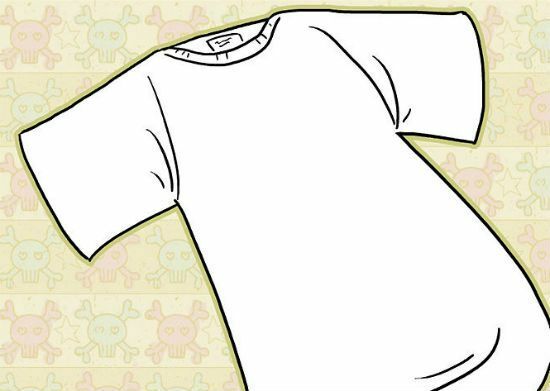 Therefore, you need to thoroughly "grow old" by cutting off the neck, the lower part of the sleeves and the bottom, and then properly punch. 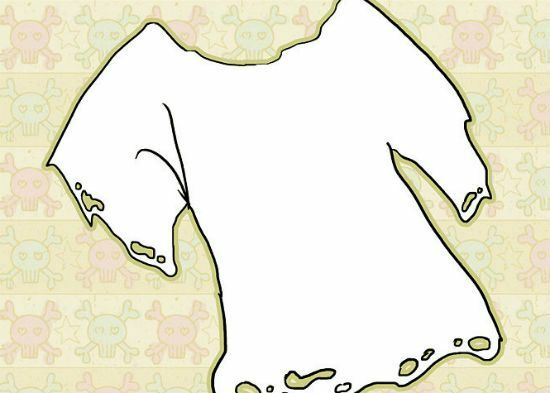 In order to make even stripes on the T-shirt, it will be most convenient to use an adhesive tape. Adhesive strips of scotch along the product to the very bottom. Acrylic paint poured into a flat plate or any other container, into it we will dunk the roller. Then everything is simple - using a roller paint the shirt from all sides, let the paint dry slightly, and remove the adhesive tape. Thus, without much effort, we will get a cool pirate vest! 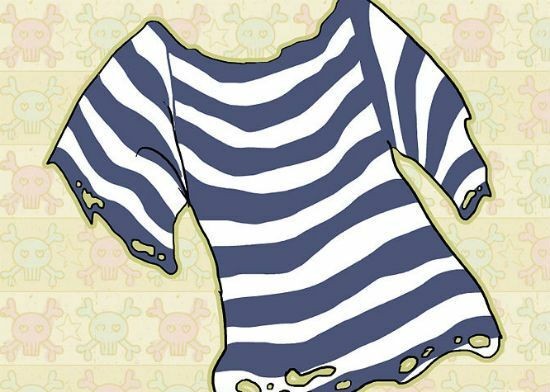 Shirt we also need to "grow old".To do this, we open the seams on the collar and cuffs to give it an effect of wear and tear over time. 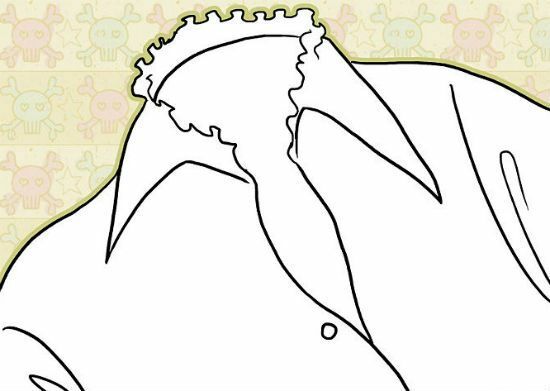 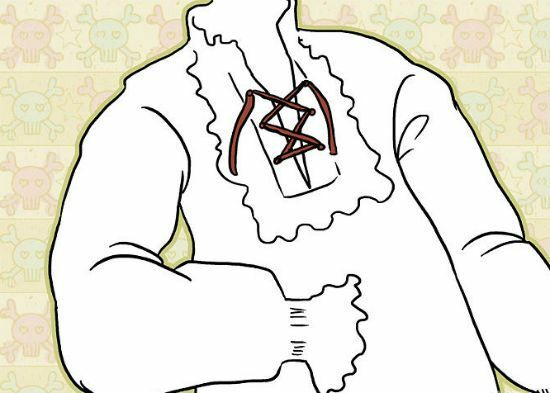 Since you already know how to make stripes on a T-shirt, reworking the pants will not be a problem for you. In this case, take a white paint and glue the strips of adhesive tape closer to each other to get a thinner drawing. 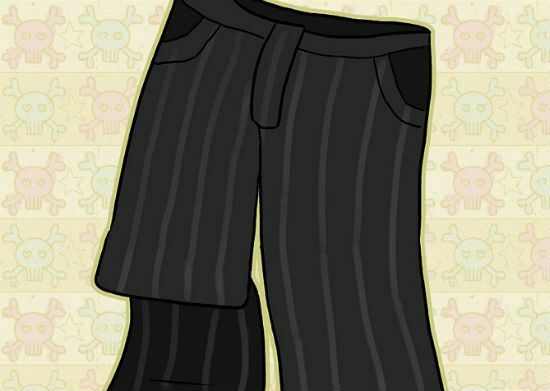 You can take any old waistcoat or sew yourself. If you chose the second option, then sew necessarily with lacing. But the most important thing is to give it a pirate look. To do this, enough sinister stripes with skulls, which can be purchased at any clothing store, where there is a department with accessories. Usually the stripes are transferred to the fabric with the help of a hot iron, but they can also be sewn with threads on the sides of the waistcoat. 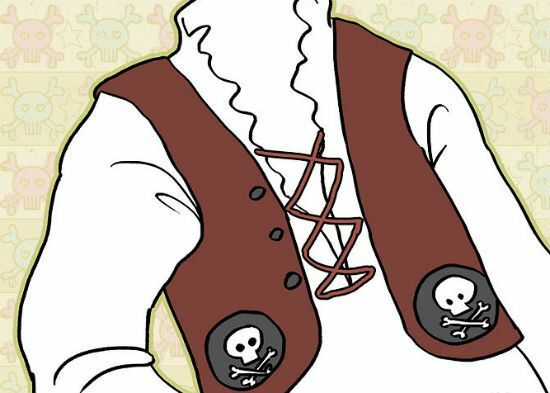 A pirate hat, called a cocked hat, can be cut from cardboard. Draw a silhouette of the future pirate hat and carefully cut out. 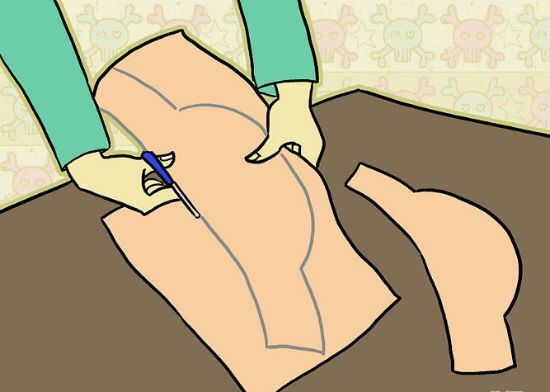 Separately we make a cardboard rim that will fit perfectly on the head. We glue the two halves along the edge, let the glue dry. The ring is glued on the inside of the cocked hat. 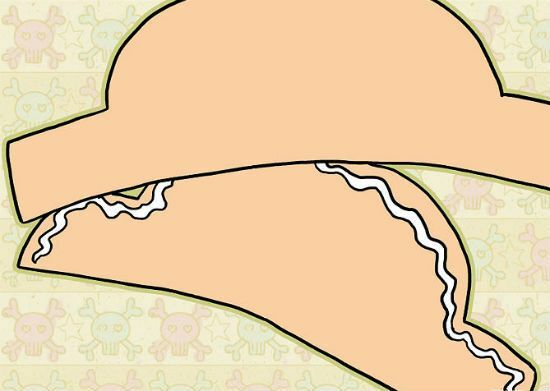 
When a pirate hat is created, you need to help her get a robber look. To do this, we need to glue the symbols of piracy - the skull and bones - like the one we sewed on the waistcoat. The label can be painted on its own, but it's easier to just print and cut out of paper. 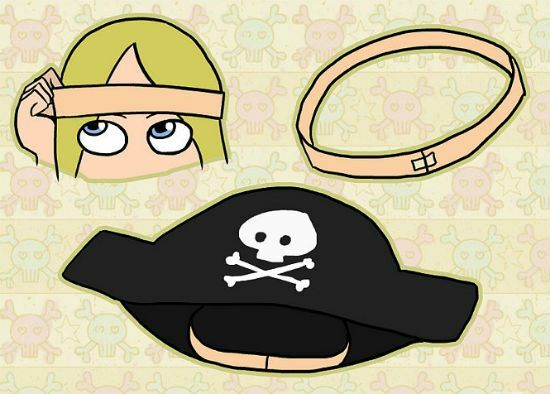 The costume of a small pirate is completely ready and you can dress up! We put on a vest, shirt, waistcoat and frock coat, whose role can be played by an old coat or an elongated jacket. Pants tucked into boots that best match the image - with straps and buckles. Belts - this is an integral part of the image of the pirate, so it will perfectly gird up with several leather straps at the same time, adding a belt from a red scarf or scarf to it. 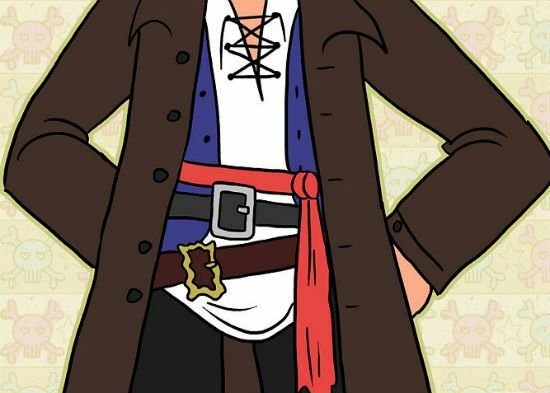 Now your little adventurer looks like a true conqueror of the seas! Just do not forget to add a toy weapon to the image. Sabers, pistols, and swords will help a small pirate feel like a real hero!

The costume of a pirate is the most winning option at any carnival or children's festival. Suitable for boys and girls. The son also chose a pirate costume for New Year's carnival. They cost less time to make a costume, they did not do * aging * and stripes, they replaced the hat with a bandanna( you can also use a kerchief).Shoes have chosen rubber boots in black color having decorated them with volume buckles and lapels. Added bright accessories, a sash for a few turns, well, and most importantly the pistols with a sword-all the suit is ready!