Stone aquamarine and its properties 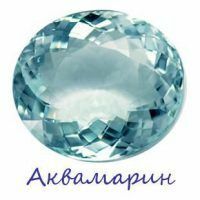 Aquamarine is a stone of "sea water", its unique properties, crystal clearness and fascinating blue color scale excited the imagination of connoisseurs of beauty for more than one century in a row.

The ancient Greeks believed that the soul of the sea is enclosed in the stone, the romantic French saw in the stone the embodiment of true love, and contemporaries attribute the magical and medicinal properties to aquamarine.

The history of aquamarine originates moreFrom the times of Ancient Rome and Ancient Greece. The sailors believed that the stone was the gift of Poseidon himself - the god of all seas. Going on long and dangerous trips, the Greeks necessarily replenished their amulets with a stone of "sea water".

The aquamarine carving was popular among ancient masters. Archaeologists have found many figurines of mythical monsters, gods and even rulers of those times made of aquamarine. Thus, among the exhibits of the Paris National Museum, is an intaglio with the image of Julia Domna, which was made in 210 AD.

In the Middle Ages, the aquamarine has gained popularity in Europe and there are many examples:

Description Extremely beautiful aquamarine stone is quite popular because of its clean, crystal-clear transparency and unique shade of aqua blue. The value of a mineral depends on the saturation of its color. The best samples of aquamarine are considered to be specimens of a gently blue hue.

So, for example, the most expensive kind of stone is a mineral with a dark blue color, while the greenish aquamarine has a price much lower. Interestingly, even the largest specimens of aquamarine are characterized by crystal transparency and purity. Often this mineral is confused with a tarnished topaz or sapphire.

The name aquamarine received from the confluence of two words "aqua" - water and "marinus" - marine, which in Latin means "seawater".And although this name was given to the stone by the famous ancient Roman sage Pliny the Elder, it came into use, thanks to the scientific works of the Belgian scientist and doctor Anselm Boetz de Boota, only in 1609.

In addition to the name "aquamarine", the name "noble beryl" is also used for the mineral.

There are blue, light blue and blue-green aquamarine, however, these color varieties of stone have their own special names. As, however, and varieties of aquamarine, containing inclusions, which create a rare effect of the "cat's eye" and asterism( the optical effect, which consists in the appearance of a star-shaped figure with a certain illumination of the cut of the crystal).

It can often be observed in crystals of aquamarine and inclusion of phlogopite, biotite, ilmenite and pyrite crystals.

The only species of aquamarine that has a separate name is the maxis-aquamarine, the name comes from the name of the Maxis mine( Brazil).This mineral gained special popularity due to its unique sapphire blue color.

Aquamarine is one of the varieties of beryl. In its chemical composition, this mineral contains beryllium and aluminum silicate. Its chemical formula: Al2Be3 [Si6O18]


The chemical composition of aquamarine includes:

Coarse-grained granites and hydrothermal veins usually serve as the place of formation of aquamarine. In nature, this mineral is a hexahedral prism or long-stemmed crystal.

A distinctive feature of aquamarine is the noticeable pleochroism( two-color) from soft blue to sapphire blue, which can easily be observed with a change in the angle of view. Some specimens, like tourmalines, have the so-called "cat's eye" effect.

Also for aquamarine are characterized by small needles that are parallel to the axis of the crystal and give them an unusual silvery white light effect. Such natural defects are usually called "rain".

Mineral is sensitive to direct sunlight, with prolonged exposure to sunlight, its color intensity is significantly reduced.

The mineral has a high hardness on the Mohs scale of 7.5-8 units, but despite this, the stone is light and brittle enough.

Aquamarine deposits are known on all continents, the largest of which are in countries such as Brazil( Bahia, Minas Gerais), Russia( Transbaikalia, Ural), Madagascar.

In modern lithotherapy, it is commonly believed that aquamarine helps cure:

Mineral allows you to get rid of seasickness attacks and is an effective biostimulator.

Since the time of Ancient Greece, it is commonly believed that aquamarine symbolizes the soul of the sea. It not only serves as a reliable talisman in all sea voyages, but also allows to maintain a connection between two lovers, not allowing them to forget about each other.

In everyday life aquamarine served as a talisman of true friendship and wisdom. It is believed that it has a beneficial effect on happiness in a married life.

Some people believe that the mineral:

However, always wear an ornament with aquamarine is contraindicated, becausesometimes a stone provokes its owner at an unjustified risk and contributes to unexplained bouts of longing.

Sometimes aquamarines are mistakenly attributed to the sign of Libra, but modern astrologers believe that the stone most favorably affects people born under the sign of Aquarius. It has relaxing properties and helps to quickly get out of stress.

Also astrologers recommend wearing aquamarine as an ornament to such zodiac signs as Cancer and Pisces. Experts say that the stone is best removed at night, since prolonged contact of aquamarine with the body can be detrimental to the state of mind.

Astrologers do not recommend wearing aquamarine as an amulet to people born under the sign of Scorpio and Gemini.

For more than one century people have been using aquamarine as a natural biostimulator. Lithotherapists believe that it can help to increase resistance to various infectious diseases and significantly improve the immune system.

For an extraordinarily beautiful color of aquamarine, ranging from light blue to greenish blue, many jewelers appreciate the stone and often use it in their products. Having poured a diamond with a diamond cut, aquamarine wizard inserts encrust rings, brooches, necklaces, earrings and other jewelry,

The "sea wave" stone in any jewelry looks fresh and noble, giving the image integrity and inimitable chic. But it is best to wear aquamarine in the form of a suspension, because this mineral, like the sea, soothes and gives inner strength.

How to distinguish natural aquamarine from a fake

Artificially grown aquamarine is notThere is, therefore, a forgery is easy enough.

Aquamarine has sufficient hardness, but when storing it is recommended to keep the jewelry with it wrapped in a soft cloth. The stone is sensitive enough to open sunlight, in order to avoid discoloration the mineral is best kept in a closed case.

Aquamarine requires regular and thorough care, but it is best to do the cleaning as needed and do not overdo it.

Ideal for cleaning a stone - with a toothbrush and warm soapy water.

Photos of the aquamarine stone and its products 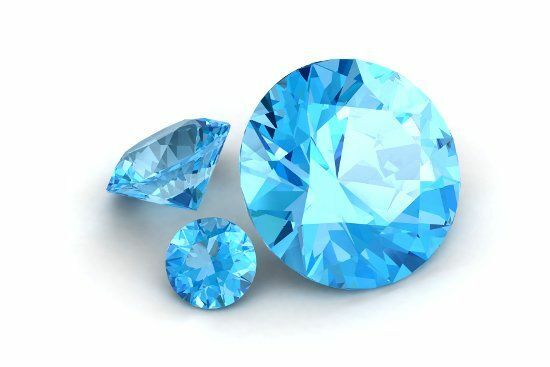 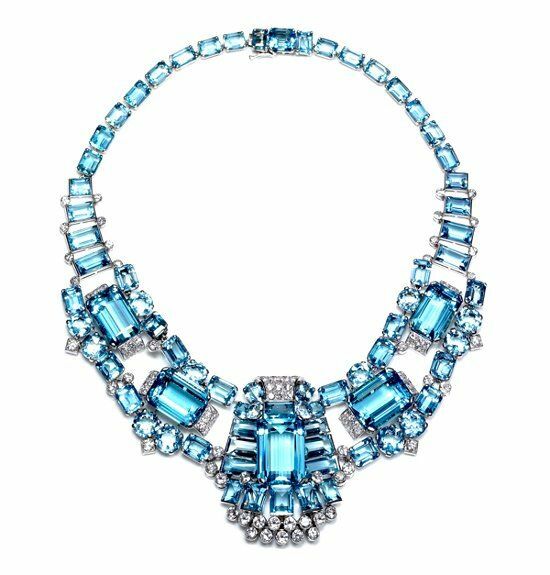 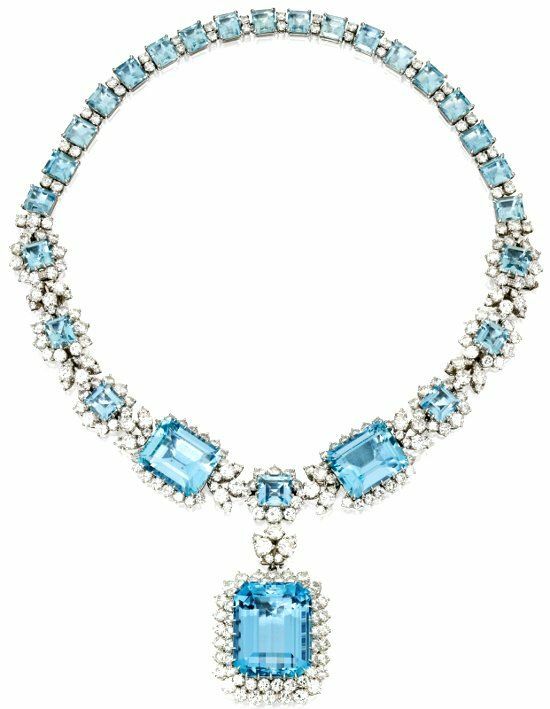 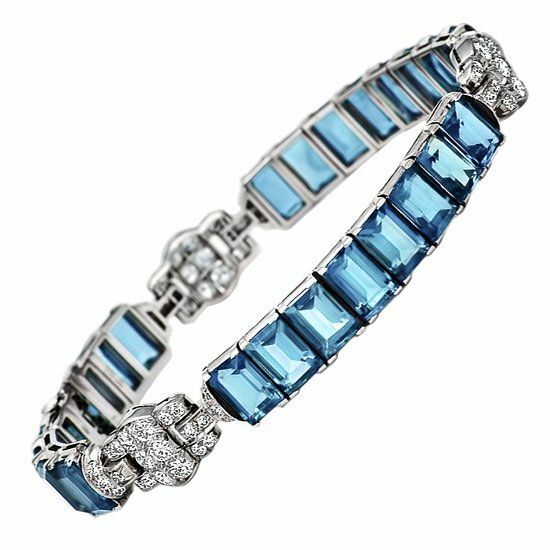 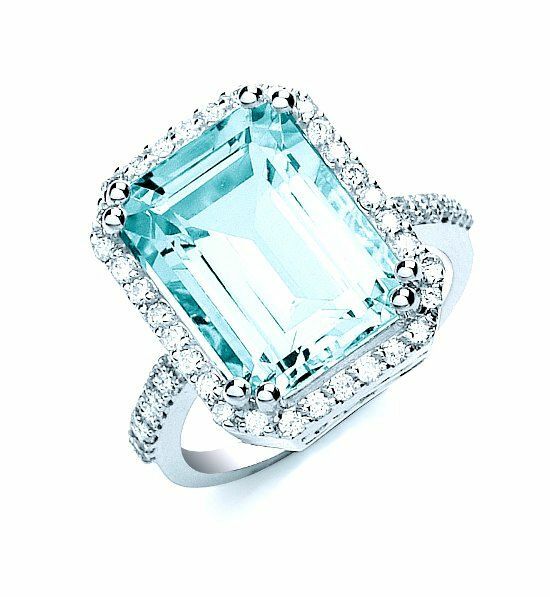