Stone tiger's eye and its properties 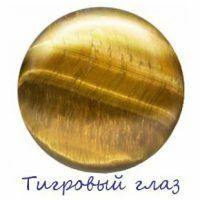 The tiger's eye is one of the so-called "eye stones", in appearance resembling the eyes of animals or birds.

Like other similar stones, the tiger's eye is distinguished by a special iridescent pattern and a specific arcuate radiance, due to which it has long been endowed with magical properties and features, and was appreciated as a beautiful decorative ornamental material.

Contents of the stone:

An unusual stone with the original name "tiger's eye "is known to mankind since antiquity. It was widely used for making various figurines, and as decorative inserts in jewelry.

The magic properties of this gem also valued, because ancient people believed that it contains the powerful energy of the Sun and Earth, as well as the amazing ability to convert this energy into tangible material success.

So, the ancient Egyptians believed that this stone is charged with the power of the sun god Ra itself and used products with a tiger's eye as amulets.

In the East, the tiger's eye was revered as the beloved stone of Shiva.

Ancient Roman legionnaires wore talismans from the tiger's eye before the battles, believing that they are able to protect them in particularly dangerous moments of battle.

The tiger's eye was regarded as a special amulet and a magical talisman and for Indians. They believed that this stone feels the approach of a dangerous predator and is able to warn the owner about it, changing its weight.

The tiger eye is a popular inexpensive ornamental stone widely used for making various ornaments and decorative items. Its important distinctive feature is a fibrous structure and an unusual iridescent effect - iris.

Its eloquent name "tiger's eye" stone was obtained due to its resemblance to the eye of a formidable predator - its undulating ebb and original radiance really resemble the ebb and shine of predatory cats' eyes. This bright optical effect is best seen when processing stones in the form of cabochons.

The gem has a bright beautiful golden brown, golden-brown or golden-yellow color with light iris bands and black patches. Most of all, copies of the tiger's eye with wide light bands and the smallest number of black inclusions are valued.

The special color and unusual optical effect of the tiger's eye is due solely to its chemical composition.

The beautiful saturated golden brown color of this mineral is due to the presence of goethite and limonite( iron hydroxides) in it, and the incomparable iridescent effect and unusual glow of the stone - the presence of fine-fibrous veins of the crocidolite.

Its chemical formula is SiO2 with an admixture of Fe2O3.This is a fairly hard opaque mineral with a pleasant silky shine. Its hardness on the Mohs scale is 7, and its density is 2.6-2.8 g / cm3.

The varieties of the tiger's eye

Lithotherapists claim that the tiger eye can help many ailments and recommend its use for treatment:

Natural stone tiger's eye is considered an effective tool for recovery after severe surgical interventions and in the prevention of various diseases.

It is recommended to wear jewelry with a tiger's eye and to improve overall well-being and mood.there is an opinion that this stone is able to help cope with chronic fatigue, inexplicable fears and depression.

Magical properties of the tiger's eye

The magical properties of this stone with powerful energy have been known for a long time, and were widely used by magicians to make strong amulets and amulets from evil spirits, dark forces and black magicians. He also made powerful talismans for warriors, believing that the magical solar forces of this stone can save his owner from wounds and death.

Strong magical properties of tiger stone are ascribed to these days. So, it is believed that this natural stone is able to help its owner in important endeavors, giving him strength and confidence, as well as to protect himself from dangers and ill-considered actions, giving him sanity and discretion.

It is commonly believed that it is the tiger's eye that can cure a person of the throes of jealousy.

To women, however, decorations from the tiger's eye can help to become good housewives.

According to people who believe in the magic power of stones, the brindle eye can:

Astrologers say that the tiger's eye is most suitable for people born under the signs of Virgo and Gemini.

So, Virgo he can help to find optimism and increase vitality, and Gemini - to discover hidden talents and understand incomprehensible situations.

This stone is also favored by Libra, Taurus and Lions.

And here it is better to avoid some signs of the zodiac of ornaments with a tiger's eye, it is:

As a relatively inexpensive but beautiful and popular ornamental stone, the tiger's eye is a very popular and widespread material for making a wide variety of jewelry, as well as small art items and massage balls.

The most popular decorations using the tiger's eye:

The cabochon is considered the best way to treat the tiger's eye, as well as other eye stones, which makes it possible to enhance its optical effect.

An interesting ritual for attracting wealth is connected with the tiger's eye. To conduct it, you must put a tiger eye stone or an ornament with it in a coin box with money and add to it one copy each day - a paper bill or a metal coin. They say that such a simple ceremony attracts profit and brings prosperity to the house.

The stone itself "chooses" the owner, who is able to help. So, to purposeful active people it will help to achieve considerable success in business, but inert and lazy will quickly leave.

The tiger eye carries positive energy, is very fond of sunlight and well "charged" by its warm rays. Therefore, litotherapists and people who are well versed in the stones and their properties, recommend putting it on "recharging".And, advise it to do in the second half of the day.

How to distinguish a natural tiger's eye from a fake

Although the tiger's eye is an inexpensive ornamental stone, it is often counterfeited, giving out for natural stone borosilicate glass, barium titanate or simply ordinary plastic.

How to distinguish a fake from a synthetic material from a natural stone?

Pictures of the tiger eye stone and its products 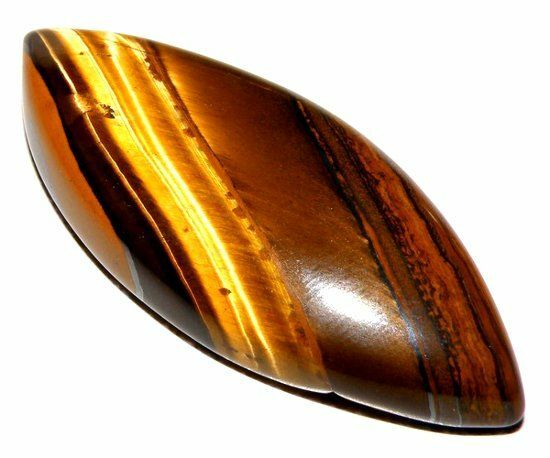 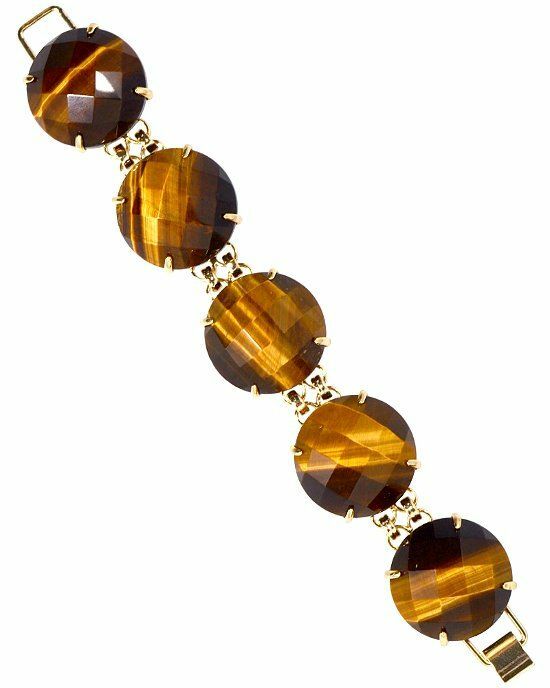 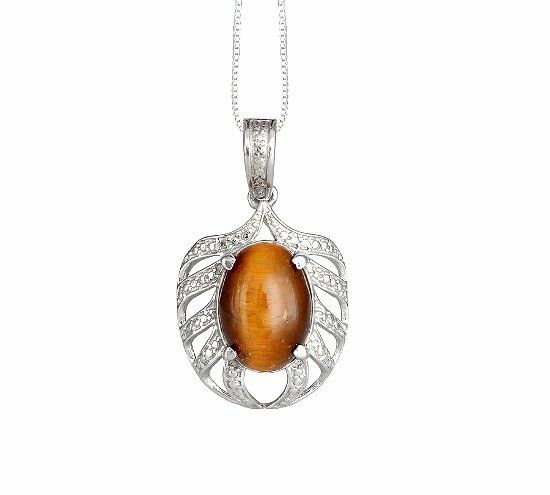 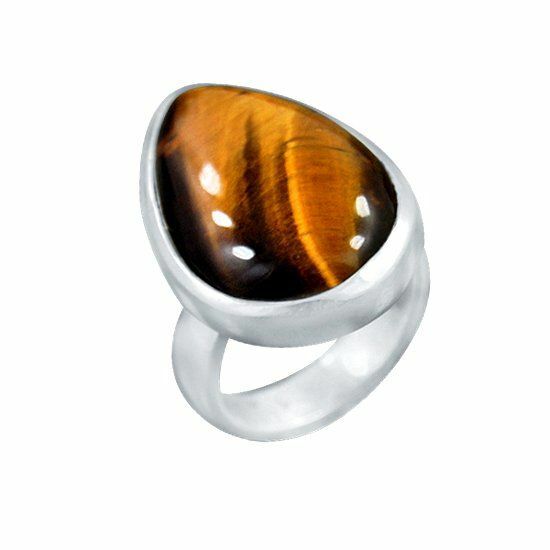 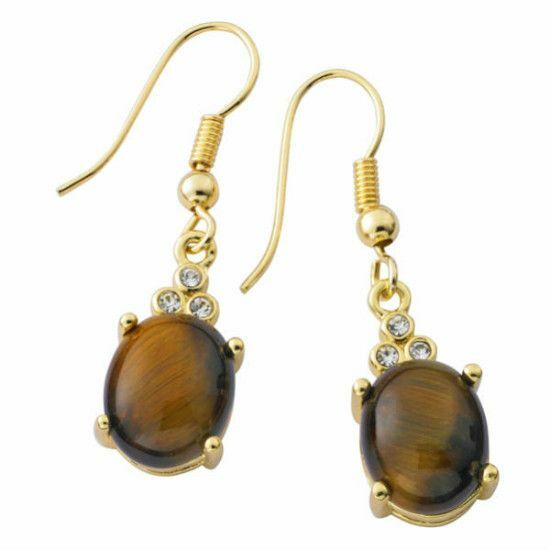