Maslenitsa is one of the most colorful holidays, which is very popular in Russia, Ukraine and Belarus. The essence of the celebration lies in the wires of winter and the meeting of spring, as well as in preparation for the great post. Where will Shrovetide take place this year, and how did the main traditions of this holiday originate? Read on.

The history of the celebration

The festival of carnival appeared even among the ancient Slavs as a custom by the wire of winter and the meeting of spring. Many scientists believe that this celebration was held exclusively in the spring and meant a special ritual, aimed at increasing the number of crops. However, the amount of winter fun inherent in the celebration confirms that the carnival was a winter holiday celebrated at the very end of February or beginning of March, when snow was still everywhere. 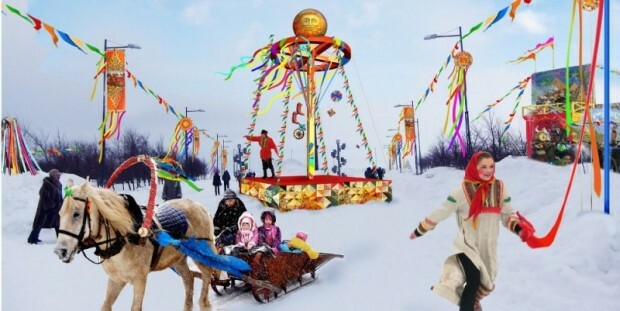 When the celebration of the carnival began, it is impossible to establish, because even in the oldest sources mention a certain celebration that took place during the vernal equinox. In many European countries during this period there were carnivals, designed to accompany the winter and meet the spring. However, in Russia such traditions were transformed, and afterwards they acquired a religious overtones. What are the main attributes, after studying the origin of the holiday, you can call it? This:

The history of the carnival 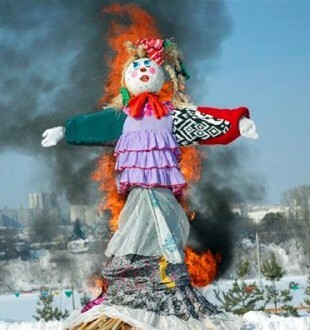 has always been directly related to the burning of the so-called effigy. Sometimes the scarecrow itself is performed purely schematically, but almost always it has the features of a female body. Scientists believe that this figure was the embodiment of the fertility of the earth. Burning a scarecrow, simple peasants many centuries ago prayed for a successful harvest, hoping for the fertility of the land.

Another symbol of the holiday is the pancakes. Now there are several dozen recipes for holiday pancakes, but traditional are those that were cooked on kefir or milk.

Despite the fact that the history of the appearance of carnival is for certain unknown to modern researchers, it is clear for certain that this celebration originated before the formation of Orthodoxy. Even after the adoption of Christianity, when pagan beliefs began to transform, the holiday acquired new, religious features.

You can not tell a story about the carnival festival without mentioning the dates of the celebrations. Traditionally in Russia, Ukraine and Belarus, this holiday takes place a week before the start of Lent and is directly related to the date of the Easter holiday.

Actually, the inconstancy of the date of celebration is the main feature of this earlier pagan and now Orthodox holiday. Many centuries ago, when the carnival was just beginning, the main celebrations were directly timed to the date of the Vernal Equinox. Now the celebration is directly connected with Orthodox traditions and beliefs. It is believed that a week before Lent, people should start to organize parties, pleasing themselves with a variety of food and traditional pancakes. 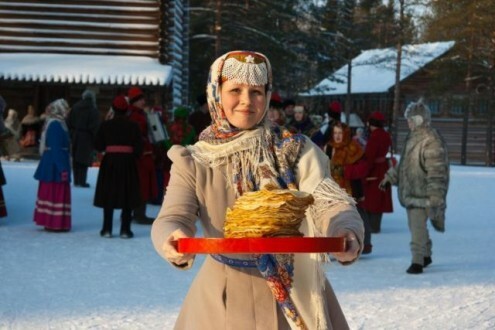 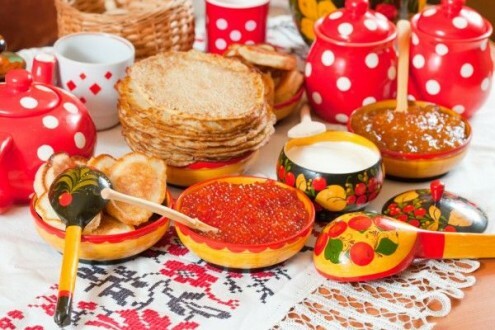 In 2017 the date of celebration of this celebration fell for a week from 7th to 13th March. On the last day of the carnival, the most merry and loud festivities come, and on that day a huge scarecrow is burned.

For the last day of the Shrovetide week, its customs are typical, and here are just some of them: 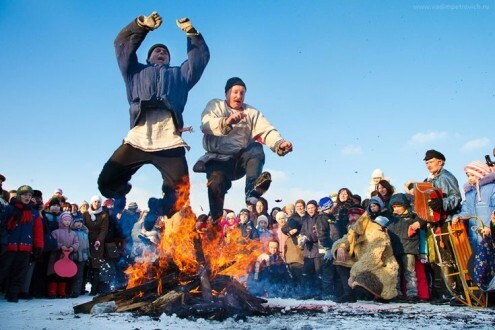 Of course, some of the ancient customs have long been transformed or disappeared altogether, but many people continue to take quite seriously the celebration of the carnival.

Where does the celebration take place?

Where there will be a carnival holiday - a question that the younger generation is regularly asked. In Russia, it is very stormy, it is possible to say, to celebrate the Shrovetide week on a large scale. That is why extensive festivities begin on the first day( that is, on March 7 this year), and continue until Sunday.

The traditions of carnival are quite extensive, therefore every day of the festive week has its own nuances. How does this walk through the days?

Of course, now the people's holiday is a little transformed. Many rituals are a thing of the past, and people prefer to celebrate only the last day of the Shrovetide week, all also rolling up posh celebrations.

The question of where the carnival is celebrated has no unambiguous answer. The matter is that this celebration is popular in the territory of many CIS countries, and it is especially in demand in Russia, Ukraine and Belarus.

Traditionally this religious celebration is celebrated on a grand scale in the main squares of the city, and some state institutions, institutes and schools arrange their events near educational institutions.
The celebration starts on Sunday or Saturday from the very morning and lasts until the middle of the day, and ends up as a result of burning stuffed animals. During the whole holiday, guests are tucked into pancakes and other treats, having fun, rolling on sleighs and playing snowballs.

Scarecrow Scarecrow and its history

The traditions of carnival celebration in all ages have meant the burning of a special scarecrow of enormous sizes. It was made of straw, hay and sometimes rotten foliage. Now in some cities people ritual transform, making the famous symbol of the holiday from wood or paper. The main thing is that the material from which the symbol of the holiday is made, burned out well.

Now the scarecrow is also burned on the last day of the celebration, after which the Lent period begins with its many restrictions.

Folk festivals for the carnival

Today, the Maslenits traditions have almost vanished into oblivion, and the only thing that contemporaries know about the holiday is that they need to burn a scarecrow and eat pancakes. In fact, the rites and customs of the celebration are very extensive.

So, for example, on the very first day of celebrations, it was customary to arrange a variety of booths, shows and fairs. In such places, fisticuffs and various winter entertainments were arranged. People could ride a sleigh, play snowballs and make a snowman.

On the same day, everyone was starting to build a stuffed pancake week, which was burned on Sunday. Constructing a celebratory effigy, he was thrown on a sleigh, after which the whole family went to ride around the city. This ritual could be repeated every day for a week. 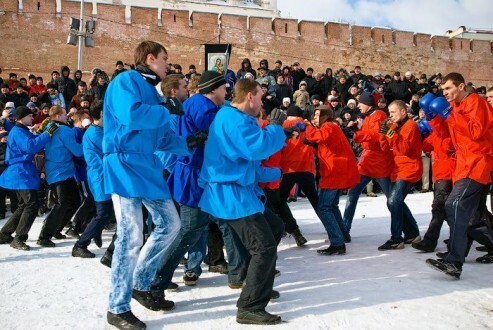 festivities were arranged on Thursday, because it was not for nothing that this day carried the talking name "binge".At first people went to participate in noisy feasts and in fisticuffs, after riding on horses, and the celebration ended with a large-scale capture of a snow town.

Everywhere on this day there were bonfires, ritual jumps through fire. It was believed that jumping through the fire, a person cleanses his soul on the eve of major religious holidays.

Approximately the same scheme celebrations were held on Sunday. People actively had fun, burned stuffed animals and could walk until late at night. After burning the stuffed carnival, the celebration was officially finished, and people went home. On this day, unmarried girls could conduct fortune-telling on a suitor. After the evening festivities, there was a time of long fasting.

Many researchers believe that with such large-scale festivities people tried to prepare themselves for further long-term restrictions.

The role of pancakes in the celebration of the carnival

For the holiday of Shrovetide, customs are very diverse, but perhaps the most popular of them is the production of a variety of pancakes. This treat has long been a symbol of celebration, and now there are several dozen recipes for the festive treat. Here are just the most famous types of Maslenitsa delicacy:

There is a version that this treat was the personification of the sun because of its shape. Also, this symbol of the approaching holiday was of a commemorative character. The carnival itself has an obvious memorial significance. For example, during this period many centuries ago it was necessary to visit the cemetery, remember the deceased relatives and eat abundantly at various feasts. Pancakes were also one of the main dishes at any funeral feast. With their help, the ancient Slavs saw off and remembered the winter, as well as all deceased relatives.

When the last day of all festivities came, it was customary to burn the remnants of festive treats as a symbol of the past season. Among the people there was a belief that the pancakes left in the house after the Maslenitsa could bring misfortune. 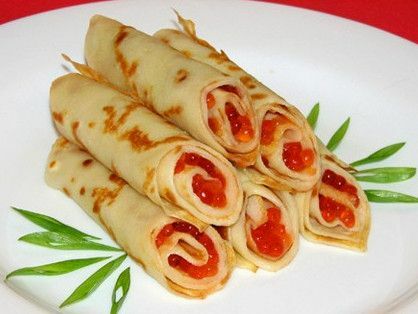 a treat could be with anything. So, for example, the housewives cooked pancakes stuffed with caviar, berries and fruit. The meal itself was often eaten with sour cream and jam.

There were traditions about who should prepare a festive treat. For example, on Wednesday, on the third day of the celebration, the mother-in-law was responsible for preparing the pancakes, to which the son-in-law and all his relatives came. On the first day of the celebrations, the main treat was prepared in all the houses without exception.

According to the history of the holiday and its traditions, the first manufactured pancake mistress was to give to the poor, showing her kindness and cordiality. In general, it was considered a very good sign to show kindness in the Shrovetide period. That is why people often shared a festive table with the poor, distributed treats throughout the week, trying to purify their soul.

The ceremonies and traditions of the celebration are imperceptibly transformed until now, and despite the popularity of the celebration, modern people know about it not so much. Noting the national holiday on a broad foot, believers escort the past year, winter and meet the spring. 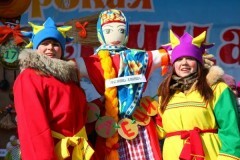 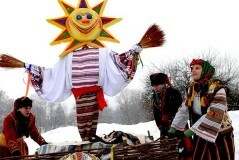 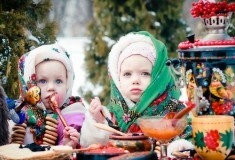 And let ritual ceremonies more and more lose relevance, this celebration with its bizarre confluence of Orthodox and pagan customs, it seems, will never perish and will not be an echo of history. 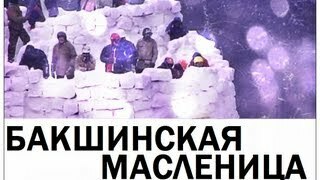 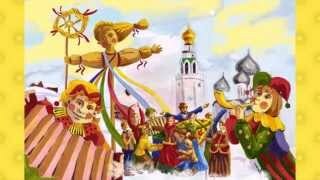 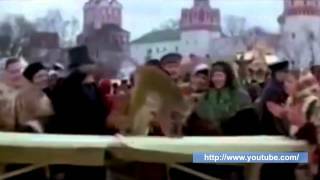