Heel and everything about it

Some researchers argue that the beginning of the history of footwear "at its height" originated back in ancient Rome. Others say that the great Leonardo da Vinci had something to do with it. There is also a version of Ancient Egypt, according to which common tillers used a pin on the sole for a better stop when moving on loose ground.

The name of the person who once invented the heel is a thing of the past and remains a mystery. But there is some evidence that in the 16th century French shoelaces made a small groove in the soles of the men's shoes to facilitate the foot hit the stirrup during riding. The first shoes on the heel, oddly enough, was made for men, and for husbands from high society. She entered the familiar life much later.

The first woman to pay attention to an interesting novelty was Catherine de Medici, the wife of the Duke of Orleans. The first order for a shoemaker for a pair of shoes she made in 1533.This fashion quickly absorbed the entire aristocracy of France. Shoes with an elongated narrow toe were decorated with ribbons and embroidery on the ascent.

More traditional for modern fashionistas prototype of high shoes appeared already in the XVII century and was a platform with a cutout inside. Unhappy women moved in such clothes for the feet only with the help of a cane. The height of the sole could be determined by the estate.

After a while there was a classification of the heel, well known to modern women: "wedge", "hairpin", "glass", etc. There was also a division in height: up to 6 cm - low, from 6 to 8.5 - medium, more than 8.5 - high. By the way, the length is measured from the base of the sole, not from the floor.

The revolution in France has revolutionized not only the minds of people, but also the fashion. Josefina Beauharnais - Napoleon's wife, introduced a new style. So on the arena appeared shoes without heels, having ties around the calves, and the height has sunk into oblivion.

The fashion came back in the 70s of the XIX century. At this time, shoes began to be manufactured by industry. The twentieth century - the peak of popularity: in the 20-ies.- hit was dance shoes with a stable heel, in the 30s - white canvas with a rod in the form of a pyramid.

Hairpin in the history of

The most mysterious legend has a "hairpin".It seems that the first model created in the 20s of the XIX century Charites Jorda - designer of the famous House of Dior. Claims for the championship put forward a few more people: the French Raimone Massaro and Roger Vivier, as well as the Italian Salvatore Ferragamo. Roger, for example, made for the English Queen Elizabeth sandals with rubies as far back as 1953.Later he began to wear Sophia Loren, Audrey Hepburn, Maria Callas.

Salvatore was a great visionary and invented a hairpin above 10 cm. One of the first to test the invention of Marilyn Monroe. Later she will say: "I do not know who invented heels, but all women are the debtors of this man!"

To date, many varieties of heels have appeared: Viennese, brick, column, wedge-shaped, cone-shaped, etc. And how many more creative design forms!

And yet, lovers should be on top to think about health. Remember at least a story with Victoria Beckham, which ended in surgery. Permanent wearing leads to leg fatigue, lumbar pain, cramps, which subsequently end with arthritis and arthrosis. The recommended limit is 3-4 hours per day.

And yet, elegant high shoes make a woman unusually elegant and gives a sense of excellence. Shoe experts believe that good copies of clothing for the legs must be inherited as jewels. 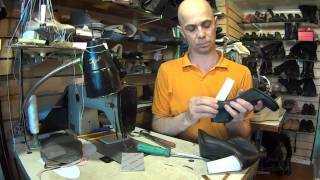 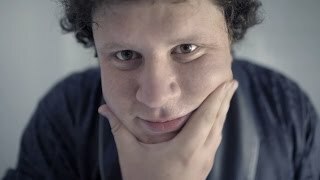 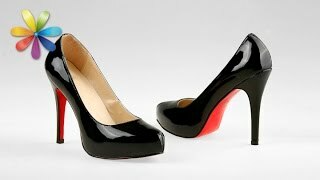